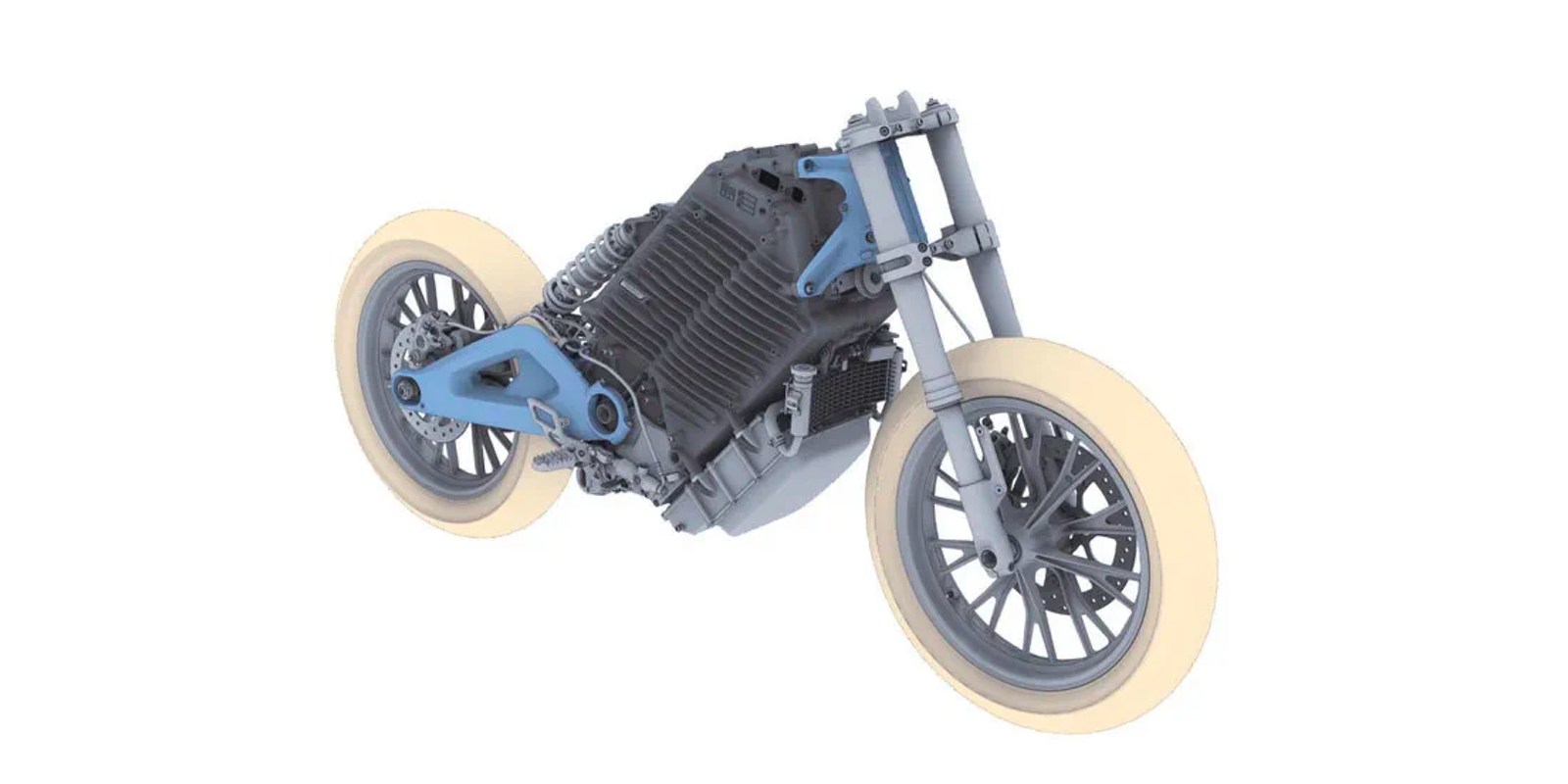 Harley-Davidson’s LiveWire engineers have been hard at work for years developing multiple platforms of electric motorcycles. The original Harley-Davidson LiveWire bike that morphed into the LiveWire One under H-D’s new sub-brand gave us our first look at a high-powered electric Harley, but the manufacturer’s Arrow platform for a second electric motorcycle pushes that technology further with a new middleweight design that is likely to be easier on riders’ wallets.

The major difference in the Arrow platform is that the battery pack is no longer housed inside of a frame but rather becomes the frame.

Or rather, it becomes a structural component of the bike to which the steering head tube, motor, control electronics, swingarm, and other major components simply bolt onto.

The battery pack will be comprised of 21700-sized lithium-ion cells and it will be produced in a number of voltages and capacities.

That creates a much more modular platform that can be used to create a number of different models. And that appears to be what Harley-Davidson’s LiveWire engineers are doing.

The first new model, which bears the model designation “S2” and the name “Del Mar,” bears a striking resemblance to the flat tracker electric motorcycle that Harley-Davidson revealed as a concept several years ago.

We’ve previously discussed how such a middleweight electric motorcycle could be exactly what H-D needed to revive interest among younger riders. And that’s exactly the bike that is slated to follow the LiveWire One. The S2 Del Mar will become the first production bike using the new Arrow platform.

A teaser for the new bike was included in a presentation to investors following Harley’s announcement that LiveWire would go public using a SPAC with KYMCO.

While the LiveWire One is priced at $21,999 and dips even lower when federal and state tax incentives are included, the S2 Del Mar could prove to be much more affordable.

The middleweight bike likely won’t need the LiveWire One’s impressive performance, such as the 100+ hp motor or the 0-60 mph time of 3 seconds.

By dialing back the performance and range, as well as working with a more modular platform that may offer reduced production costs, H-D could present a highly competitive electric motorcycle.

The news comes at a time when established manufacturers such as Zero and Energica are expanding their offerings and physical reaches across the US and international markets. Not missing a beat, several smaller companies are aiming for their own piece of the e-moto pie. LiveWire’s new platform and upcoming middleweight electric motorcycles could be just what riders are looking for, breathing fresh new models and increased competition into the market.

With several follow-on models planned, H-D appears to be finally making good on its promise to bring several new electric motorcycles to market.