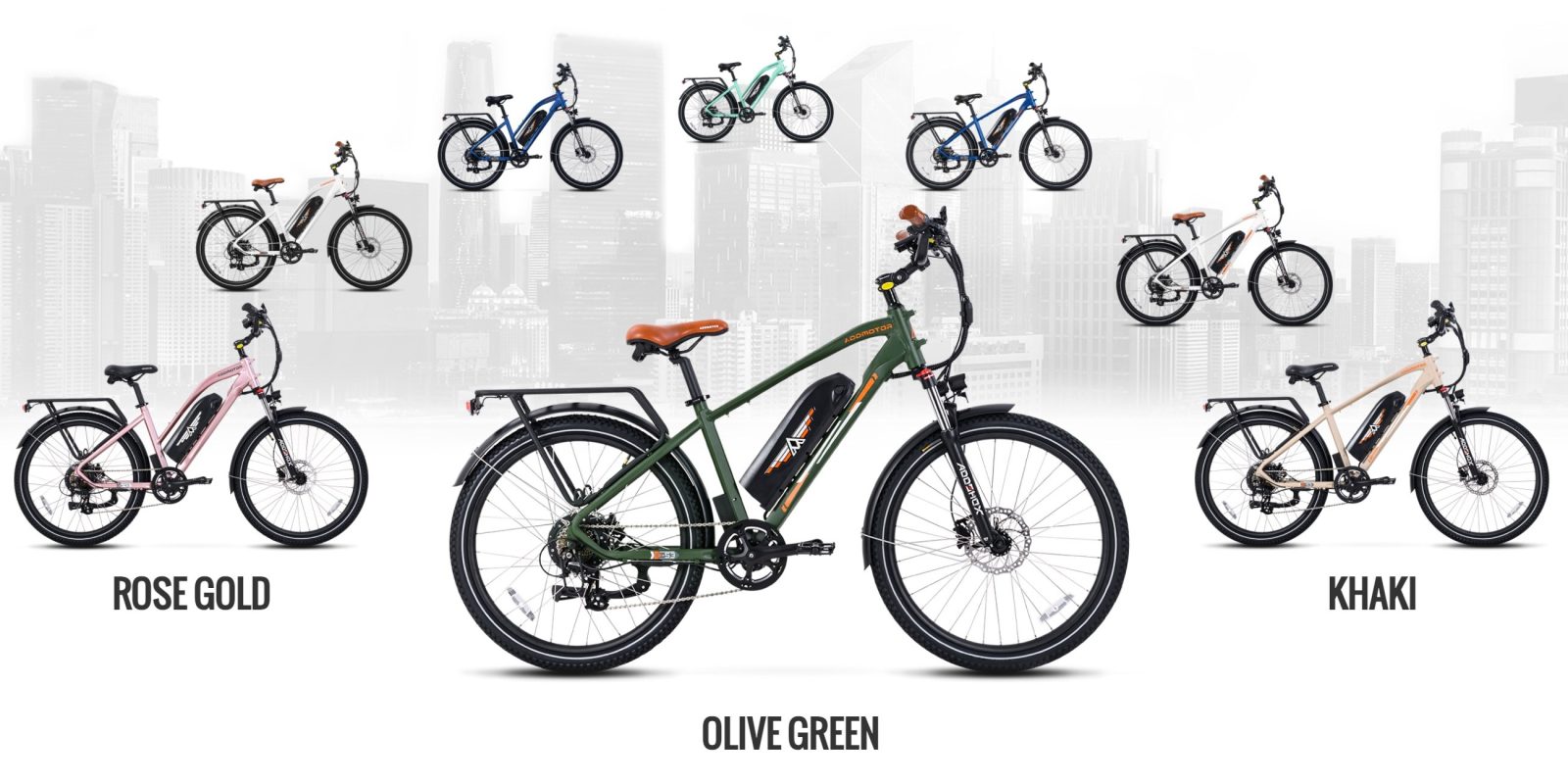 Replacing cars as commuter vehicles is one of the best uses for electric bicycles, which help would-be riders turn into actual riders by adding the confidence boost of electric pedal assist. Now Addmotor is hoping to cash in on the market with its own electric city bike known as the City Pro.

But with the announcement of the new Addmotor City Pro, the company is planning a more traditional diamond frame e-bike for metro-style riding.

The new model may look like a typical city e-bike, but it comes with a few features that we normally only see on higher-spec models.

The 500W motor is said to offer 900 peak watts of power, making for strong starts and proper hill-climbing performance.

Hydraulic disc brakes are also included standard, improving the braking power and reducing the routine maintenance requirements of the bike.

The Addmotor City Pro also comes in two frame styles (step-over or mid-step) and six color options, though not all colors are available for all frame styles.

Retail pricing will be set at $2,099, but the bike will go on pre-order later this month with a promotional discount of around $500.

Surpassing the $2K-mark puts Addmotor somewhat above “value” e-bike territory, but the extra-large battery and inclusion of slightly better components such as hydraulic brakes may sway riders who want a bit of an upgrade over more affordable, base-level city e-bikes.

Addmotor also has several models that cross into the $3K+ territory, so this isn’t exactly new ground for the e-bike company. Addmotor has more typically focused on larger fat tire e-bikes though, and so the entry of an efficient city model certainly adds some nice breadth to the company’s lineup.

Addmotor isn’t going to win any beauty pageant awards for the e-bike, which sticks with the old school frame-mounted battery. Many companies are moving to integrated batteries that look sleeker and cleaner, but it’s still hard to hide this much battery inside the frame tubes.

You can see the new City Pro e-bikes in Addmotor’s video below, which is a bit more upbeat than I would have expected for a city bike promo.