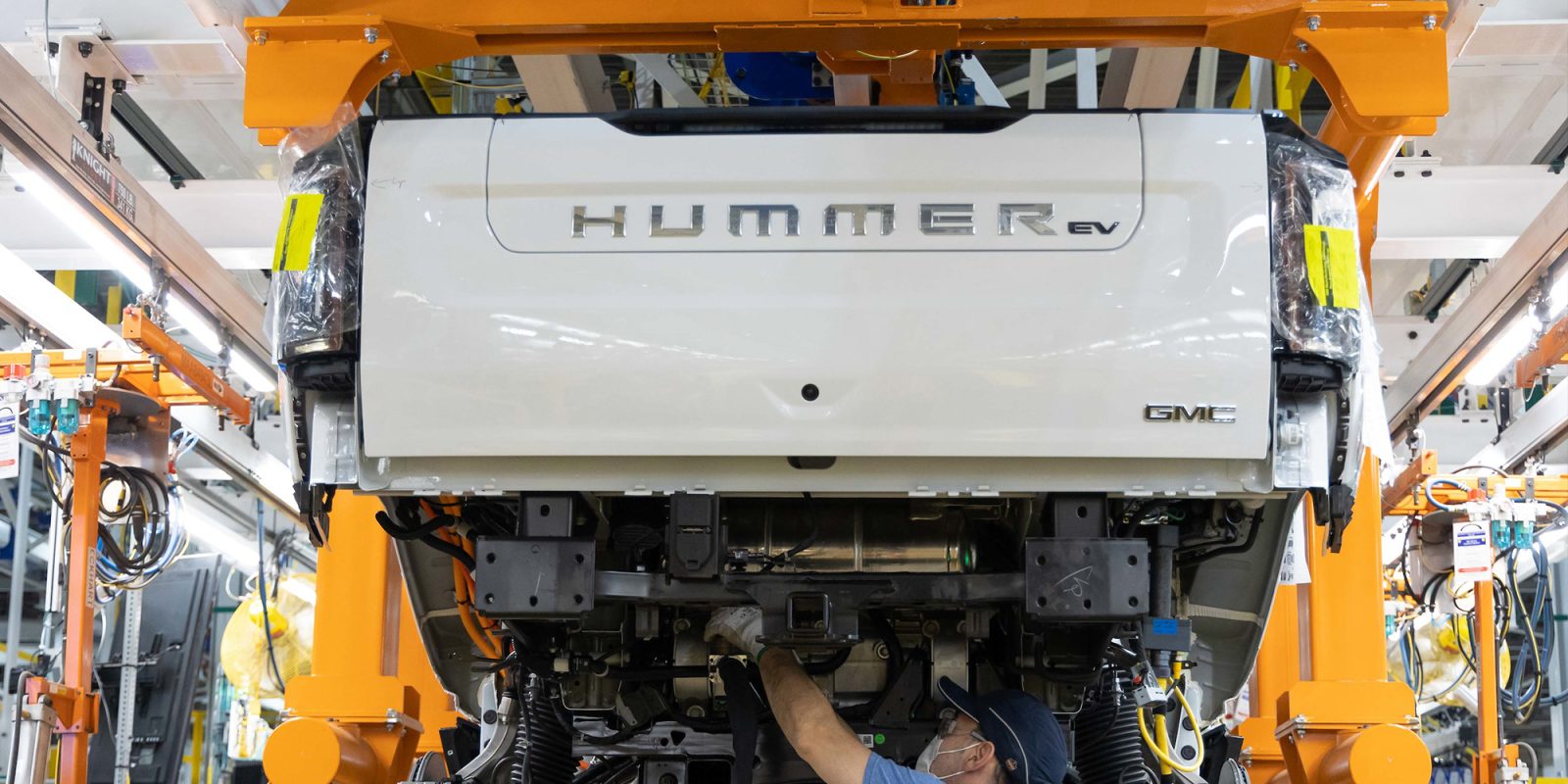 General Motors announced a joint venture alongside POSCO Chemical to erect a new factory in North America to process Cathode Active Material (CAM). CAM will be vital to GM’s production of its proprietary Ultium EV batteries, as the legacy automaker looks to establish a larger presence in US EV production.

General Motors is a household name in automotive production that now looks to shift its 113 year history of combustion toward an all-electric future. A mere year ago, GM vowed to deliver 30 new EVs by 2025, two-thirds of which will be available to US consumers.

The company has since unveiled upcoming EVs such as the GMC Hummer EV, Cadillac Lyriq, and a Chevy Silverado EV, although none have seen deliveries yet. A huge factor in GM’s acceleration toward EV adoption is its Ultium battery technology which is being utilized in its vehicles as well as electric locomotives.

Last May, GM confirmed a $2.3 billion investment with LG Energy Solution to build a gigafactory for EV batteries in Tennessee. This was followed by additional investments from the company in June to further accelerate EV production, including two additional GM plants for EV batteries by mid-decade.

With goals to limit supply chains and bring both labor and EV production stateside, GM announced an investment and commercial collaboration with Controlled Thermal Resources (CTR) to secure lower-cost lithium in the US.

Together with the help of POSCO Chemical, GM looks to process the materials for its EV batteries locally as well, through a new North American facility.

GM to process materials for EV batteries in North America

The announcement came via a press release from GM today alongside limited details and brief quotes from both the automaker and POSCO Chemical.

Our work with POSCO Chemical is a key part of our strategy to rapidly scale U.S. EV production and drive innovation in battery performance, quality, and cost. We are building a sustainable and resilient North America-focused supply chain for EVs covering the entire ecosystem from raw materials to battery cell manufacturing and recycling.

The TBD North American facility will be focused on the processing Cathode Active Material (CAM). According to GM, CAM is key material that represents roughly 40% of the total cost of each of its EV batteries.

Although the current agreement with GM is currently a non-binding term sheet, POSCO CEO Kyungzoon Min shared a similar sentiment about the prospective North American venture:

We are very pleased to participate in the global battery supply chain project with General Motors. Through close partnership, we will innovate battery materials and contribute to accelerate the adoption of EVs based on our world-class product development, mass production capacity, and raw materials competitiveness.

GM stated that both parties plan to sign a definitive agreement soon – the new material processing facility for EV batteries is expected to open its doors in 2024. The location will be announced at a later date.