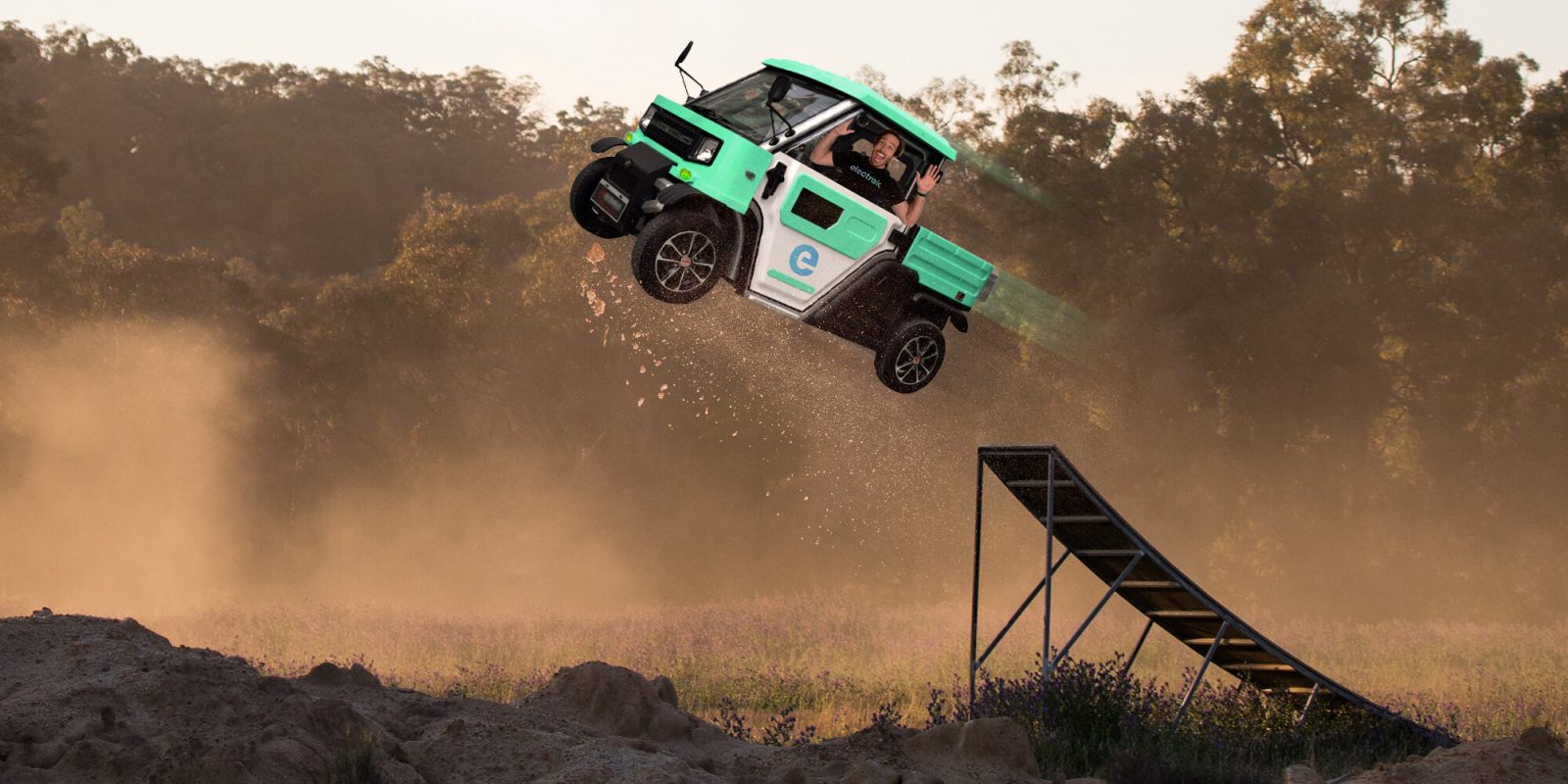 While Alibaba is known for having some oddball vehicles, its electric truck collection is often even weirder than average. So I know that when it’s time to dive into the depths of outrageous electric vehicle design for my weekly Awesomely Weird Alibaba Electric Vehicle of the Week column, I’ll often bob to the surface clenching a weird new trucklet in my teeth.

And this week is no different, with a funny little electric truck-like thing taking center stage.

If people laughed at my own $2,000 electric mini-truck that I bought from Alibaba earlier this summer, then I shudder to think what kind of ridicule I’d get with this adorable attempt at a utility vehicle.

First of all, it looks like its straight out of a Lego set.

This is the kind of thing a kid would assemble in a Pixar movie, and then a magical wish would bring it to life with an endearing personality and a warm, fuzzy takeaway message about loving yourself the way you are.

I dig it, because I already love this thing despite (or maybe even because of) its quirky appearance.

Despite the Alibaba vendor calling it an “electric four-wheeler pickup truck”, I think it’s less pickup and more UTV. At least my Chinese pickup actually looks like an aborted F-150. This one looks more like a Polaris Ranger that gets assembled at IKEA.

Alright, but let’s put looks aside for a moment. Because like I said, I already love this thing. In fact, it looks like it has a lot of utility.

Compared to a typical open UTV or even a golf cart, this thing gets fully enclosed. Operating it in the rain would be much nicer, and it could even stay decently toasty inside for winter operation.

Next, the handling is probably… decent? It has a solid rear axle like most low speed vehicles from China, but at least the front features independent suspension. And the 145/70R-12 tires are also bigger than we typically see on these little vehicles.

A whopping 3 kW should be enough to hit those speeds on flat ground, but I’m guessing you could finish your coffee in the time it takes to reach that speed.

And extreme hill climbing is likely out of the question with just four horsepower to its name.

I might need to do a few modifications before I could take it off a sweet jump.

At least the 60V and 100Ah battery pack is quite large for a vehicle of this size, measuring a full 6,000 watt-hours. Though the old-fashioned lead acid batteries would be the first thing to go if I bought one of these. Popping in a couple 3,000 Wh lithium-ion batteries as replacements would be a good start.

Of course those batteries would cost half the price of the vehicle. The Alibaba vendor quotes a price of $3,650 if you’re buying just one. They’ll knock a whole $200 off each vehicle though if you’ll take ten or more.

Now that’s what I call a party!

Time to get one of those massive inflatable beach balls and start a giant soccer game! The trucklets even come in several different colors, making it easy to form teams.

I know I’ve poked some fun at this thing, but it actually looks pretty sweet for utility work. Just check out all of that interior!

If I was a groundskeeper or needed to do rounds at a factory or campus, this is the type of vehicle I’d want. Anyone can get a ClubCar or golf cart. But something like this offers style points you just can’t earn elsewhere.

In fact, I better stop browsing this product page or I’m going to end up with another weird thing taking up space in my garage.

If you want to see more fun and odd electric vehicles that I’ve found while scouring the goldmine that is Alibaba, check out the list below. Or if you happen to stumble upon your own interesting discovery, send me a link! It may just get featured in an upcoming edition of the Awesomely Weird Alibaba Electric Vehicle of the Week series!