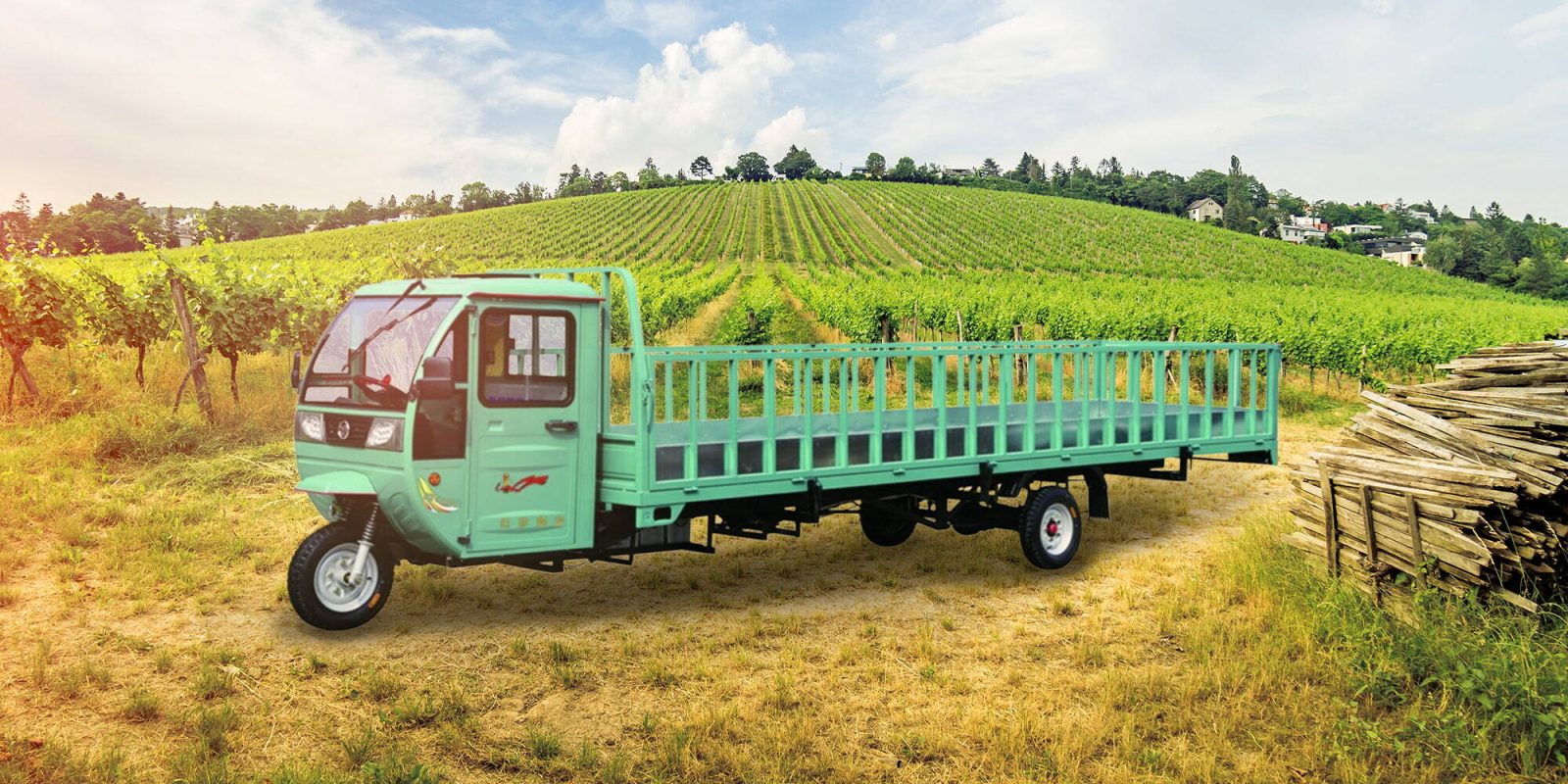 Back in high school, prom night saw several of the senior elite roll up to the dance in fancy limos. Something tells me that if I had pulled the same move in this funny stretch limousine electric tricycle, I might not have gotten a quick invite to the cool kids’ table. But that’s ok. Life’s too short to care about anything other than having fun — and this trike has fun written all over it in size 12,000 font.

Electric tricycles have made it into the Awesomely Weird Alibaba Electric Vehicle of the Week series before, but not like this.

Past entries have included electric three-wheeled RV campers and electric drift trikes, but this is by far the longest trike I’ve seen.

The old adage says size might not matter, but no one told that to whoever designed this ladder on wheels.

I’m not quite sure what was going through their heads this time. Maybe they just had a pile of extra rails and decided to use them all up on the last trike of the day.

Or perhaps someone accidentally missed a decimal point on a spec sheet, and this is what rolled off of the assembly line.

However, this extended-release trike made it into the world, and I’m just glad it did!

I guess it’s probably designed more for rural work, which would make sense. Why order a logging truck when a logging trike can do the same thing with one less wheel? Or maybe take it on a hayride. You could fit everyone from town in just one loop!

Or maybe it’s an agricultural shuttle bus. At the end of the day, all the farmhands can hop in the back and ride off towards the sunset — or the closest bus stop. It may not be covered in the back, but at least the driver gets a fully enclosed cabin and even a working windshield wiper. So that’s 50 drenched dudes in the back and one happy clam up front.

With a maximum of a 4 kW motor, the acceleration is likely anywhere from peppy when the trike is empty, all the way to a snail’s crawl when it is fully loaded down.

The top speed of 30 km/h (18 mph) sounded a bit disappointing to me at first. But the more I thought about it, the more reason began to kick in. How fast do I really want to be going in this thing? At full bore, I think I might just punch through the wall on any sharp turn, so maybe slower is the way to go here. Frankly, it looks like it has both the turning radius and stability of a canoe.

But at least this rolling scaffolding should be able to ride all day. It sports an 8.6 kWh battery, which is easily 3-4x the size of most electric scooter batteries. I guess when you have this much space, it’d be a shame not to fill it with batteries.

I’m no stranger to trike trucks — I’ve even done a full review on a pretty fun one. But they are usually much closer to the electric bicycle end of the spectrum. On the other hand, these Asian trikes are much more vehicle-centric, which obviously adds to their utility and charm.

You know what else adds to their charm? The fact that they can be yours for the low, low price of just $2,000! Of course, that doesn’t include shipping, which isn’t going to be cheap since you’d pretty much need an entire 40′ shipping container to move one of these around the world.

But hey, we can dream about having our own stretch limousine electric tricycle. Next time they need someone to move a wind turbine blade, they’ll know who to call.