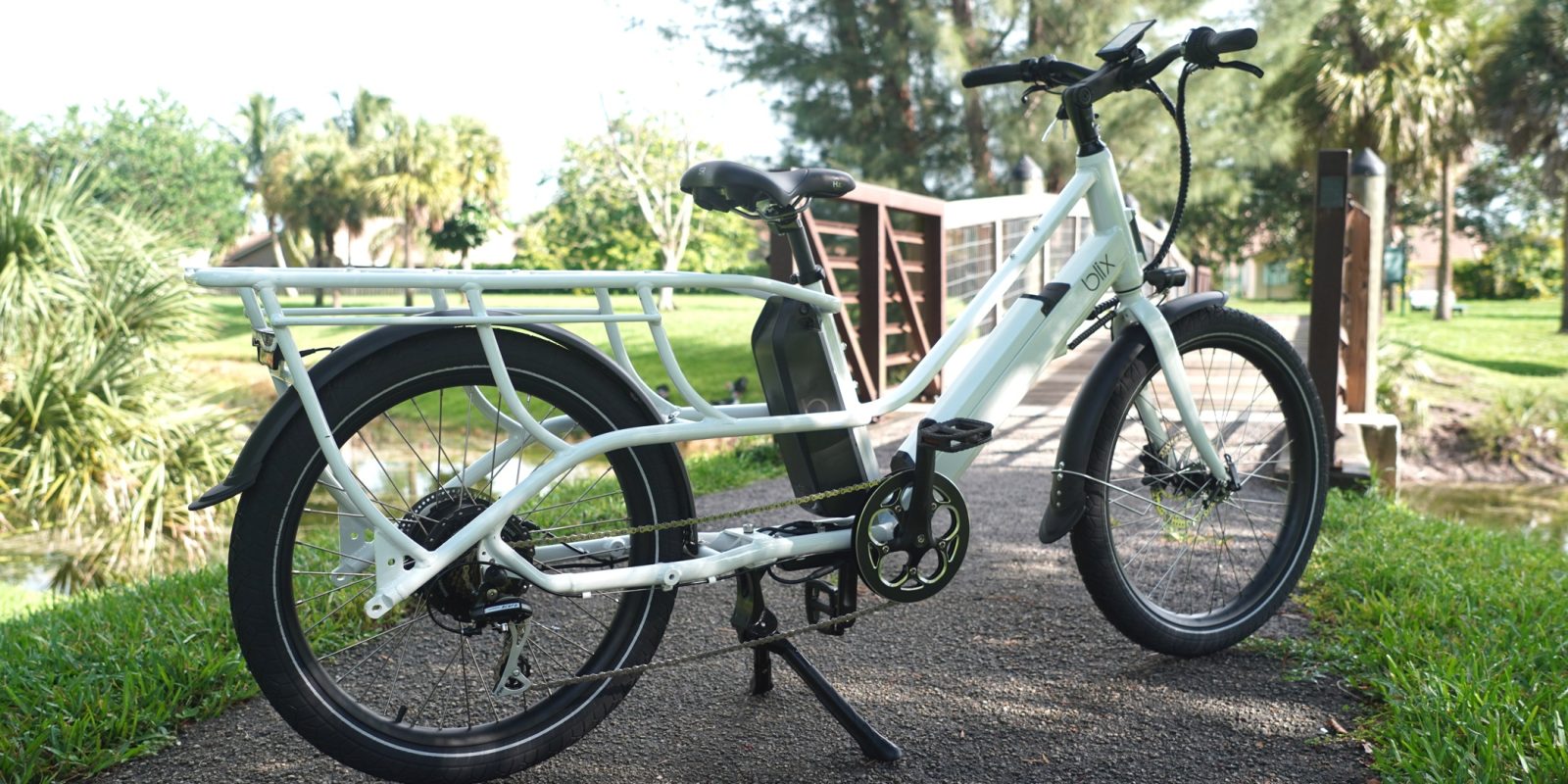 I love riding electric bikes in part because of how many different uses they offer. I enjoy riding the trails or cruising the beach as much as the next guy, but e-bikes offer so much more than just fitness or recreational riding. Any day I can replace a car trip with an e-bike is a good day, and electric cargo bikes like the Blix Packa Genie I’ve been riding offer some of the best utility out there for true-errand running and people-moving.

Plus there’s the added bonus that it remains easily street parkable, just like a normal bike (albeit slightly longer).

Blix recently updated its Packa cargo e-bike, giving it more utility than ever. And now with the new dual battery option, it offers some of the best range out there.

To see it in action doing double duty as a cargo-hauler and people-mover, check out my video review below. Then keep scrolling for pictures and my complete thoughts on the bike.

One of the first things I noticed about the Packa was that it wasn’t only a cargo e-bike, it was actually a good-looking e-bike too.

That’s not a given in the world of longtail cargo e-bikes, where proportions get stretched and aesthetics are often sacrificed.

But Blix Bikes is known for their elegant and classy Dutch-styled e-bikes, and so the company managed to put those skills to use and maintain an actually good-looking cargo bike.

But what good is appearance if it doesn’t work well. Fortunately, Blix is coming in hot with great performance to boot.

The 750W motor is surprisingly strong. Blix says that despite the 750W nominal rating, it really pulls up to 1,350W of peak watts. That probably explains why it gives that kick-in-the-seat-of-the-pants feeling.

Many cargo e-bikes feel sluggish due to the extra weight, but the Packa here has an almost hot-rod feel to it. When you twist that throttle, the torque kicks in immediately and it really flies off the line. Considering it is designed to carry heavy loads, that’s exactly what I want in a cargo bike. The 24″ wheels are a bit smaller than typical 26″ wheels and help increase the torque with a favorable gear ratio, which likely contributes to the extra boost off the line. They also keep the weight in the cargo baskets from sitting too high and feeling unstable. Many cargo bikes have gone to even smaller 22″ or even 20″ tires, leaving 24″ tires like these as some of the bigger tires left in this type of e-bike.

This is a class 2 e-bike and that means it tops out at 20 mph (32 km/h). While I usually enjoy having more speed at my disposal, cargo bikes are one of those times where 20 mph feels plenty fast to me – especially when they are loaded down with weight or passengers.

So between the quick accelerations and the 20 mph top speed, the performance feels great to me.

But there’s more to the equation than just how much go-power the bike has. Stopping is just as important (or arguably more important, depending on who you ask). A pair of powerful hydraulic disc brakes bring the Packa to a stop quickly and confidently.

I’ve ridden electric cargo bikes with poor brakes before, and it’s not a confident feeling to grab the levers only to feel your momentum slooowly bleeding off. The Blix Packa Genie’s brakes are exactly what I’m looking for – crisp, quick, and controlled.

The real star of the show here is just how much range you get when you opt for two batteries. The bike comes with either a single or double 614 Wh battery. A single pack is good for 40 miles (64 km) while the double battery option with 1,228 Wh offers 80 miles (129 km) of range.

Now that’s the pedal assist range, and going throttle-only will probably net you closer to 25 or 50 miles (40 or 80 km) on the single or dual battery models respectively. But with my mixed riding of pedal assist and throttle action, I fell somewhere in the middle of that range.

The downside to two batteries is that they make the bike pricier, though surprisingly not by much. The second battery is only a $300 increase.

I say “only” because, despite $300 being a lot of money, it’s actually much less than it would cost to buy a 614 Wh battery at retail. So they definitely don’t gouge you on the second battery option.

All sorts of cargo options

Enough about the bike’s performance though, let’s talk shop. Cargo e-bikes are all about cargo options, and the Packa Genie has plenty.

I swapped the front nameplate out for a front cargo basket, while on the rear I installed the kid carrier and padded seats.

The front basket was great for smaller boxes and backpack-sized cargo. The rear kid carrier can be used for cargo (as long as it’s big enough to not fall through the leg area, and a cheap cargo net might be a good accessory to add when not doing kid-hauling), but it obviously excels at its true purpose – kid carrying.

I lugged my nephews all over the place and we turned that bike into the local kiddo taxi. The rails around the back gave them something secure to hold onto, though I definitely should have gotten the running boards so that they had somewhere to put their feet. But fortunately kids are adaptable and they just put their feet on the frame. I told them not to put their feet in the spokes, as my sister would be very angry if I returned them without toes. Though on the bright side, at least it would take them longer to grow out of their shoes.

If Blix wants to add a clear shield for kid feet though, I wouldn’t be opposed to its inclusion as a safety feature.

One other thing that struck me as I got to know the bike was just all the little extra touches and fine details that Blix added.

The steering stabilizer and giant double kickstand made parking a breeze.

The paint was very nicely applied and definitely looks better than the typical rush-job paint applications we see in this price range.

The adjustable stem allows riders to dial in the height and reach of the handlebars to fit various body sizes.

Even the bell was creatively mounted on the hydraulic brake lever’s oil reservoir instead of taking up extra space on the handlebars.

And speaking of those handlebars, check out the nicely wrapped wires and cables that make everything look classier and buttoned up. That’s not entirely unique to Blix – we see it every now and again – but its a rarity that really stands out.

When you see so many different e-bikes all the time, it’s the attention to detail and little extras that start to really make a difference between the models.

As I mentioned, electric cargo bikes seem like the best car replacement option to me since they can do so much.

The Packa is still normal-sized enough that I can treat it like a typical bike. It’s not gigantic, though it is bigger than a traditional city e-bike. But that doesn’t stop me from using it as personal transportation to run to the coffee shop or perform a normal commute on.

At the same time, it’s got all that added utility with front and rear cargo space. I can literally do more than a week’s worth of grocery shopping on it, though that might be less than a week depending on how big your family is.

And it looks great, to boot!

A couple thousand bucks is a serious investment, but if it prevents you from having to buy a second family car, that could be some serious savings instead. My wife and I are a one-car family precisely because we use two-wheelers so much of the time.

So while it might not work for everyone, I’m living proof that a high-utility e-bike really can replace a car in many cases.

I’m pretty jazzed about the Packa Genie, but let’s hear what you think. Share your thoughts in the comments section below!