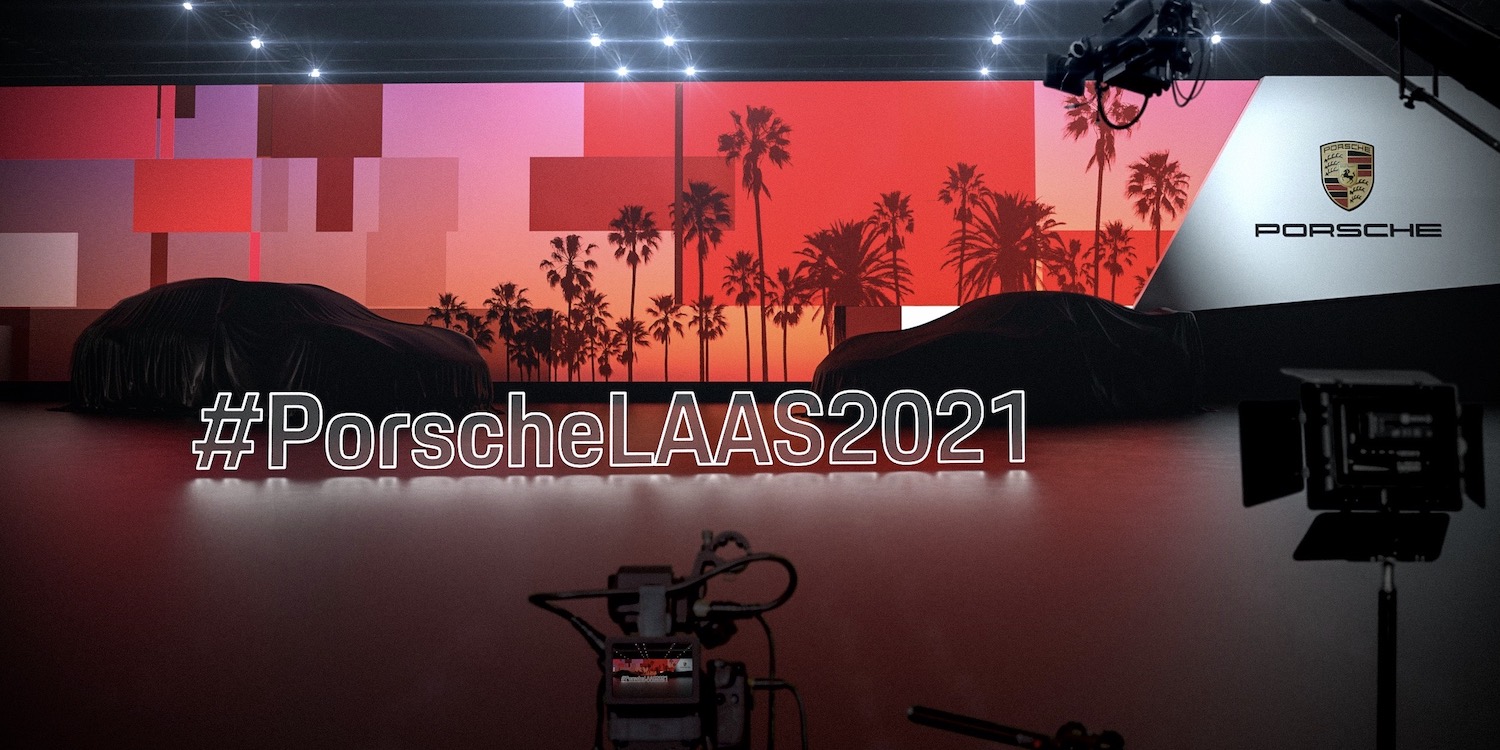 Five new Porsche models will be unveiled in Los Angeles, but of course, we’re only interested in the two Taycan EV variants that will be a highlight of Porsche’s growing electric portfolio. Will we finally see the Taycan GTS models we’ve all been jonesing for?

Porsche says that the two new Taycans will be unveiled at the LA Auto show that starts next week and runs through November 28.

The all-electric Taycan will be the focus of two world premieres: a new, incredibly dynamic variant positioned between the Taycan 4S and the Taycan Turbo, and a third body style will be revealed to the public for the first time in California.

We’ve heard whispers of both a Porsche Taycan GTS and a Sport Tursimo GTS, which would fit Porsche’s vague descriptions of the new vehicles above. Porsche notes that the vehicle will fit between the 4S and the Taycan Turbo in terms of power, but seems to be hinting at a more street-focused package.

That leak, before it was removed, said that the GTS would be available to order from November 2021, and that delivery would take place in mid-2022. The image above was screenshot before it was taken down. Speed and power between the 4S and Turbo would be something like:

GTS stands for “Gran Turismo Sport,” or in other words, the highest performance-focused street (vs. race) version of the car that also comes with some creature comforts:

The first Porsche GTS model showed up in the 1960s in the form of the 904 Carrera GTS, which was a classic racer that the company wanted to bring to the streets. But in order to do that, Porsche had to make that first GTS ready to handle the long road – which, of course, means it had to be comfortable enough to make those long road trips. And that’s what it really comes down to regarding the Porsche GTS models – added comfort and convenience.

We’ll be in Los Angeles for the event and hope to get some drive time in the new vehicles, which promise to make a big splash. While some may say Porsche is just turning out a ton of slight variations of the same Taycan (AND RELEASE THE 4 MOTOR MACAN EV ALREADY), I can’t wait to get behind the wheel of these bad boys and see what they can do on the street and track.

Particularly interesting for me is the Sport Turismo body style and how it differs from the Cross Turismo for the street vs. gravel. Plus those aforementioned creature comforts. The GTS versions seem likely aimed at street-driving enthusiasts, at perhaps lower prices than Turbo/S variants. At the same time, we could see much-improved range estimates as Porsche figures out how to navigate the EPA’s system of ratings.

The unveiling of all five world premieres will take place on Tuesday, November 16, at 8 p.m. PST/11 p.m. EST with Oliver Blume, chairman of the executive board at Porsche AG, Detlev von Platen, member of the executive board for sales and marketing, and Frank-Steffen Walliser, vice president Model Line 911 and 718. Ex-Formula One driver and Porsche brand ambassador Mark Webber will host the event.

All of the action will be broadcast in English on NewsTV.porsche.com and on Facebook, YouTube, and LinkedIn.