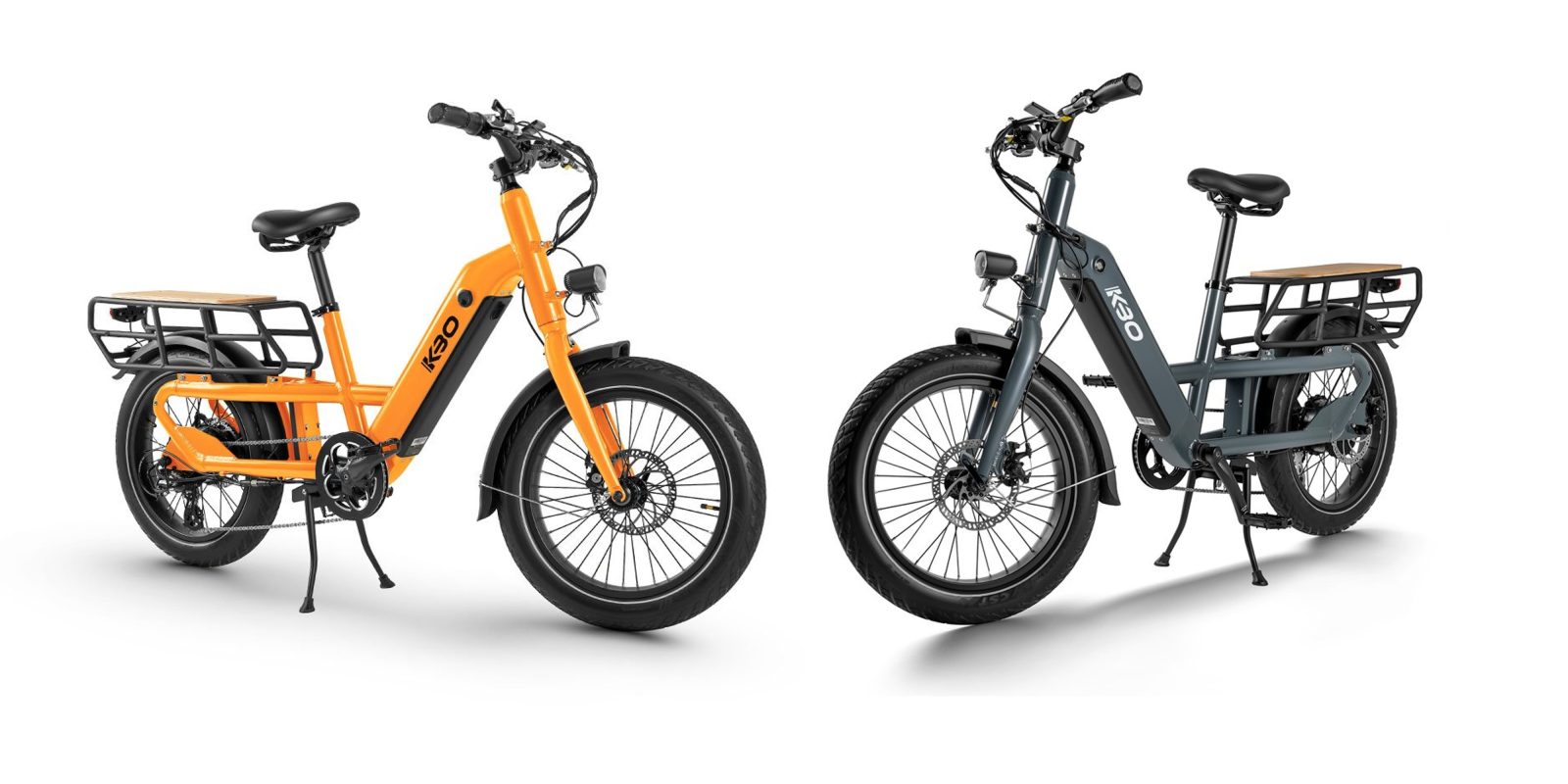 It takes on a rather Tern-esque design, opting for small diameter 20″ wheels but mounting them in a large-capacity cargo frame.

The result is a small e-bike with big cargo and passenger potential.

The day before that, Propella showed us their new Propella Mini, a minimalist 20″ wheel e-bike that weighs a mere 33 lb. (15 kg).

And of course one of the best-selling electric cargo bikes of all, the RadWagon 4, famously launched its update with smaller diameter wheels for a more nimble and space-conscious ride.

The rear rack, which is included as standard equipment, also comes with a matching set of floorboards (not pictured) to turn the Ranger into a passenger-carrying electric bike.

The front of the bike includes a basket mount for even more cargo space, though that basket is an optional accessory.

The rigid front fork doesn’t offer any suspension, though that is fairly common in the cargo e-bike market. Instead, the 3-inch wide tires offer a bit of cushion for the ride.

Mechanical disc brakes bring the bike to a stop, while a set of included fenders should keep riders dry and protected from road spray.

The KBO Ranger is priced at $1,699 and is now available for pre-order in either gray or orange colorways, though the first units won’t ship until January.

We’ve had some experience with KBO in the past, including recently reviewing the KBO Breeze commuter e-bike. We found it to be a simple yet nicely performing city bike that was both comfortable and responsive, though the pedal assist was slightly laggy – a common affliction in e-bikes with cadence-based pedal assist sensors. And at $1,499, it was quite affordable for an effective commuter e-bike.

Check out our review video of KBO’s Breeze commuter e-bike below, and stay tuned for more news and reviews about the upcoming KBO Ranger as soon as it becomes available.