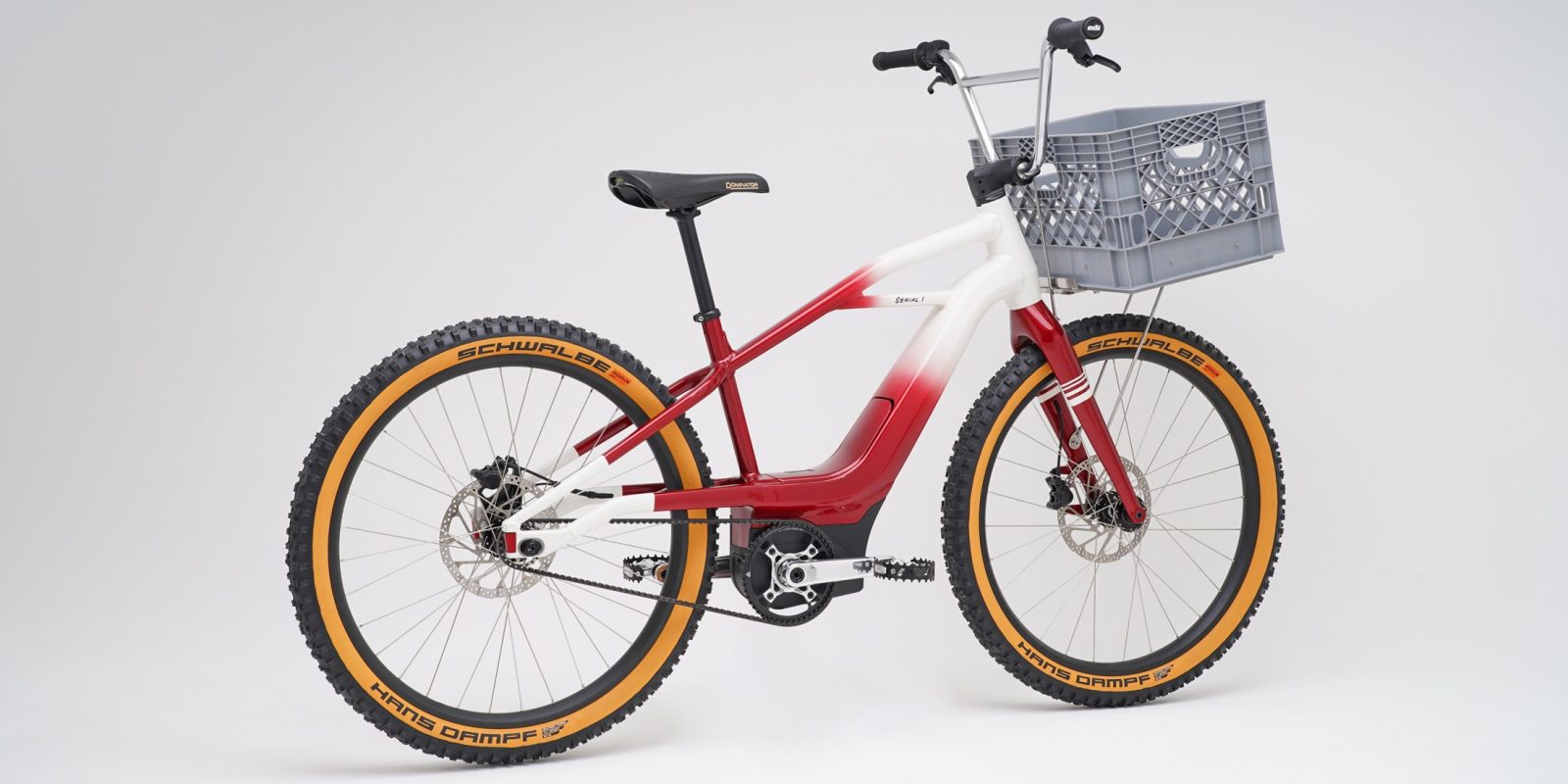 Harley-Davidson has just pulled the sheet off its most recent custom electric bicycle, the Serial 1 MOSH/BMX. It’s the latest addition to Serial 1’s 1-OFF limited edition series.

The e-bikes in the 1-OFF series are more than just limited editions though; they are one-of-a-kinds. If you are looking for a retro BMX ebike, check out the Zooz.

Serial 1, the electric bicycle startup spun off last year by Harley-Davidson, crafts each e-bike in the series and then auctions them off to benefit a charity. H-D gets to show off its cool e-bikes. Rich folks’ money goes to people who actually need it. Everyone wins.

The last time around, Serial 1 unveiled a ’60s chopper style e-bike known as the MOSH/CHOPPER. It eventually sold at auction for $14,200, and now the company is hoping to repeat the magic with another eye-catching and nostalgia-inducing electric bike: the MOSH/BMX.

Just like the MOSH/CHOPPER, the new MOSH/BMX was crafted by Warren Heir, Jr., and Kendall Lutchman at JR’s Fabrication and Welding in Milwaukee, Wisconsin.

This time though, the custom e-bike transports us back in time a mere 40 years to glory days of the 1980s.

Unlike the standard Serial 1 MOSH/CTY, the BMX variety here gets a number of custom touches.

The bars are swapped for 9″ high-rise BMX bars with internal cable routing, giving the e-bike an entirely different ride posture.

A front milk crate basket is mounted on a custom stainless steel rack (and could very well make this the most expensive e-bike ever with a milk crate attached to it).

The colorway has been replaced by a striking two-tone fade job.

And to top it off, a number of authentic BMX touch points were added, such as the Viscount Dominator saddle, ODI Mushroom bar grips, and the bear trap pedals. Remember getting a shin-full of those suckers when you were a kid!?

For this second 1-OFF build we sought inspiration from iconic BMX bikes of the early ‘80s. One ride brings you right back to the suburbs of your youth, ripping skids, jumping curbs, and racing everywhere in a pack of your closest friends.

Proceeds from the auction of the e-bike will benefit the just keep livin Foundation, a nonprofit founded by Camila and Matthew McConaughey that is “committed to empowering high-school students by providing them the tools to lead active lives and make healthy choices for a better future.”