Rivian’s first retail hub to open in Venice, CA, as ‘a space to gather’ 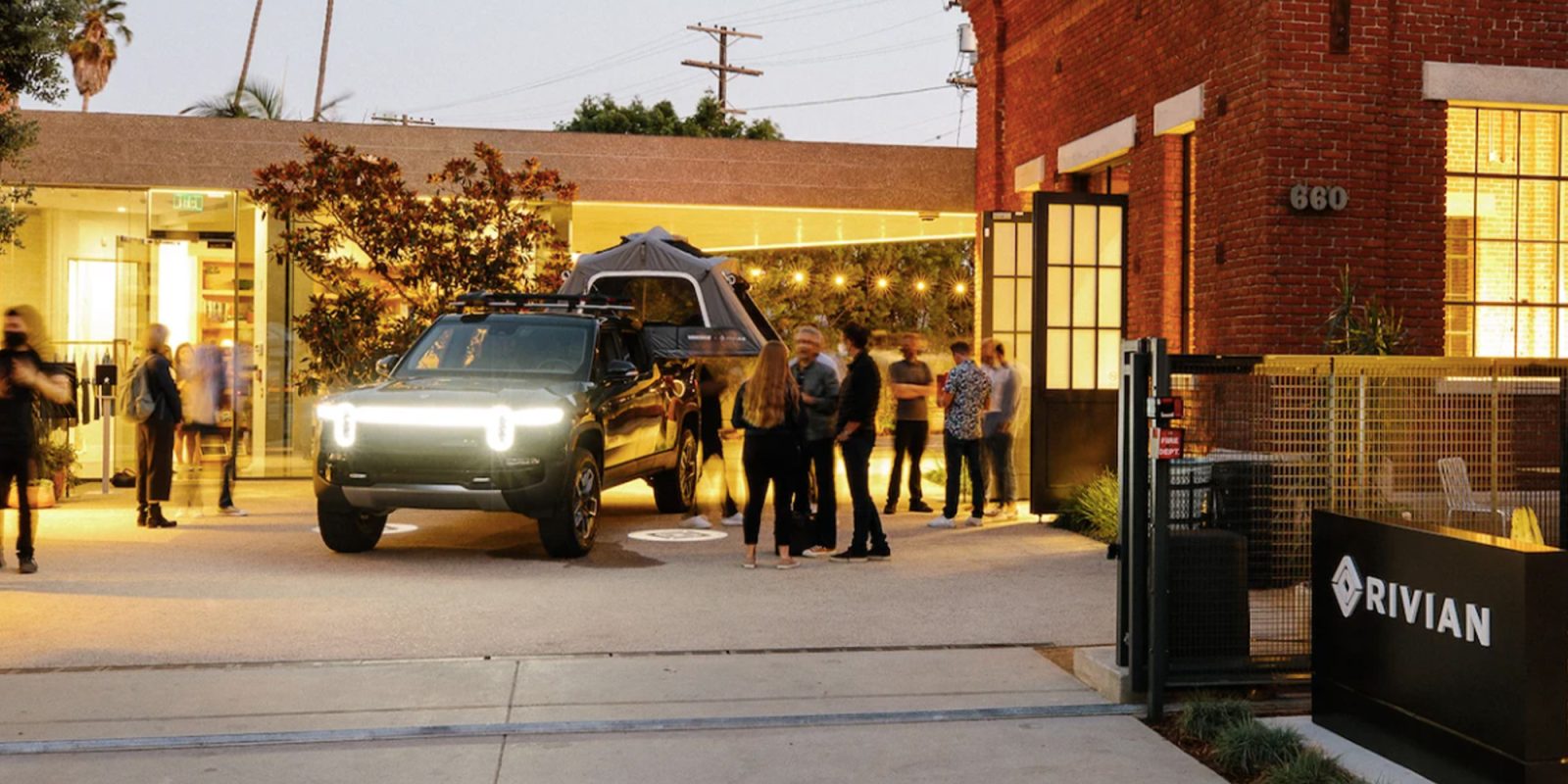 Fresh off the heels of delivering its flagship R1T electric pickup to first customers, Rivian has shared details of its first hub, centered in Venice, California. Rather than existing as solely a retail space, Rivian hopes this first of several hub locations will offer a space for public gatherings and encourages its community to visit and connect. If you happen to order a $70,000 EV while you’re there… well that’s a welcomed option as well.

Rivian is an American automaker focused on delivering both luxury and performance in electric vehicles specifically built to handle life exploring the outdoors.

As the first customer versions of its flagship R1T rolled off the assembly line last month, Rivian made history as the first company to deliver an all-electric pickup truck.

As Rivian continues to expand its pre-delivery and service centers to support its growing number of deliveries, it has also been developing what it calls Rivian Hubs – brick and mortar locations in populated areas where consumers can visit to learn more about the automaker and its EV offerings.

With the opening of its very first hub, however, Rivian has explained that it hopes these locations will offer more than just retail sales.

In a post from Rivian’s “Stories” page on its website, the automaker shared images of its initial hub space in Venice, CA, which recently celebrated opening its doors with a gathering of employees.

The new spot in downtown Venice has seen a variety of uses over the decades, including a stint as a live/workspace for author Ray Bradbury, and an art gallery. The property consists of shaded gardens and seating in front, with an open play area for kids.

Inside, there is a library and a “bright makers’ space” stocked with creative materials. A courtyard separates the property’s two buildings and currently features an R1T for visitors to experience close up and ask any questions.

This Venice location marks the first of several hubs planned for US cities, and showcases the design and utility Rivian has planned for these spaces as they are not there to only sell EVs. The Rivian post explains it best:

Even in the very earliest days of Rivian, we imagined places where people could gather and get to know one another and share experiences in person. Because purchasing a Rivian can be done digitally, we were untethered from the traditional car-buying experience, and free to define what we wanted a Rivian space to be.

Rivian has elaborated by saying that it envisions these hubs as places for people to gather, attend workshops, relax, and share ideas.

Looking ahead, the Venice Hub will also offer workshops focused on useful knowledge such as how to planting a simple organic garden or how to get the most of your visit to a National Park. Rivian also plans to use the hub to bolster discussions about sustainable energy and permaculture.

Rivian’s Venice, CA Hub will be open to the public beginning Sunday, October 17th, and will soon be followed by other hubs yet to be announced.

Furthermore, Rivian briefly mentioned indoor and outdoor alternatives to the hubs in major cities. This includes adventure-oriented Rivian Outposts, which will be established outside of metropolitan areas, and preserves – large areas of wilderness Rivian plans to protect as part of its ongoing conservation efforts.

Whether you plan on actually hanging out and socializing at a Rivian Hub or not, you have to give the company credit for thinking outside the box.

At the end of the day, the automaker lives and dies by its EV sales, but with a fully digital marketplace, it doesn’t need (or want) a dealership model to physically reach mass amounts of people.

Still, many potential customers are going to want to experience an R1T or R1S up close, and ask questions before spending $68-$75k on one.

Hubs can provide that vital information and retail expertise, beneath a social and eco-conscious edifice. These days, many consumers get behind brands that share the same core beliefs and missions as they do.

EVs, in general, are focused on bettering the environment by eliminating emissions, but Rivian takes it a step further with its brand-wide focus on the environment, sustainability, and respecting nature.

In this sense, the hub fits quite well with the company ethos, and those who fit into those core beliefs could just as easily fill that Venice Beach courtyard. Not being far from Venice myself, I definitely plan on popping over to see what these hubs are all about.