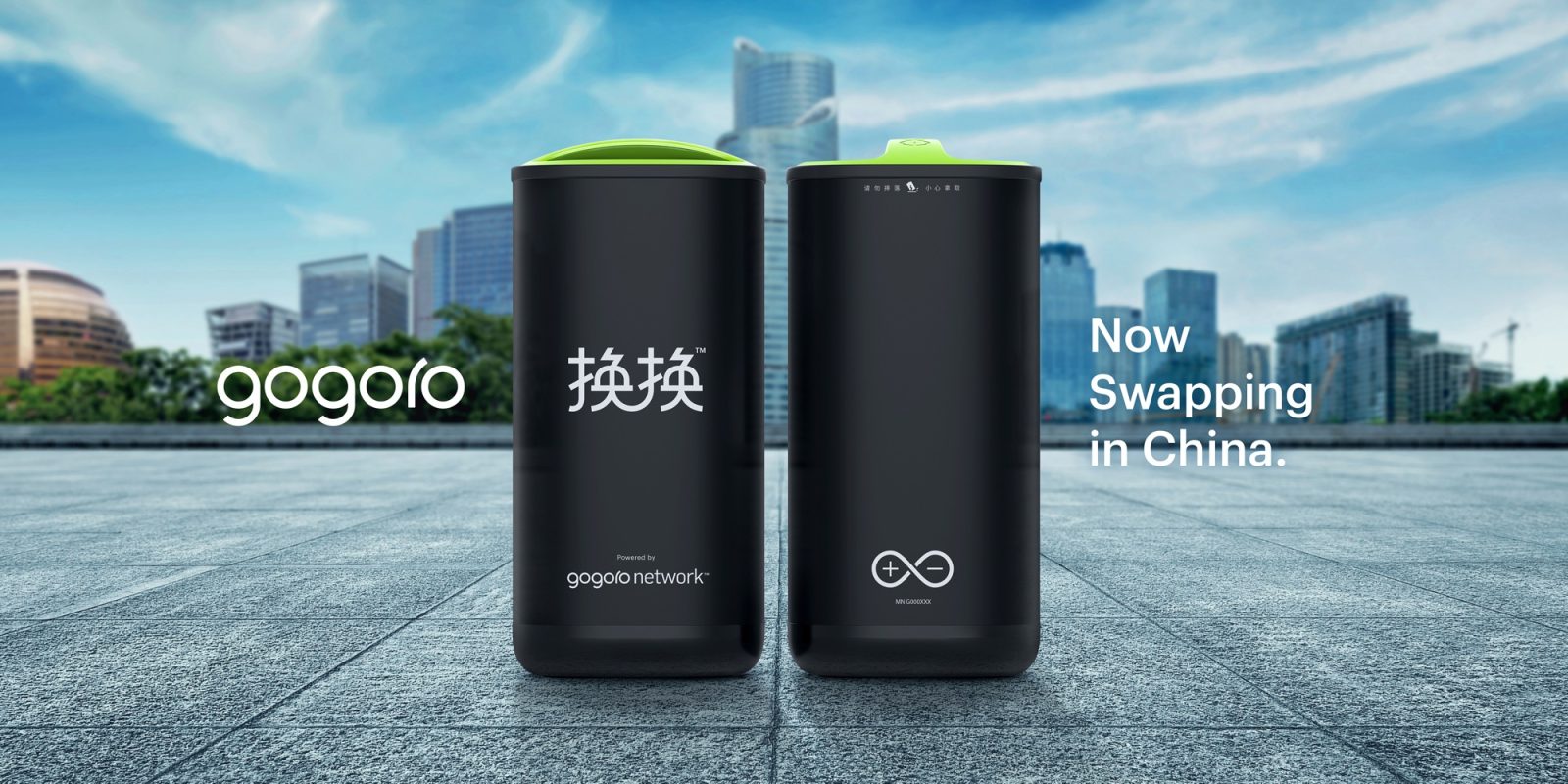 Gogoro announced plans to expand its battery-swapping system into China earlier this year. Now the company is making good on those promises, and its partners are already rolling out new electric two-wheelers to fit Gogoro’s batteries.

Gogoro is the leading electric scooter company in its native Taiwan, but the company’s swappable batteries are perhaps the more important technology developed by Gogoro.

The batteries can be used to power light electric vehicles including Gogoro’s 50+ mph (80+ km/h) electric scooters, yet are small enough to easily slide in and out of Gogoro’s battery swap stations.

Those swap stations recharge the batteries to prepare them for another rider to use.

Gogoro has created partnerships in the past with other scooter makers that use Gogoro’s batteries to power their scooters.

And now that future is today, as both companies are unveiling new models based on Gogoro’s batteries.

Together, the three companies also established a new battery-swapping brand in China called Huan Huan. The new brand is based on Gogoro’s famous batteries and will allow the newly unveiled vehicles to swap batteries similarly to Gogoro’s customers in Taiwan.

“Yadea, DCJ, and Gogoro have partnered to take electric two-wheel transportation in China to a new level of sustainability, reliability, and safety. Together, we are introducing the new Huan Huan battery swapping brand that utilizes Gogoro’s world-leading battery swapping system, together with new vehicles from Yadea and DCJ.

Today’s launch in China, the world’s largest two- wheel market with more than 300 million riders, is a key milestone for all cities. By working with Yadea, the world’s leading electric two-wheel maker, and DCJ, China’s largest gas two-wheel maker, we are making safe and convenient electric mobility accessible to people in Hangzhou China today and in the future to hundreds of millions of urban riders in China and around the world.”

China represents a huge market opportunity for Gogoro and will be the first large-scale expansion of the company’s battery swapping network.

Both Yadea and DCJ are seasoned experts in two-wheeler production, but battery swapping is its own complicated dance. Gogoro has spent years mastering the technological and logistical challenges with hundreds of millions of successful battery swaps under its belt.

Now the pair of massive Chinese two-wheeler manufacturers will stand to benefit from that technology in three new vehicles.

With Huan Huan’s launch of Gogoro’s battery swapping system in Hangzhou, we are unveiling two new vehicles as part of a larger portfolio of Gogoro-powered vehicles. Together, we are changing the future of green transportation in China and we are looking forward to expanding to several new cities in 2022.”

While not available yet, DCJ’s prototype e-scooter is expected to be ready for production in 2022.

The news comes at a critical time for China, the world’s largest producer and consumer of renewable energy. The country has been hit hard by an energy crisis in recent weeks as it works to meet its stringent emissions commitments.

Sweeping reforms already enacted in the country are expected to force the retirement of nearly a quarter billion fossil fuel-powered vehicles by 2025, further sparking the growing demand for electric vehicles in China.

Light and efficient electric two-wheelers comprise a critical portion of new electric vehicles on the road and provide the only form of mobility for many individuals and families.

In addition to helping China meet its goals relating to climate change, the rollout is expected to serve as a giant proving ground for Gogoro’s battery swapping stations in their first major expansion outside of Taiwan.