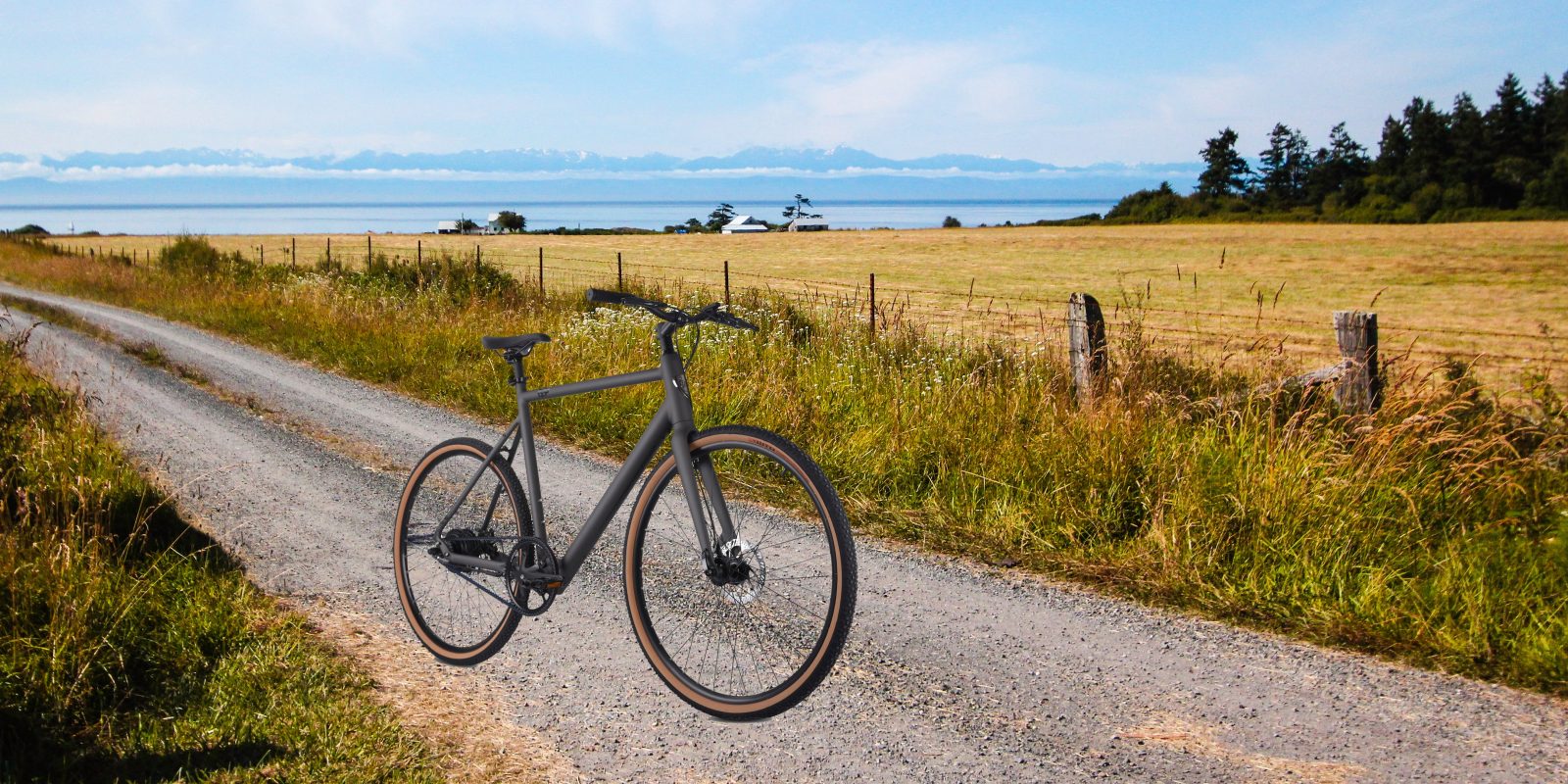 When it comes to belt drives in the e-bike industry, Gates is the undisputed leader. And those quality drives usually come at a high cost, but now we’re seeing the lowest-priced Gates carbon belt drive-equipped e-bike yet: the new Ride1Up Roadster V2 Gravel Edition.

Chains have enjoyed well over 100 years as the main form of drive technology on bicycles. But belts are coming into their own on high-end e-bikes designed for the city, hybrid, comfort riding, utility and other non-mountain e-bikes from just about every premium manufacturer out there.

Gates isn’t the only name in the game, but they’re definitely the most common. We see them all over the premium e-bike market, and my own everyday rider personal transport/fitness e-bike has a Gates carbon belt drive on it too.

The only downside (other than a tiny efficiency shortcoming compared to chains) is that they are pretty expensive. Most e-bikes with Gates belts are priced at over $3,000. Many are well over that figure.

But the Ride1Up Roadster V2 Gravel Edition just may be the most affordable e-bike yet to feature a Gates belt drive, coming in at just $1,245.

The Gravel Edition is an upgrade to the base level Roadster V2, a $1,045 e-bike that also features a belt drive, though not made by Gates.

The Gravel Edition of the bike was just announced this weekend and won’t go on sale until next week, where it will come with an estimated shipping timeline of December 2021.

The bike is so affordable because it is built around the budget-oriented Roadster V2, which is a pedaling-optimized low-power electric bike.

I previously reviewed the Roadster V2 and it is an awesome ride… as long as you enjoy pedaling (see my review video below). Unlike powerful throttle-enabled e-bikes, this is a lower power pedal assist e-bike that is designed to give you a nice boost, but still requires some good old fashioned honest sweat equity. The 350W continuous-rated motor (with 500 watts of peak power) still gives plenty of boost in its highest power mode, but offers a more gentle assist in the lower power levels. The 252 Wh battery is small enough to be completely hidden in the frame, yet still offers enough capacity for around 20-35 miles (32-56 km) of range depending on your power mode. But the real kicker is that the thing only weighs 32 lb (14.5 kg)!

(Note that the $995 price mentioned in the video above was the original promotional price upon release – it’s now up to $1,045, which is still way underpriced in my opinion).

The Roadster V2 has those skinny road tires that you’ll find on most fitness or hipster-style commuter bikes, and so it isn’t really meant for off-road riding.

But since gravel e-bikes make up such a booming category, Ride1Up has reworked the Roadster V2 into the Gravel Edition, paving the way (or graveling it?) for off-road fun.

The rim brakes are replaced by mechanical disc brakes to give better stopping power, the tires are upgraded to true gravel tires and the bike sports a new “updated contemporary geometry”.

But the biggest update is the replacement of the off-brand belt drive with a true Gates Carbon Drive system. That gives you the dependability of a Gates belt at a price that’s never been seen before.

So how did Ride1Up do it? Basically, by offering less bike than most other Gates-equipped e-bikes. Gates drives usually go on top dollar e-bikes. I’m talking $5,000 Terns and $7,000 Riese & Müllers.

But Ride1Up bucked that trend and brought the top shelf drive to a mid-shelf e-bike, saving money with less battery, a smaller motor and a minimalist display.

Keep in mind that the Roadster V2 is also a single-speed e-bike with a rear hub motor, and thus you aren’t paying for a fancy internally geared hub and mid-drive motor that is normally paired with a belt drive system.

This might sound like a strange choice at first – a single speed e-bike for gravel – but I’ve actually been doing exactly that with my own single-speed e-bike, the RadMission. This is another low-cost single-speed e-bike (this one is just $999) and I’ve been using it as my main trail bike. Keep in mind that I’m talking fairly smooth gravel roads and nature trails – not technical downhill single track. But the added assist of an electric motor means that I don’t need those lower gears, and the single ratio has been fine for me.

So while the single-speed design may be a turnoff for some riders, I haven’t found it to hamper my style.

I’m looking forward to testing out this new edition of the Roadster V2 as soon as I can beg, borrow or steal one to get my hands on the new e-bike.

Until then, let’s hear your thoughts on the new Roadster V2 Gravel Edition in the comment section below.