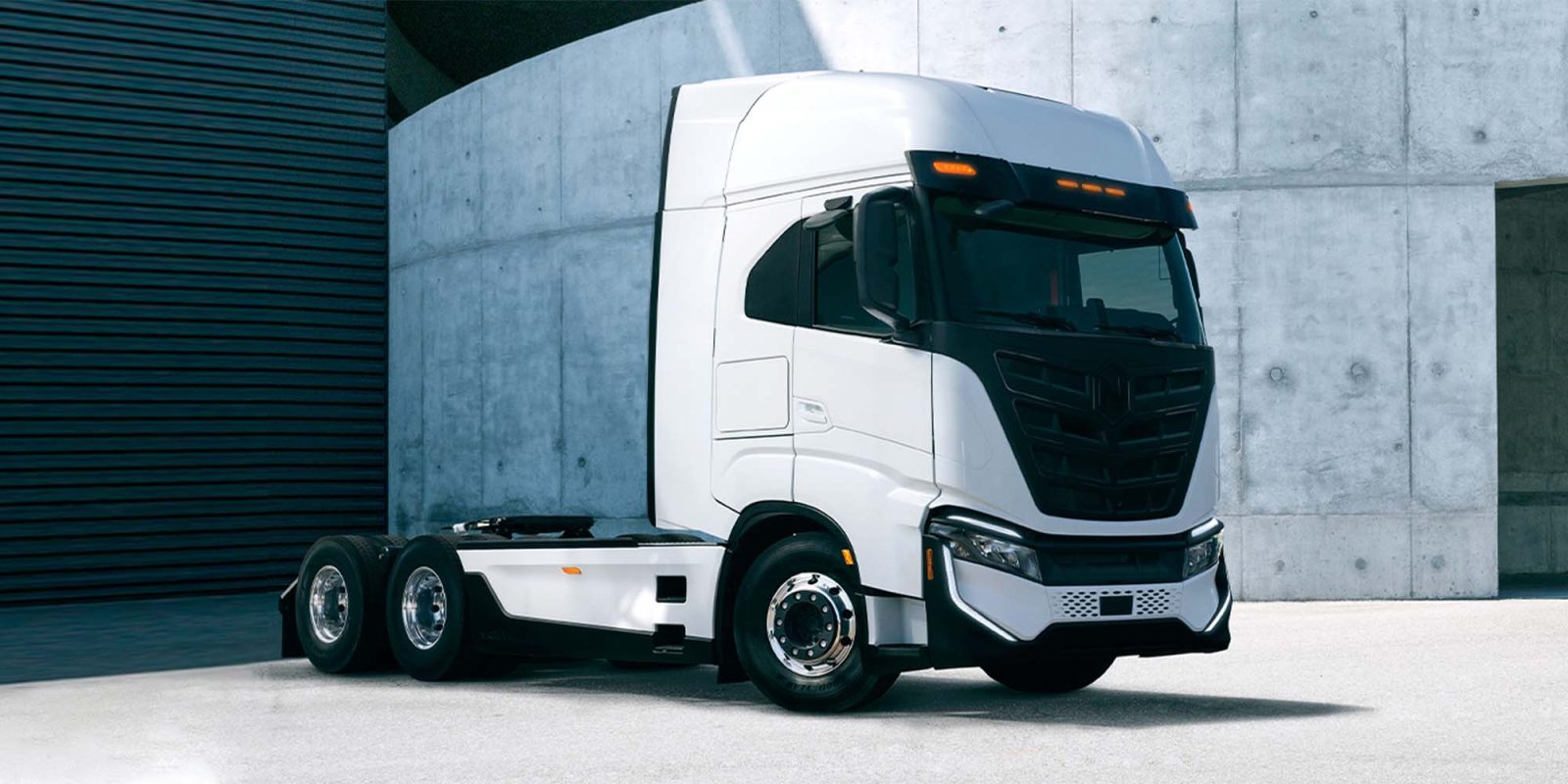 Nikola Motor has signed a Memorandum of Understanding (MoU) with the Hamburg Port Authority (HPA) alongside commercial vehicle brand IVECO. The news came during the inauguration of Nikola’s joint venture manufacturing facility in Germany with IVECO. With the MoU, both parties shared intentions to collaborate on the testing and implementation of up to 25 Nikola Tre BEVs in 2022.

If you’ve heard of Nikola Corporation ($NKLA), you’re more than likely familiar with its meteoric rise in the EV world… and its catastrophic plummet back to Earth. The company began presenting a number of zero-emission vehicle concepts about five years ago, garnering hype alongside hundreds of millions of dollars in investments.

This included the backing of major automotive players like GM, who signed a deal with Nikola to produce its electric/hydrogen Badger pickup truck. After demonstrating the capabilities of its electric semi truck prototype, the sturdy ground beneath Nikola’s feet began to soften.

The controversy began at the hands of short-seller Hindenburg Research, which released a report in the fall of 2020 calling out Nikola Motor and its CEO as complete frauds.

Furthermore, the report exposed that the EV automaker had used the force of gravity to showcase its semi truck in action, and that the vehicle was not even equipped with a propulsion system.

Nikola later admitted its video was a fake, sending its stock plummeting. This led to an SEC investigation and the indictment of then CEO Trevor Milton, who now faces multiple charges of fraud.

History lesson over. Nikola now sits with a new CEO trying to pick up the tattered pieces of a once-promising company and deliver its Tre BEV truck to the masses. It now appears that Nikola Motor is doing just that in Hamburg, with the help of IVECO.

In a recent press release, Nikola shared news of signing a Memorandum of Understanding (MoU) with the Hamburg Port Authority to work toward testing and implementation of the company’s Tre BEV trucks by 2022.

Nikola will work alongside IVECO, a commercial vehicle brand under the CNH Industrial umbrella. The two companies made the announcement during the opening of their new joint-venture manufacturing facility in Ulm, Germany, seven hours south of Hamburg.

The MoU states both Nikola and IVECO’s intent to partner in two phases to deliver up to 25 Tre BEV trucks to the Hamburg Port throughout 2022. The first phase will consist of testing the transport capabilities of Nikola’s Tre BEV within the port, alongside high-performance charging.

The second phase will include full integration of the Nikola trucks into Hamburg’s port operations. This will include full charging infrastructure implementation and on-site service support. Gerrit Marx, President of Commercial & Specialty Vehicles for CNH Industrial spoke about the project:

Germany’s largest seaport by volume is the perfect place for us to demonstrate the performance and competitiveness of the Nikola Tre. We look forward to seeing the first results in phase one and learning how we can best assist Hamburg Port Authority in reaching their energy goals.

As part of the joint venture overseas, the Nikola Tre is based upon IVECO’s S-WAY truck platform with an electric axle co-designed and produced by FPT Industrial. It is combined with Nikola’s electric and fuel cell technology, alongside components provided by Bosch.

In the same press release, Nikola’s current CEO Mark Russell mentioned the company is working on a similar project in the United States. This is reference to a Letter of Intent (LoI) signed in May by the ports of Long Beach and Los Angeles to purchase 100 Nikola semi-trucks.