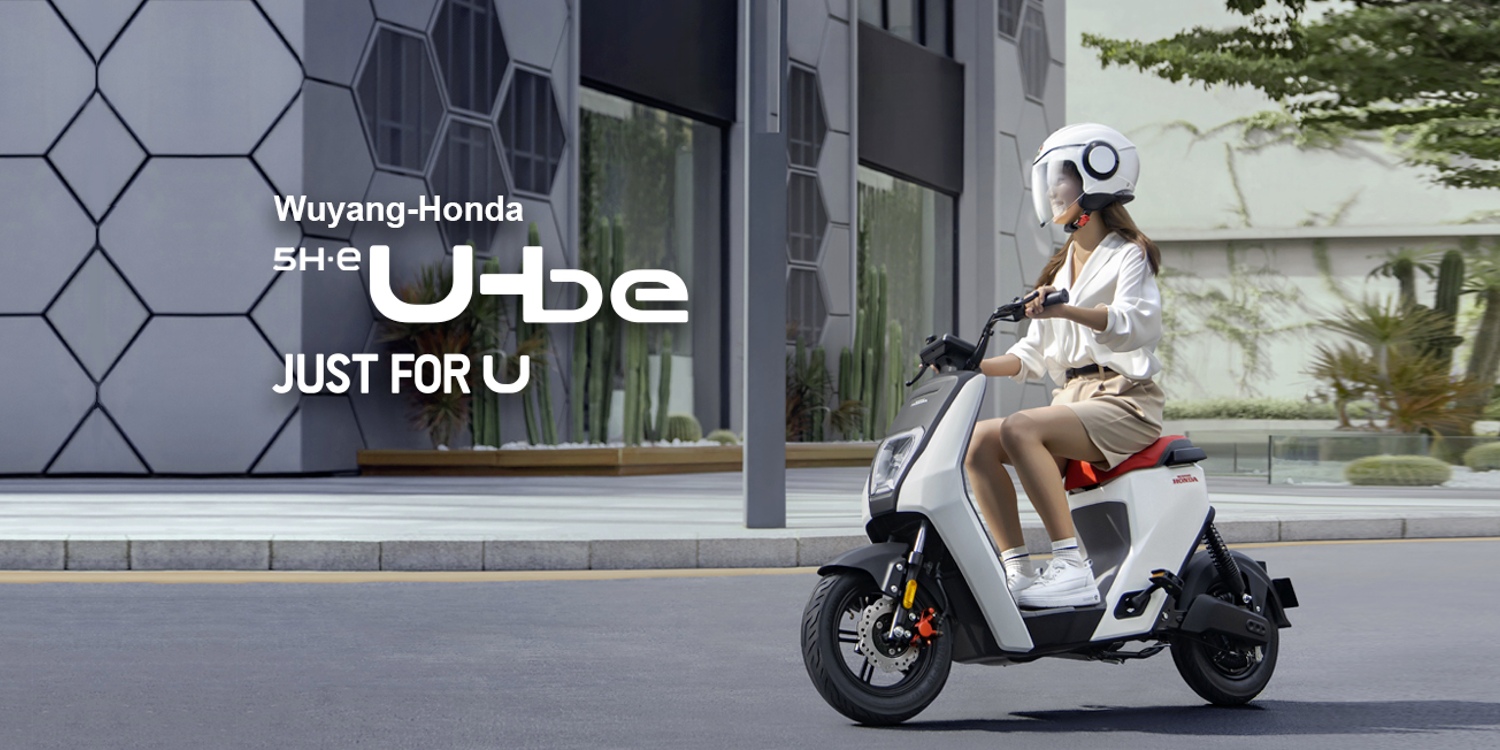 The U-BE follows on heels of the Honda U-GO (no, not the Yugo) that we covered earlier this month.

And as you may have guessed from the pricing, it’s also only available in China for now.

In fact, that’s part of how it was able to achieve such a low price. While the U-GO at least reached reasonable city speeds topping 30 mph (55 km/h), the U-BE fits into Chinese electric bicycle speed limits, reducing both the regulatory costs and the price of components.

As an electric bicycle in the eyes of the law, the little scooter only zips along at 15.5 mph (25 km/h).

That might sound slow, but keep in mind that this scooter is priced less than an off-brand cell phone.

Speed isn’t the only spec that is lacking on the Honda U-BE. The power rating isn’t overly impressive either.

The rear wheel houses a pint-sized 350W motor. The good news is that in China they typically report the continuous power rating of the motor, unlike US brands that advertise the higher peak rate. The bad news is that even the peak rate isn’t likely much more than double the puny half-horsepower figure.

Those ranges sound a bit high, considering the size of the batteries, and might even calculated based on the rider added a bit of extra oomph from the tiny pedals included with the scooter. Just like some other low-cost and low-speed electric scooters we’ve seen in China lately, this one gets vestigial pedals to ensure it qualifies as an electric bicycle, meaning riders don’t need a driver’s license to operate it.

While these types of electric scooters would be blown away on most American roads, China has plenty of bicycle and scooter highways, and many major roads have lanes designated for these types of vehicles. Traveling by 25 km/h scooter may not be the fastest or most luxurious way to get around, but when safe infrastructure exists, it’s at least an effective and cheap alternative to private cars or crowded public transportation.

And the fact that Honda can produce vehicles with decent-sized batteries, color screens, hydraulic brakes, and plush seats for such low prices means there may be hope that exported electric two-wheelers will one day feature reasonable prices as well.

We can dream, at least.