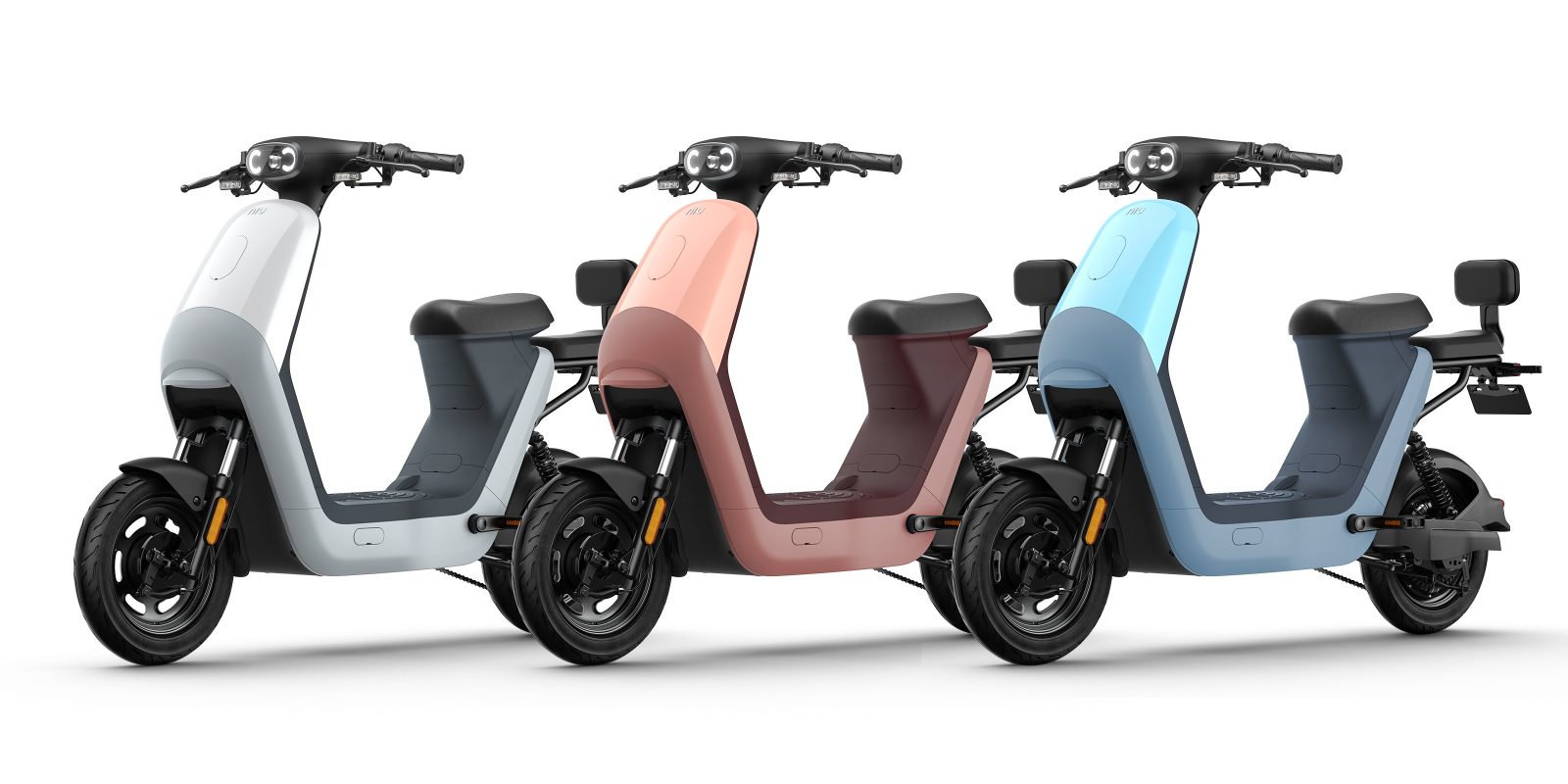 When you think of a smart electric scooter in the West, you generally think of NIU. There just aren’t that many options on the market yet, especially in the US. NIU looks to have dominated the small but growing American e-scooter market by being the first mover in the premium space.

But in addition to the interesting, tech-y scooters exported to the Americas and Europe, NIU has a number of other domestic market models that have so far only been introduced in the company’s home market of China.

The GOVA C0 women’s scooter is one of those models.

The GOVA line was originally launched in 2019 as a new, lower-cost line that integrated NIU’s high quality parts and manufacturing into downmarket models that lacked some of the higher performance and fancier features of NIU’s flagship models. The scooters in the GOVA are priced around 30-50% less than NIU’s mid-tier M-series scooters and around 80% less than the flagship N-series.

The GOVA C0 is similar to several other models in the GOVA lineup, yet has a few characteristics that make it unique.

The scooter received a facelift that includes a pair of new C-shaped head lights that gives the scooter a much cuter countenance than the more utility-oriented scooters in the model line. In Asian markets, these types of cute designs are often heavily favored.

The scooter has a lower seat height of just 740 mm (29 inches). The sales page for the scooter is in Mandarin, but Google Translate tells me that NIU describes that seat height as a “more comfortable sitting height for women.”

A bit of anecdotal evidence tells me that’s probably correct. My wife has tested out my NIU NGT scooter but finds it a bit high to ride comfortably. Her other complaint was that my scooter felt heavy to her, as did the removable batteries.

That might explain two other key specs on the smaller scale GOVA C0 scooter: a low curb weight and a smaller battery that is lighter than NIU’s larger packs.

Like NIU’s other batteries, the C0’s battery pack comes with over a dozen built-in protections such as low and high temperature protections, over and under discharge protections, and short circuit protections.

The rather small battery is paired with a rather small motor, rated at just 400W of continuous power. Considering the lightweight scooter is designed to meet electric bicycle regulations with a top speed of just 25 km/h (15 mph), that 400 W is likely sufficient, even if it isn’t thrilling.

The functional pedals fulfill the e-bike requirements, and mean that riders won’t need a driver’s license or moped license to operate the scooter. And with a small seat for a passenger on back, the GOVA C0 turns into a what looks like an effective utility vehicle for transporting a child, too.

The scooter may be smaller and lighter than most of NIU’s models, but it still comes with much of the same embedded technology that sets the company’s products apart. Over-the-air (OTA) updates are possible via the connected smartphone app, which also includes GPS tracking with a built-in anti-theft alarm and a number of telemetry-based features that use the scooter’s ride data and sensor network to provide real-time info on riders’ phones.

Unlike most of NIU’s other scooters, the GOVA C0 is available in a few pastel colors of pink, blue, and white. A bit on the nose there, but what can you do?

The GOVA C0 is priced at ¥3,399 in its local market, or around US $525. It just began deliveries last month, and recently received a special callout from NIU’s CEO Yan Li during his discussion of Q2 2021 financial reports:

In July, we started to deliver another new model C0 which was specifically designed for female customers.

Li mentioned that the scooter has helped contribute positively to an improved product mix reflected in recent sales numbers of lower and higher cost models in NIU’s lineup.

Talk about walking into a minefield. Alright, let me strap on my steel pantaloons and let’s do this.

The idea of a “women’s scooter” might sound strange or even offensive to some in the West, but there’s some real logic here. (Stick with me, I’ll get somewhere.)

While a women’s car would surely be ridiculous, two-wheeled vehicles require a more intimate human/machine interaction. There’s no sliding the seat forward or tilting the steering wheel to your desired position – it’s a lot more like throwing a leg over a horse. What you sit on is what you get.

As I mentioned, I tried to get my wife into using my electric scooter instead of driving a car, but it was just too big for her to feel comfortable (and let’s be honest, the NIU NGT is not a big scooter by any measure). She didn’t like that her feet barely reached the ground and she can’t comfortably carry the pair of removable battery packs that weigh 25 pounds each. We’ve been on the hunt for a smaller scooter for her while we wait for Gogoro’s smaller format VIVA scooters to enter our market, and this GOVA C0 seems like it would actually be perfect – if it went faster. The fact that it’s technically an e-bike means you wouldn’t be riding in the road much and could instead take the bike lanes where the slow speed isn’t as much of an issue.

If you play around with Google Translate on the C0 scooter’s sales page, you’ll find a bunch of female-oriented marketing like how the soft seat doesn’t put pressure on your hips during long rides, the underseat handle won’t hurt your hands when moving the scooter, and how the suspension will feel comfortable for your baby.

Those are all legit points, but the delivery is key, and I’m not going to judge that based on a free translation software that falls in the “you get what you pay for” category. Suffice it to say, regardless of the women-specific marketing, there’s some real value in a smaller e-scooter like this. Every car that gets replaced by an efficient two-wheeler is a step in the right direction. And if these types of scooters help bring more options to an admittedly male-centric industry, that sounds great to me.