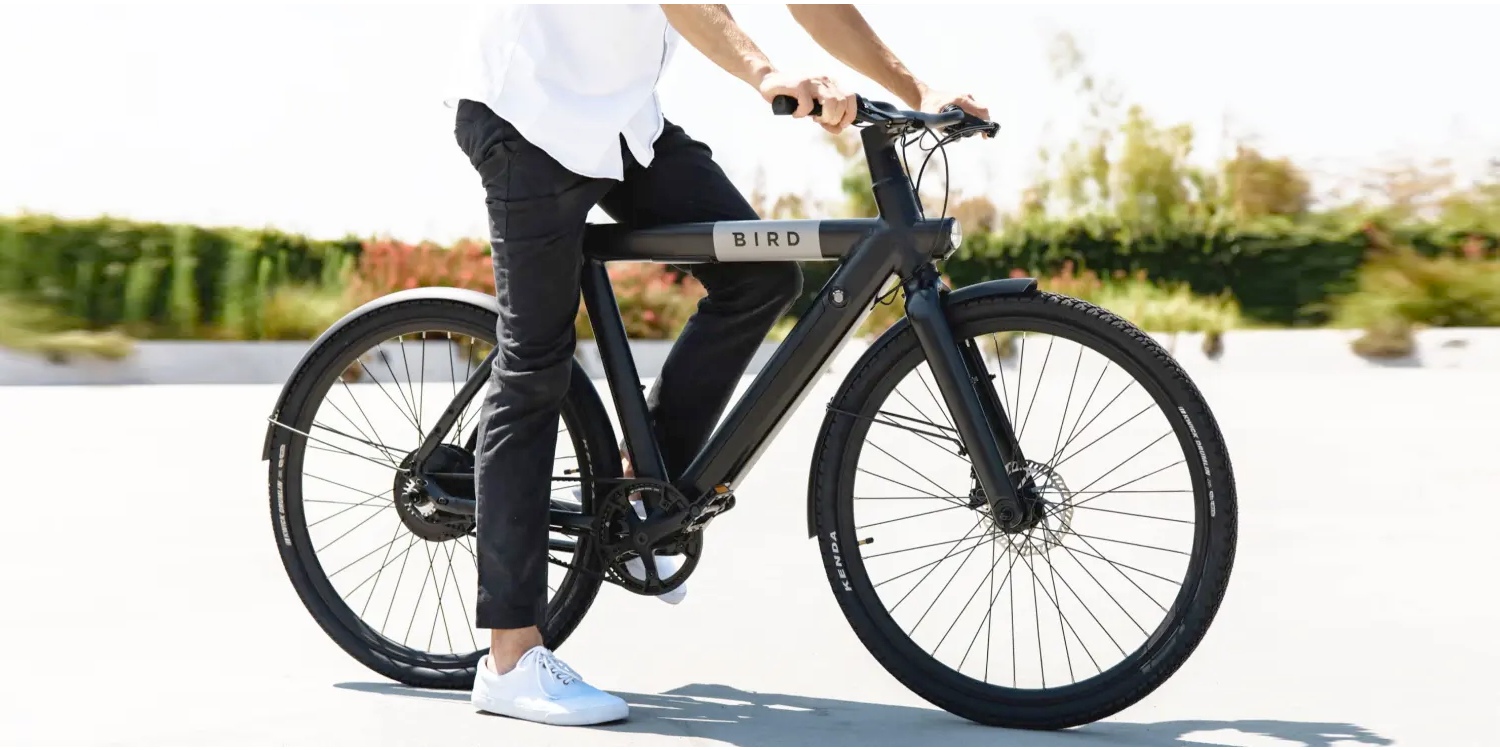 But haven’t I seen that design somewhere?

Bird Bike rolls out in style

Anyone who has been around the e-bike block a time or two, though, will instantly recognize the design as particularly VanMoofian.

Dutch bike company VanMoof is no stranger to seeing its designs ‘inspire’ other companies, everywhere from the style of the frame to the innovative packaging.

And at least in this case, Bird has done a very nice job of integrating that design into a new consumer-facing e-bike. It certainly looks a lot sleeker than the company’s bulbous bikeshare e-bikes.

“The demand for consumer e-bikes has never been greater, and neither has the need for innovative vehicles that get riders excited about cycling. That was our north star when developing the Bird Bike. It has a sleek, aluminum alloy A and V-frame design that gives it a look that’s both familiar and cutting-edge.”

The Bird Bike sports a rear hub motor from Bafang, a leading electric bicycle motor manufacturer that we had the chance to visit in China and tour their factory.

US riders get a 500W motor, while European riders will find a 250W motor instead. Whether or not that’s a simple sticker swap or an actual motor variation remains unclear.

US riders will also get the benefit of a thumb throttle in addition to pedal assist, while Europeans will have to be content with just pedal assist.

An LCD screen mounted on the handlebar stem contains all the pertinent riding information, such as speed, distance and battery level, yet keeps the handlebars free of clutter and saves space for adding riders’ own accessories.

That’s actually a pretty decent display, which I know not from having personally tested the Bird Bike yet, but rather because the same display was used on another e-bike model I tested recently.

Powering the bike is a removable 36V and 12.8Ah battery with 460 Wh of capacity. Bird claims that’s enough for 50 miles (80 km) of range on the most relaxed pedal assist setting. Stick to throttle only, and you’ll see range drop to 20 miles (32 km), according to the sales page.

The Bird Bike also has a few interesting features that you won’t find on many other models.

Replacing a typical chain drive is a Gates carbon belt drive. That setup is prized as a silent, zero-maintenance solution that feels smooth and lasts nearly forever.

Various lifespans are thrown around frequently, but most fall into the 20,000-50,000 mile range.

The bike’s IP65 water-resistant rating is also a plus for anyone who lives in the real world and occasionally finds themselves caught out in a rainstorm.

We’re starting to see more water-resistant electric bicycles, but it’s never a given. So props to Bird for embracing their street-tough roots from scooter sharing and adopting several low-maintenance, long-life solutions.

The Bird Bike will be available later this fall in the US, followed by a European release later this year.

The bike will carry an MSRP of $2,299, falling somewhere in the middle of the pack for electric bicycle pricing.

I gave Bird a bit of a hard time for lifting the major design elements, but at least they did a good job with it. I really like the way the LED lights are integrated into the front and rear of the top tube. Though again, that’s straight-up VanMoof design.

The battery is also nicely integrated while still being removable, so there’s another win for me in the design column.

The Gates carbon drive is awesome, even if it adds significantly to the price. But at $2,299, I would have at least hoped for hydraulic disc brakes or a bigger battery – or both.

There are a lot of great e-bikes out there at or below this price point. The Bird Bike looks great, and it seems to have decent specs, but it is competing with faster, more powerful and longer range e-bikes that outmuscle it while undercutting it on price.

That being said, if the bike rides as good as it looks, then it just might be worth it. I’ll try to get my hands on one ASAP to let you know if that’s the case.