Bird just launched a brand-new electric scooter. Here are all the upgrades 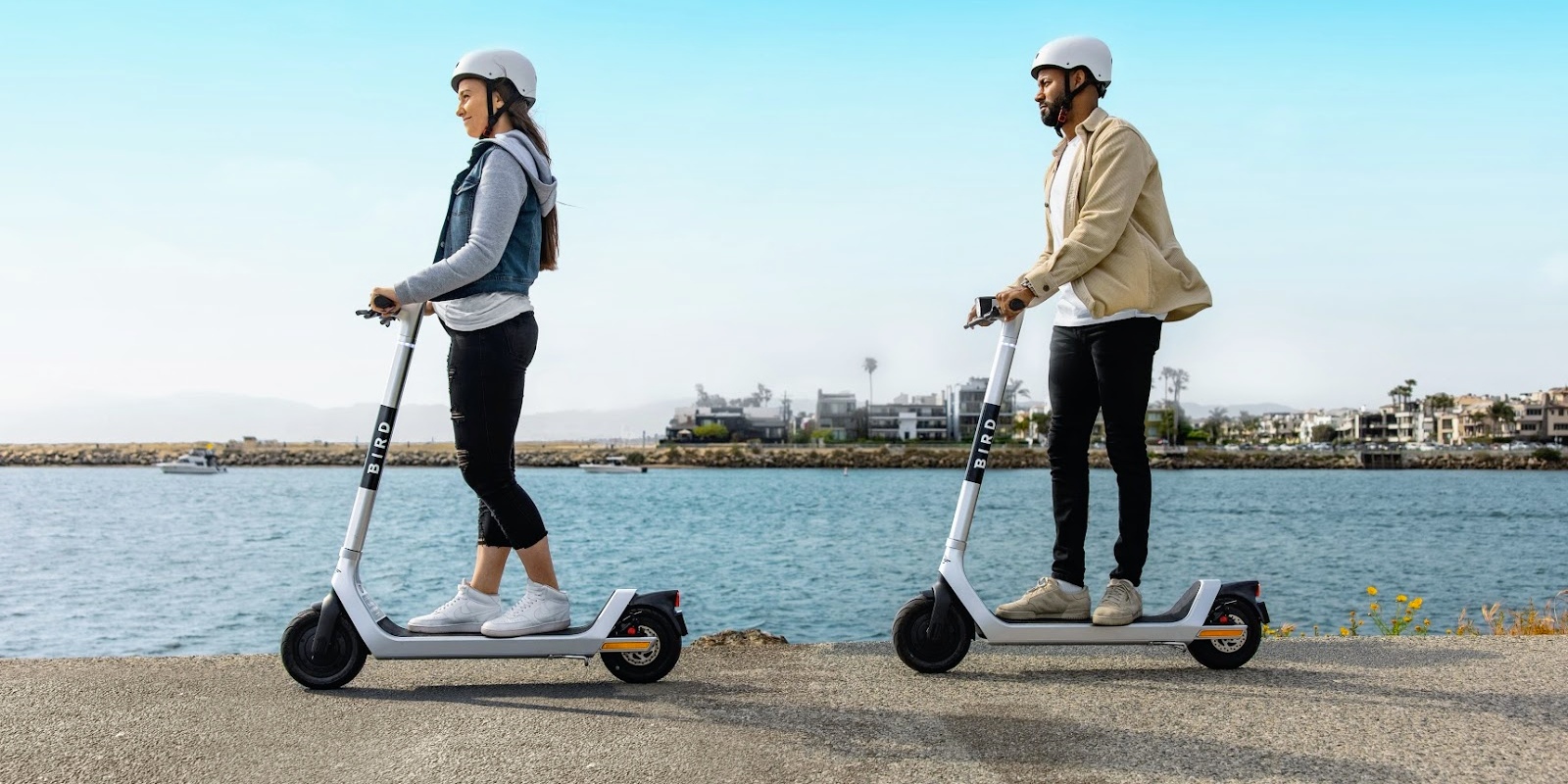 Bird’s electric scooters are nearly ubiquitous. Over 200 cities around the world are dotted with them, allowing riders to rent the zippy little electric two-wheelers by the minute. The company has gone through several designs for its hardware over the last four years, and now the latest Bird scooter has just been unveiled: Bird Three.

As the company laid out in a blog post today, the design for the Bird Three is based on three principles: sustainability, safety, and technology.

They tried to hammer home each of those, which they appear to have achieved with varying levels of success.

“A scooter’s environmental impact is most directly related to its lifespan and its smart battery. That’s why every aspect of Bird Three has been thoughtfully designed and rigorously tested to keep each vehicle safely operating for years. We’ve added new features like an automotive-grade dual-sensor throttle, a longer, more stable wheelbase, and upgraded dual independent brakes to make Bird Three the best micro-EV for cities’ and riders’ needs.”

The first major change that riders will see and feel is the larger size of the scooter, which now has a longer deck and wider handlebars.

Those handlebars also get an antimicrobial coating to help prevent disease transmission – a neat trick we’re seeing more of ever since the COVID-19 pandemic.

The next big update is a large, built-in battery. The 1 kWh pack is much larger than you’d find in a typical electric scooter and means the Bird Three will require fewer trips to be picked up and charged.

Bird went out of their way to demonstrate why they aren’t using removable batteries, which would allow the scooter to remain in place on the street while a worker simply swaps in a freshly charged battery.

“A scooter’s battery is directly linked to its environmental impact, and those with smaller batteries require more frequent charging and power fewer trips per charge. Scooters with swappable batteries can compound the issue and increase greenhouse gas emissions by requiring an estimated 1.5 to 2 batteries per vehicle. In other words, smaller and swappable batteries lead to higher overall manufacturing emissions and require more vehicle miles traveled to retrieve, replace and recharge scooters.”

Proponents of swappable batteries tend to make the counterargument that integrated batteries have larger carbon footprints because they usually require a van or other large vehicle to collect the scooters and transport the entire thing back to base for charging. Swappable batteries can be more easily transported –even by scooter – to and from their charging points and end points.

Swappable batteries also have the advantage that they can outlive the scooter, especially when some scooters get abused into shorter usable lifespans.

But the Bird Three is increasing its ruggedness to combat shorter scooter lives. The scooter uses a high-tech aluminum frame to give it what Bird calls “best-in-class durability.” It was also “independently tested and verified to withstand more than 60,000 curbside impacts.” Yikes, that’s a lot. I’d love to see what a scooter looks like after 60,000 real-world impacts – not just repeated testing bench bumps.

The scooter also sports “hidden and covered brake cables to increase protection against weather damage and vandalism.” While this is a great feature to have, it’s also a grim reminder that a few people hate shared scooters so much that Bird has to actively hide the brake cables from them to prevent the cables from being vandalized and cut.

The Bird Three doesn’t just sport new hardware though, there’s a pile of new tech inside that shiny scooter too.

A dual sensor throttle improves upon the single-sensor variety by taking multiple measurements for added safety and precision.

Bird’s operating system automatically detects illegal sidewalk riding and can enforce local speed limits based on geofenced parameters. And real-time fault detection allows Bird employees to respond quickly when problems arise with a scooter – a system aided by over 200 sensors spread around the scooter.

We expect to see Bird Three scooters popping up in cities soon, so be on the lookout if you want to try the latest that Bird has to offer.