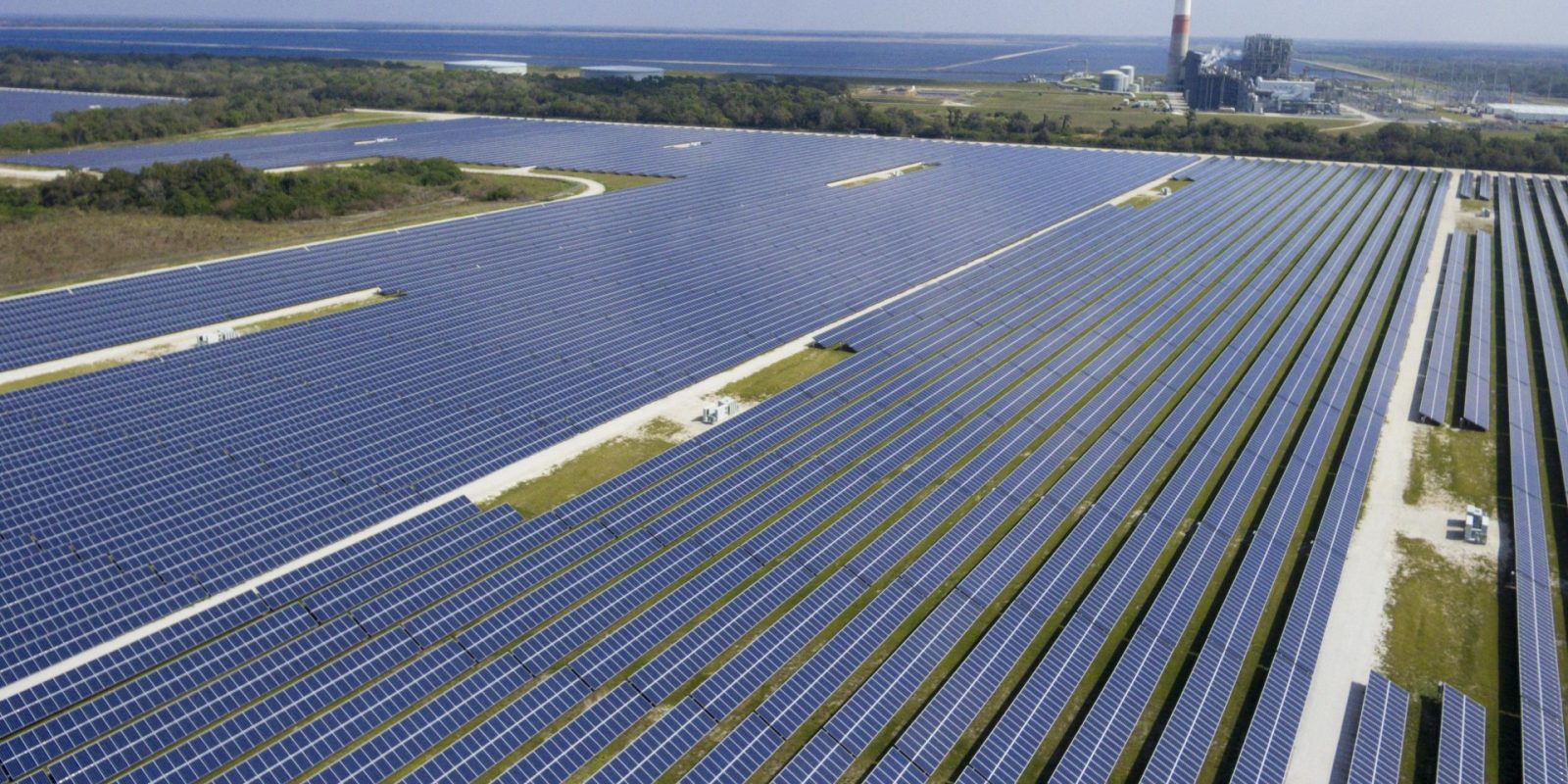 It’s in Parrish in Manatee County, which is is south of Tampa and north of Sarasota, on Florida’s west coast. In March 2019, Electrek reported that Florida Power and Light had announced plans for its huge Manatee Energy Storage Center, and now it’s on the home stretch to completion.

Crews have installed the center’s first battery modules. It’s now 75% finished, with 100 out of 132 containers installed, and all 132 of the project’s inverters set. Each container will hold around 400 battery modules.

The Manatee Energy Storage Center will have a 409-megawatt (MW) capacity with the ability to deliver 900 MWh of energy – enough to power 329,000 homes for more than two hours. That’s the equivalent of around 100 million iPhone batteries, and when operational, it’ll be four times the capacity of the current largest battery system in operation.

The energy storage containers sit on 40 acres, and the batteries are expected to have a life span of 40 years.

Charged by the existing Manatee Solar Energy Center, the battery will increase the predictability of solar – extending its benefits even when the sun’s not shining, such as at night or on a cloudy day. By deploying energy from the batteries when there is higher demand for electricity, FPL will offset the need to run other power plants – further reducing emissions and saving customers money through avoided fuel costs.

The Manatee Solar Energy Center is expected to be launched later this year, and replaces FPL’s coal plants.

In June, FPL demolished its last coal-fired plant, the Indiantown Cogeneration Plant in Martin County, east of the Everglades. And right before the plant imploded, FPL CEO Eric Silagy announced that the utility will build a solar center near the site.

FPL is the largest energy company in the US as measured by retail electricity produced and sold. It currently has  41 solar farms in the state, with nearly 3,000 MW of capacity.  All of its solar farms that have come online in 2021 will also support FPL SolarTogether, the largest community solar program in the US . It’s proving to be a popular program – SolarTogether is currently fully subscribed.