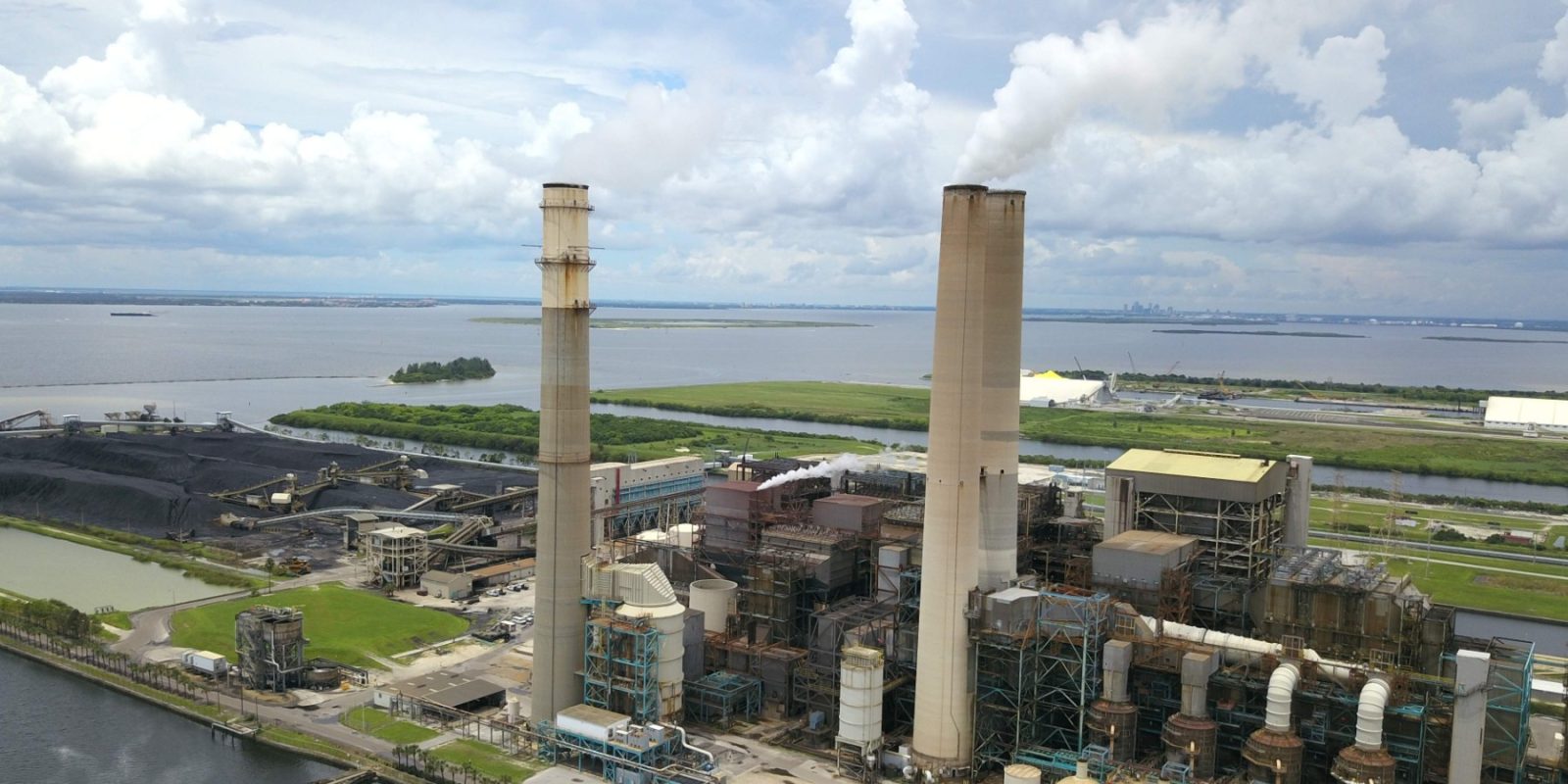 Governor Ron DeSantis (R-FL) just signed into law SB 1128/HB 919, “Preemption Over Restriction of Utility Services,” which was pushed through the legislature. It prevents local governments from deciding which energy path they want to take. In other words, Florida towns and cities are now unable to switch to 100% clean energy because they can’t ban fossil fuels.

What’s in the new law?

An act relating to preemption over restriction of utility services; creating s. 366.032, F.S.; prohibiting municipalities, counties, special districts, or other political subdivisions from restricting or prohibiting the types or fuel sources of energy production used, delivered, converted, or supplied by certain entities to serve customers; providing construction; voiding existing specified documents and policies that are preempted by this act; providing an effective date.

Or, as the Miami Herald explains, the new law:

What does this mean?

As the Sierra Club Florida chapter points out on its website:

So now each of these cities can no longer pursue 100% clean energy initiatives, as former governor and congressman Charlie Crist (D-FL), who is running against DeSantis in 2022, confirms:

During the Trump administration, clean energy initiatives in the US were implemented at local, city, and some state levels. That has continued under the Biden administration as Congress wrangles over the big infrastructure bill.

DeSantis just kneecapped Florida communities’ efforts to fight climate change and transition to clean energy by insisting that fossil fuels must be present in all electricity systems.

Why did DeSantis force fossil fuels on Florida?

The bill naturally had the backing of the Florida Natural Gas Association, seeing how natural gas is Florida’s largest single source of electricity. It powers 70% of the state’s electricity. So it’s big money.

It’s also dirty. Natural gas (mostly burned for electricity) produces 34.7% of Florida’s CO2 emissions, according to the US Energy Information Administration (table 3), behind petroleum, which produces 51.8% of the state’s emissions (mostly burned in cars). The electricity sector as a whole makes up 43.5% of Florida’s total emissions, which is disproportionately higher than the national average. Also, natural gas’s emissions might even be higher in reality due to unaccounted-for fugitive methane emissions.

DeSantis has a record of passing preemptive bills against straw men, and this is yet another example. He likes to ban what might be. No local government in Florida has banned natural gas yet.

Miami, the “most vulnerable coastal city” to climate change worldwide, is already experiencing the effects of climate change between flooding and contamination of its water supply due to sea level rise. The city has said it would need to block natural gas in new construction soon in order to protect itself from disaster, which would be important for the state, given that the Miami metro area makes up somewhere between a quarter and a third of Florida’s total economic output. Now, it can’t work to mitigate the causes of the climate change that threatens it because cities can no longer develop green building codes that exclude natural gas connections.

Let’s use an analogy. It’s now universally accepted, after many years of Big Tobacco insisting otherwise (incidentally, using the same lobbyists and industry-funded scientists who now deny climate change), that smoking cigarettes is bad for our health. Individuals can still legally smoke, but the Florida government has restricted where they can smoke. Fossil fuel emissions are even more dangerous than cigarette smoke – they caused 1 out of 5 deaths globally in 2018 compared to about 1 out of 7 for smoking. DeSantis just signed a bill saying that we are all required to breathe fossil fuel emissions. In other words, we aren’t allowed to ban “smoking” in our community “house.”

Bottom line, DeSantis chose short-term money – because climate change is going to cost Florida billions in the medium and long term, far more than any short-term profits from maintaining the status quo – and large corporate interests over those of his people. He doesn’t care what individual communities want, nor does he care about the health of Floridians.

How did environmental groups respond?

The governor had a choice with HB919: Sign it into law and side with the largest energy producers in the country, or veto it and side with local people and local governments. Unfortunately, but not surprisingly, he decided to side with corporations – just as he did earlier this year when he raised taxes on working people to give corporations a tax breaks and just as he did when he gave over $500 million in tax breaks to corporations at the start of the pandemic last year. HB 919 does nothing to prepare us to transition to a clean energy future, but instead, it prohibits cities from protecting their own citizens through targeted community-wide clean energy goals. Why anyone, let alone the governor, would make it harder for local governments to protect their residents is beyond me.

We are disappointed that the governor has chosen to sign HB 919. This bill will not only lock Florida into a dirty fossil fuel future, but also permanently silence voices of local communities and remove residents from the conversation on how we power our homes and businesses.

By banning local governments from taking any action to control the type of fuel used in their communities, the governor is giving a free pass to polluters to continue promoting and using dirty fossil fuels, the leading cause of climate change.

Florida is already dangerously over-reliant on out-of-state natural gas, a greenhouse gas which is much more potent than CO2. With his signature on the Preemption Over Utility Services bill, the governor has chosen to severely limit the choices Floridians have to develop cheaper and less harmful forms of energy production. We are disappointed to see that he has sided with Florida’s monopoly utilities and out-of-state gas companies instead of the people of Florida.

We are in the midst of a climate crisis, yet Governor DeSantis insists on choosing politics over Florida’s future.

I don’t live in Florida. Why would I care?

Disclosure: I live in Florida.

Here are two big reasons why you should care, even if you don’t live here.

One, Florida ranks third in the US for carbon dioxide emissions by state. It is the fourth-largest energy-consuming state and uses almost eight times as much energy as it produces. It’s the second-largest producer of electricity after Texas, and that’s, of course, mostly fueled by natural gas. And it’s growing rapidly – it’s now got the third-largest population behind California and Texas. So that’s a big chunk of our national emissions, and neighboring states, and indeed the whole world, have to deal with the repercussions of Florida’s poor decisions.

Secondly, Ron DeSantis just came in first, above Donald Trump, in a straw poll of Republicans as the favorite for the 2024 presidential election candidate. DeSantis has claimed he will address “coastal resilience,” yet here he is only furthering the causes that lead to that coastal devastation. And in the process, he just took cities’ power away to protect themselves. How would this play out at a federal level? Do you see DeSantis upholding the Paris Agreement? Or allowing states and municipalities around the country to protect themselves, should they need to?

In recent days, there has been a lot of movement on an effort to define “ecocide” as an international crime, alongside genocide. The definition would involve destruction of our natural environment – which is on par with genocide insofar as humans rely on the natural environment to live.

DeSantis’s decision to sign this into law is a clear effort to make our natural environment less livable – to cause harm on a broad scale. Except DeSantis isn’t just killing the home of Floridians; this pro-fossil-fuel decision effectively degrades the home of millions beyond Florida’s border.

All cities, towns, and counties in Florida who wanted to commit to achieving 100% renewable energy – to work to protect their residents from the climate emergency – can no longer do so.

Florida is seriously threatened by sea level rise – it’s not an “if,” it’s a “when” – and increasingly intense hurricanes, which are already happening. DeSantis knows this; that’s why, as I mentioned, he spends on “coastal resilience.” But to continue the behavior that caused the sea level rise in the first place? Well, that sure sounds like ecocide.