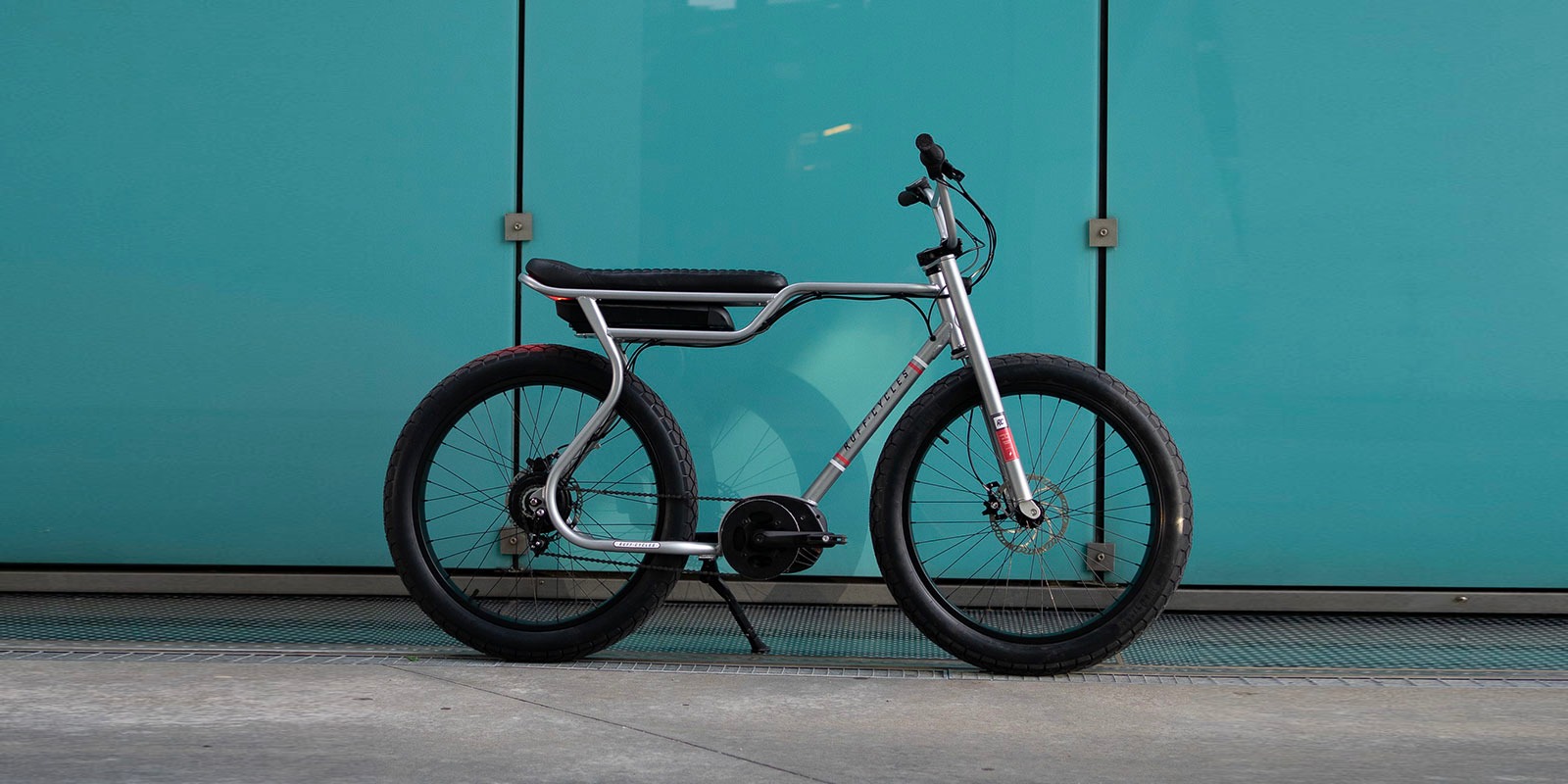 Ruff Cycles has just released a new electric bicycle known as the Biggie that sports a mini-bike design paired with a mid-drive motor setup. That’s a rarely seen combo on this popular style of electric bike.

But the German-based Ruff Cycles may have wanted to pluck a motor out of its own backyard, opting for a German Bosch e-bike drive system.

Both are listed at 250W, which keeps them legal in the EU. Both also definitely put out more than 250W of power.

Because European motor manufacturers are hamstrung by low-power e-bike regulations limiting them to 250W, they all claim a nominal 250W rating while publishing actual torque ratings. The torque ratings are not regulated, and thus allow manufacturers to more accurately convey the true “oomph” of their motors. For example, the smaller Bosch Active Line motor puts out a decent 40 Nm of torque, while the powerhouse Bosch Performance CX Line motor more than doubles that torque at 85 Nm.

Both are limited to a somewhat disappointing 25 km/h (15.5 mph) top speed – again due to EU electric bike regulations.

Customers can choose between two Bosch battery packs, a 300Wh or 500Wh pack. Both are rather small for a bike of this style, but the low top speed and lack of a hand throttle make the packs more or less sufficient since the motors can’t draw as much power as American electric mini-bikes like those made by Super73, Juiced Bikes, Ariel Rider, and others known for high-power electric bikes.

The powder-coated steel frame on the Ruff Cycles Biggie won’t do the bike’s weight any favors, and in fact the company has refrained from publishing the weight of the bike. So far it is listed as “TBA.”

But don’t expect this e-bike to be a lightweight. Moped and mini-bike electric bicycles are notoriously heavy, with their weight normally offset by the inclusion of a throttle. Without a throttle on the Ruff Cycles Biggie, riders will be relying on that Bosch mid-drive motor fully for pedal assist to get rolling.

The Biggie won’t be available until next year, when it will come with an expected price of €3,399 (approximately US $3,990). That’s a pretty penny, but the bike also sports a number of high-end parts to attempt to justify that high-end price.

Riders get an Enviolo continuously variable transmission paired with that Bosch mid-driver motor, Magura hydraulic disc brakes, high-end Tyron tires, and European manufacturing. The company doesn’t just assemble e-bikes locally on Chinese frames; they actually build the bikes from the ground up starting from the bare frame tubes. So despite the high price, there’s some real value here.

This is absolutely one of those e-bikes I’d have to try before I buy. For other styles of e-bikes, such as city or mountain e-bikes, you have a pretty good idea of what you’re going into. But mini-bikes are notoriously bad for pedaling. They’re rare in Europe for that very reason – they generally ride best on throttle operation since you can’t adjust the seat to get a good pedal arc.

One thing this e-bike has going for it in the pedaling department over most other mini-bike-styled electric bikes is that it offers 24-inch and 26-inch wheels. Most other models use 20-inch wheels that have you sitting lower. The larger wheels on the Biggie may put the rider in a more comfortable pedaling position, though they’ll also lift the center of gravity way up there – especially with the high-mounted battery.

And while I don’t disagree that there are some nice components on this bike and that the European manufacturing is worth it, that’s still a high sticker price. I’ll probably stick with an e-bike that goes more than twice as fast for less than half the price, but that’s just me.