A huge California hydropower plant shuts down due to drought 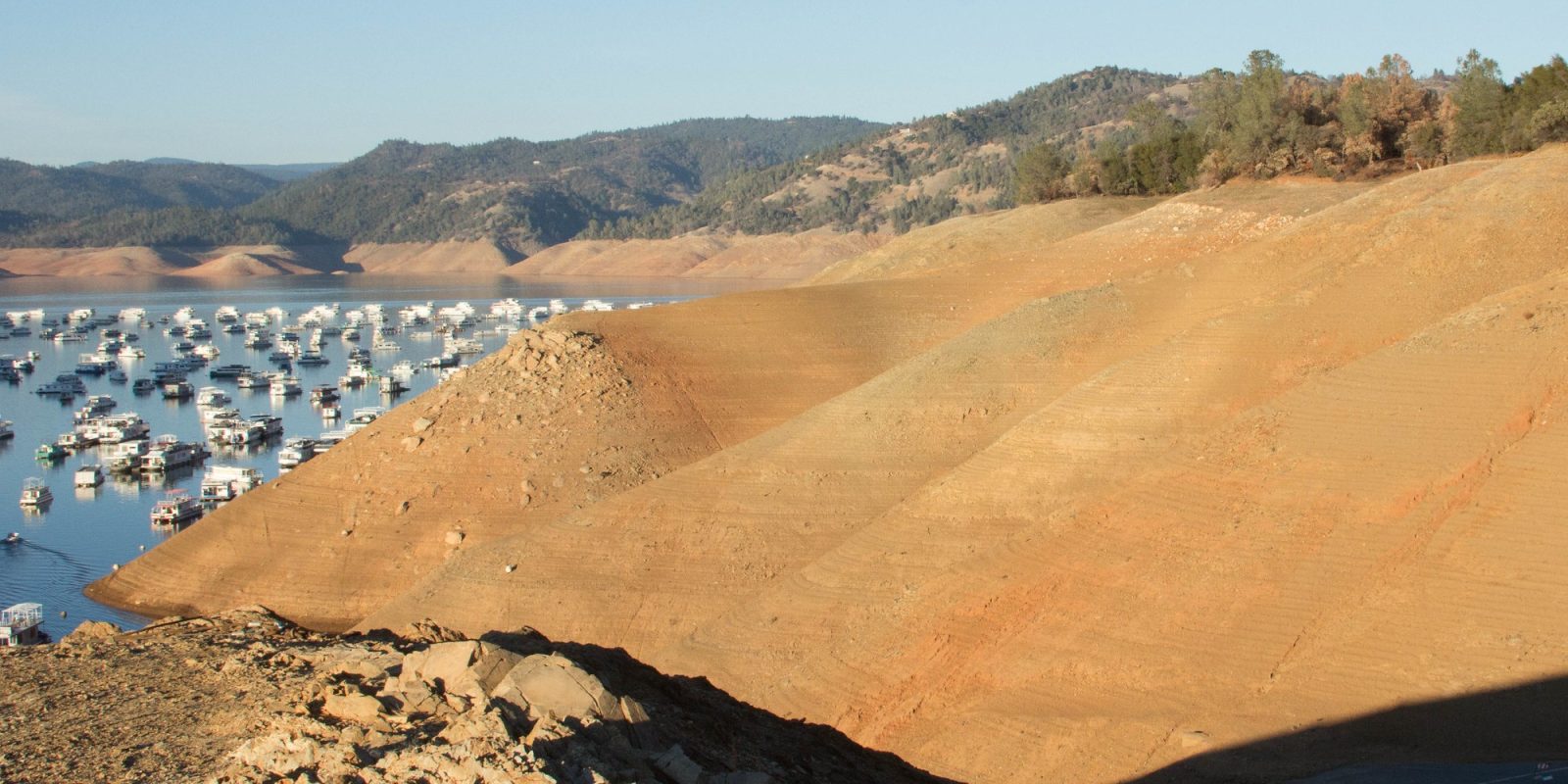 The Edward Hyatt hydroelectric power plant at Lake Oroville, California, was shut down yesterday for the first time since it opened in 1967 because of low water levels due to drought. Lake Oroville is California’s second-largest reservoir.

When it’s working, the Hyatt, the fourth-largest hydropower plant in the state, is able to generate up to 750 megawatts of electricity, which is enough power for around 500,000 homes, although it usually generates around 400 megawatts.

But Lake Oroville (pictured above) is currently only 24% full, or 34% of the historical average for August 5.

(If you scroll through Justin Sullivan’s Twitter feed, you’ll see a lot of excellent yet disheartening photos of how the drought is affecting the American West.)

DWR State Water Project operations managers have taken the Hyatt Powerplant at Lake Oroville offline due to falling lake levels. This is the first time Hyatt Powerplant has gone offline as a result of low lake levels. However, DWR anticipated this moment, and the state has planned for its loss in both water and grid management…

…This is just one of many unprecedented impacts we are experiencing in California as a result of our climate-induced drought. California and much of the western part of the United States are experiencing the impacts of accelerated climate change including record-low reservoir levels due to dramatically reduced runoff this spring.

California usually sources around 15% of its electricity from hydropower.

The DWR is calling on California residents to reduce water use by 15% but doesn’t indicate in its statement how that reduction should be quantified.

Read more: Check out the world’s second-largest hydropower station, which is now live

Photo: “Lake Oroville, After” by Dan Brekke is licensed under CC BY-NC 2.0