EGEB: Watch the TVA blow up its oldest coal-fired plant (and they want to replace it with natural gas) 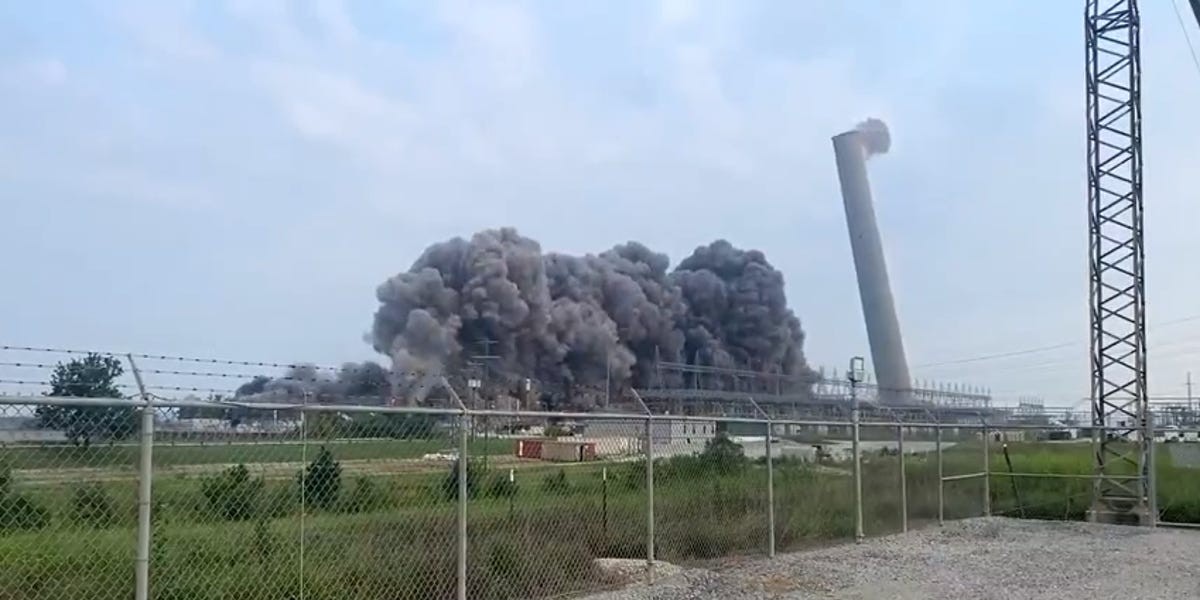 The Tennessee Valley Authority (TVA) blew up the 600-foot smokestack of its oldest coal-fired power plant, which was in New Johnsonville, Tennessee. The plant generated its first electricity in 1951 and its last on December 31, 2017.

That’s the good news, and watch it fall below:

Here’s the bad news, according to TVA (which it announces in a tone-deaf manner as good news):

Currently, there are 20 combustion turbines at the site, a number of which will be retired as new, more efficient natural gas generation is added to the system.

By 2035, TVA plans to add about 10,000 megawatts of solar power. To do this, the utility plans to use natural gas to keep the power system reliable as coal plants retire.

In 2005, TVA generated 57% of its electricity from coal. Since 2012, TVA has retired six coal plants, which reduced the amount of coal energy to around 14%. The utility says it could retire its entire coal fleet by 2035 pending approvals.

Electrek’s Take: TVA is doing some good things, such as increasing solar and building out an EV fast charging network. Getting rid of coal is also great (plus, it’s just kinda fun to watch coal plants blow up).

But nothing annoys me more than when utilities try to greenwash natural gas as “clean.” It’s not clean. It’s a fossil fuel that produces dangerous methane. It’s the second most long-lived greenhouse gas, and it currently makes up 10% of emissions in the US.

So to replace a fossil fuel with another fossil fuel is not the way to fight climate change and improve our air quality. Switch to battery storage, TVA, not gas. You were created under the New Deal, and should be a leader, not a laggard.

Solar for the UK’s Ministry of Justice

Framingham, Massachusetts-based Ameresco (NYSE: AMRC) has completed a £1.1 million ($1.5 million) roof-mounted solar PV project for the UK’s Ministry of Justice (MoJ). The clean energy company has installed solar panels on seven courts and three prisons in the Midlands, in England.

The solar installations will provide an energy savings of 427,602 kWh per year and a carbon savings of 106.2 tonnes per year. Project construction began in December 2020 and was completed in March 2021.

The project will advance the MoJ’s long-term goals to decarbonize federal buildings. For example, the MoJ will install thousands of solar panels on four prisons being built in England.

Utilizing rooftop space for renewable energy generation is a prime example of sustainable leadership from a government entity that works at the heart of the justice system.