Paradise lost: TVA shuts down another coal plant unit (and could do a lot more) 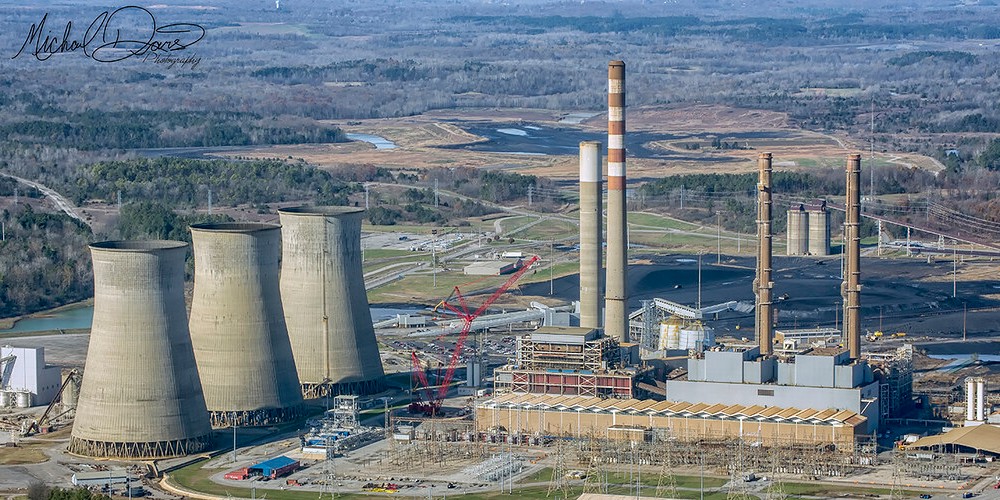 The Tennessee Valley Authority (TVA) shut down its last operating unit at its Paradise Fossil Plant (pictured) in western Kentucky this week. Paradise was one of TVA’s biggest coal plants.

The TVA was created during President Franklin Delano Roosevelt’s New Deal in 1933 to bring power and economic development to one of the areas of the US hit hardest by the Great Depression.

Despite objections to the closure from Senator Mitch McConnell (R-KY) and Donald Trump, the TVA board voted in February 2019 to halt the last Paradise unit, along with the Bull Run Steam Plant near Oak Ridge by 2023.

TVA spokesman Jim Hopson told the Chattanooga Times Free Press that “TVA has expanded its nuclear generation for its baseload capacity, and gas and renewable sources are better suited and cheaper for meeting power peaks.”

In September 2019, TVA, the US Department of the Navy, Silicon Ranch, and the East Mississippi Electric Power Association brought a new 6MW solar facility at the Naval Air Station in Meridian, Mississippi, online.

And two weeks ago, Vanderbilt University committed to a green energy partnership with TVA and Nashville Electric Service for offsite solar. Vanderbilt’s goal is to be carbon neutral by 2050.

The TVA could lead in the South when it comes to clean energy — but it doesn’t. (And the South lags behind the rest of the country in clean energy and energy efficiency.) The New York Times reports in an opinion piece:

It is true that under a new chief executive, Jeff Lyash, the TVA has recently made noises about building a lot of solar plants. But they seem to be just noises: The actual budget the TVA has adopted calls for a more modest solar program that will most likely leave the Tennessee Valley lagging [behind] much of the South.

The TVA’s board members are appointed by the incumbent president. So it’s had no pressure from the current administration to adopt green energy, and Barack Obama didn’t want to tangle with Tennessee’s Republican senators, so he didn’t push them, either.

Stephen Smith, the executive director of the Southern Alliance for Clean Energy, said:

If someone could make a compelling case that you need to put this country on a war footing to solve the climate crisis, then TVA could be a tremendous asset for doing that. But you’d have to clean house.

Overall, the authority’s power mix is more than half clean, well above the national figure of 38% of all electric-power generation coming from low-carbon sources. To get to 100% would thus require less work at the TVA than for many power suppliers.

The backwardness of the TVA on this issue is not just a national embarrassment; it is a betrayal of the agency’s own progressive legacy as one of the signature creations of the New Deal. The next president… needs to shake up the TVA board and demand that the agency become a leader, not a laggard, in battling the climate crisis.