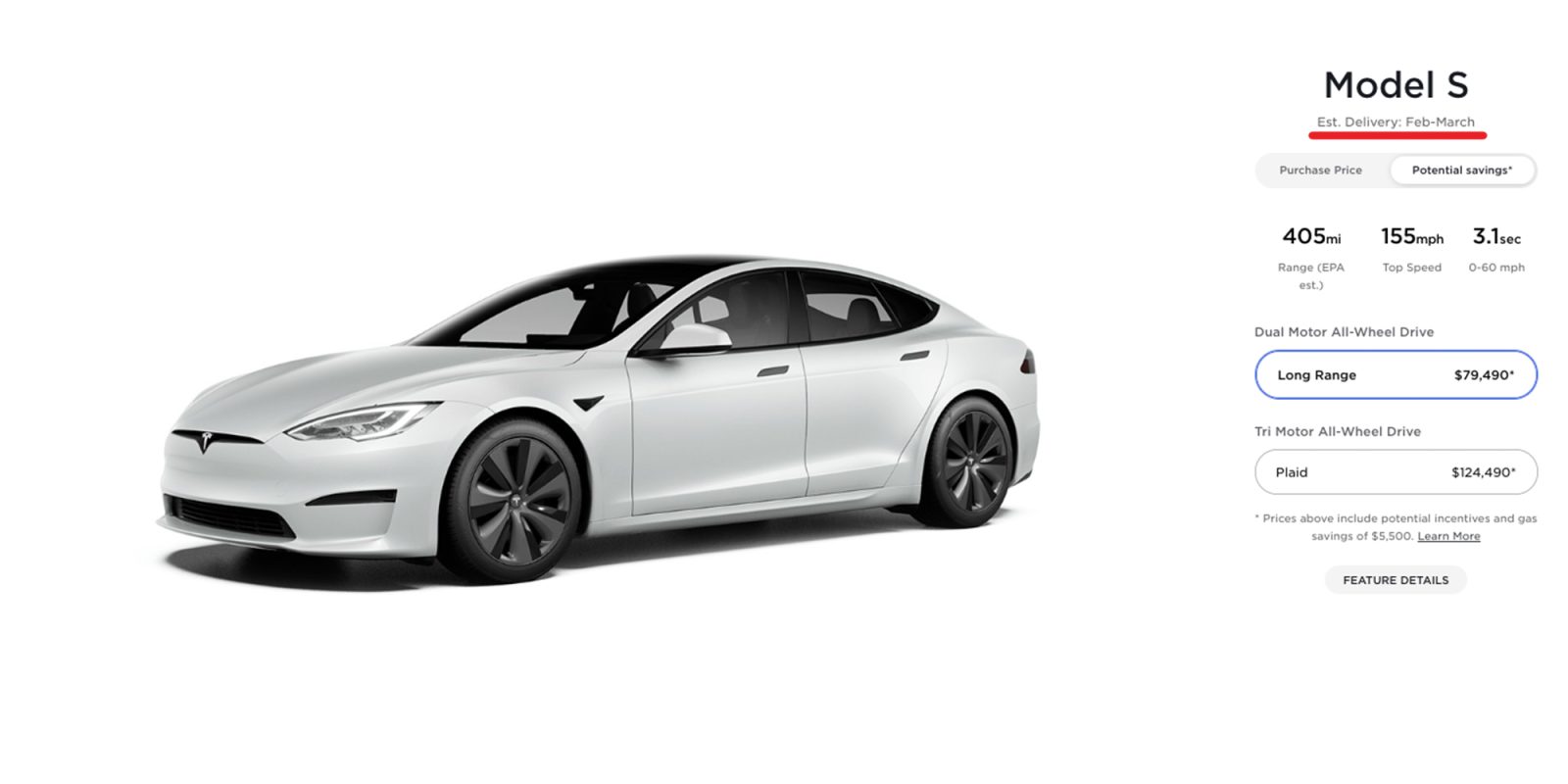 Tesla has updated its website configurator for the upcoming Model S, to reflect delivery delays on both the Long Range and Plaid trims for new customers. The Long Range Model S especially faces a massive delay, now estimated to arrive in February or March of 2022.

Delays to estimated delivery windows are not uncommon for Tesla, nor are fluctuating prices. However, this latest push is quite significant compared to previous delays, as it has punted the expected delivery time of the upcoming Long Range trim into 2022.

Previously, the Long Range Model was scheduled to begin arriving in customer’s driveways this September or October. Simultaneously, the highly touted Model S Plaid is also showing a delay, albeit quite smaller than the Long Range.

Plaid was originally scheduled to arrive next month, but has now been pushed to September-October, according to Tesla’s website.

The timing of this delivery window change is particularly interesting, since Tesla halted delivery of its Model S EVs last week.

Model S customers began reporting that their vehicles had departed the Fremont factory and had arrived at their local delivery center, but local sales advisers were telling them that they could not deliver the new EVs. Furthermore, Tesla advisors would not offer any further explanation.

This week, Electrek reported that Model S deliveries had in fact resumed, although Tesla still has not explained the reasoning behind the weeklong hold.

Now, deliveries of new Model S electric vehicles are apparently facing further delays for new customers, although we currently do not know the root cause.

Perhaps it’s an issue of demand, or a supply shortage, or perhaps a combination of both. Maybe it’s something completely different. Regardless of the reasoning, new customers looking to destroy radar guns with a new Plaid will have to wait an extra month or two.

If you’re looking for a brand-new Long Range Model S, well you may have to be a bit more patient.