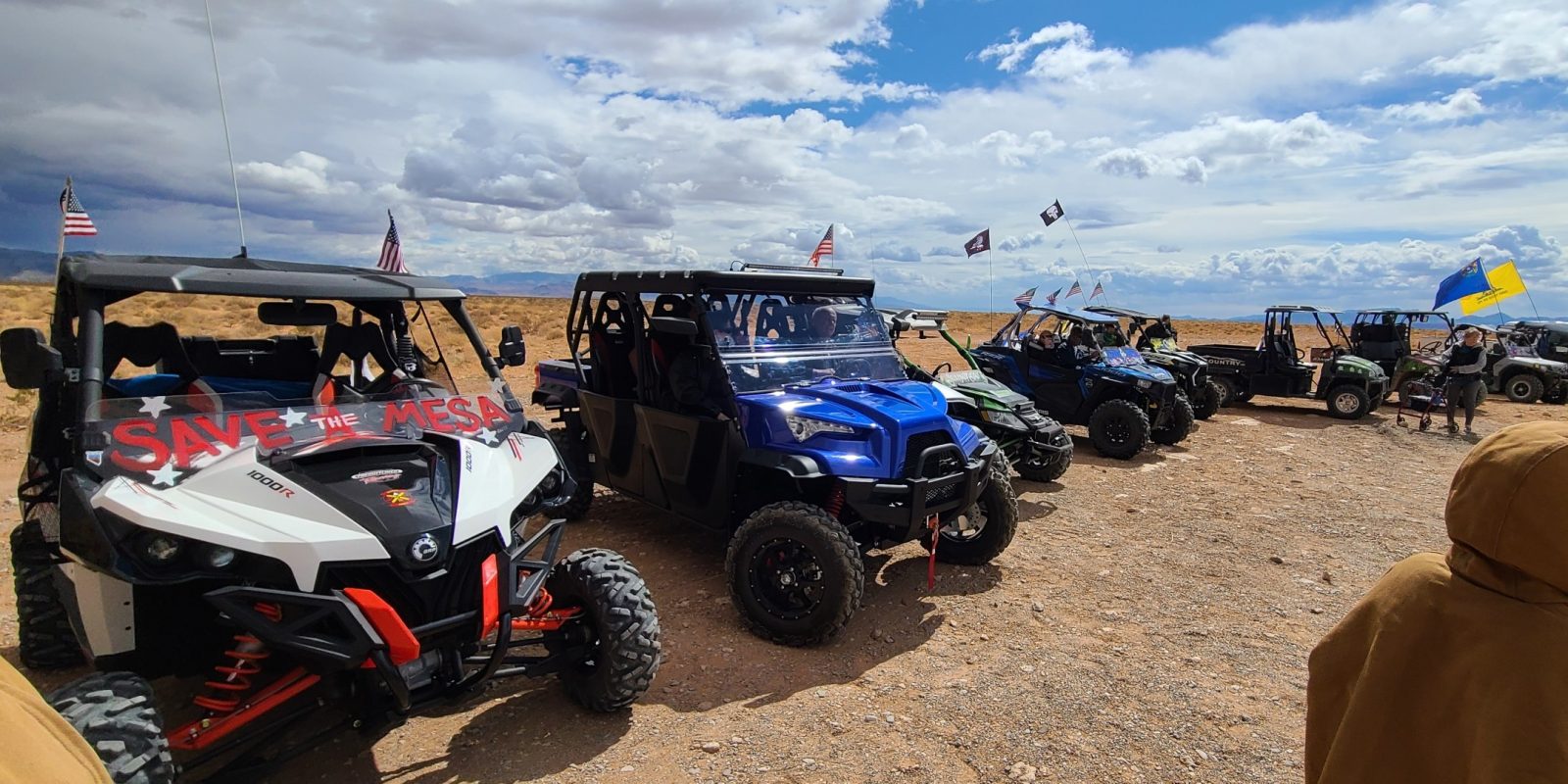 The Battle Born Solar Project in Nevada – what would have been the largest solar farm in the US – is now canceled because nearby residents said it would be an eyesore.

The 850 megawatt, 9,200-acre solar farm, which would have been constructed in southern Nevada’s Moapa Valley, was to sit on 14 square miles on the Mormon Mesa, a flat-topped hill around 50 miles northeast of Las Vegas.

California-based Arevia Power and Solar Partners VII LLC withdrew their application with the Bureau of Land Management (BLM) last week in the face of opposition from a group called Save Our Mesa.

The group, which is made up of residents, environmentalists, and others, feels that the solar farm would hinder hiking, camping, driving off-highway vehicles, and horseback riding and deter tourists from visiting artist Michael Heizer’s environmental sculpture, “Double Negative” (1969).

Arevia told TV station KLAS that “the arrays would have been set back and not visible from the valley below. The company had estimated the project would create 2,600 jobs and provide daytime energy needs to 500,000 homes.”

Kirsten Cannon, a BLM spokesperson, said that the project did not have high priority [via the Las Vegas Review-Journal]:

The Battle Born project rated as low priority both in the initial ranking and after the proponent provided additional information and requested reconsideration.

The Mormon Mesa is south of the site of the decommissioned Reid Gardner plant. The generation site closed in 2014, but its trunk lines to the power grid remain. A spokesperson for NV Energy said the company does not have a plan to buy power from Arevia, but it is required under law to move its electrons through its network.

Save Our Mesa’s objections

One Save Our Mesa supporter said in the KLAS video:

I’m not against renewable energy, I’m just against losing this beauty.

In a blog posted on July 24 on Save Our Mesa’s website, called “In our own words,” it says:

We have been called a whining NIMBY (not in my backyard) group, well this is mostly true because this project IS literally IN our backyard! The Battle Born Solar Project is being proposed to be built 8000’ from our homes and 2/3 of Manhattan can fit in its footprint!

And resident Suzy Rebich, who has solar panels on her roof, also wrote in a blog on Save Our Mesa’s website on July 24:

We have room on our property to easily install over 100 panels and help generate some clean energy for all, however, if you install too many panels and overproduce energy they will not buy it back from you and you will be fined. So it’s not OK for individuals to use their rooftops to generate green energy, but it’s OK for giant industrial corporations to take PUBLIC LAND and destroy/restrict it to put solar farms on and turn a profit??? We absolutely love our new solar panels and it would be nice to help out by installing extra. We’re not opposed to the giant solar farms, but we just don’t want them in anyone’s backyard – especially ours.

Arevia is building the 7,000-acre, 690 MW Gemini, which is Nevada’s largest solar farm. It’s around 20 miles away from Mormon Mesa.

Nevada’s target is to source 50% of its energy from renewables by 2030. Renewables currently make up 28% of Nevada’s utility-scale energy generation. Battle Born would have made up one-tenth of Nevada’s total energy capacity.

The Las Vegas Review-Journal reports that a Solar Partners spokesperson wrote in an email:

[The companies] withdrew the application for the Battle Born Project to relocate it to a more optimal site with better proximity to transmission. Several sites are under consideration.

So it appears as though this solar farm could eventually be located elsewhere. The need to transition to clean energy is urgent and non-negotiable, and Nevada is willing.

Some Save Our Mesa activists say that they’re pro-renewable energy, but its website features some odd arguments against solar farms, such as how solar panels can lower humidity. In fact, the group’s website contains a lot of contradictions. Bottom line: They just don’t want the solar farm in their backyard, as they explicitly state.

(Also, as an aside, those gas ATVs they drive rankle me. How is tearing around the desert in those vehicles caring for one’s environment? It’s not, according to the Forest Service – see the executive summary – and it’s particularly bad for the desert. Please do tell me in the comments below if it’s possible.)

Solar farms can be very environmentally friendly. Heck, Indiana’s largest solar farm was designed to encourage the growth of native meadow grasses and pollinator-friendly wildflower plants. As I wrote earlier today, the Dutch are piloting a solar farm/farming project in which agriculture and solar panels coexist.

Death Valley, a couple hours’ drive away, is hitting record high temperatures this summer. Lake Mead, which supplies water to surrounding areas, is at dangerously low levels. The need to fight climate change is a lot more important than a nice view right now. I personally find my neighbors’ solar panels reassuring.

Photo: Save Our Mesa