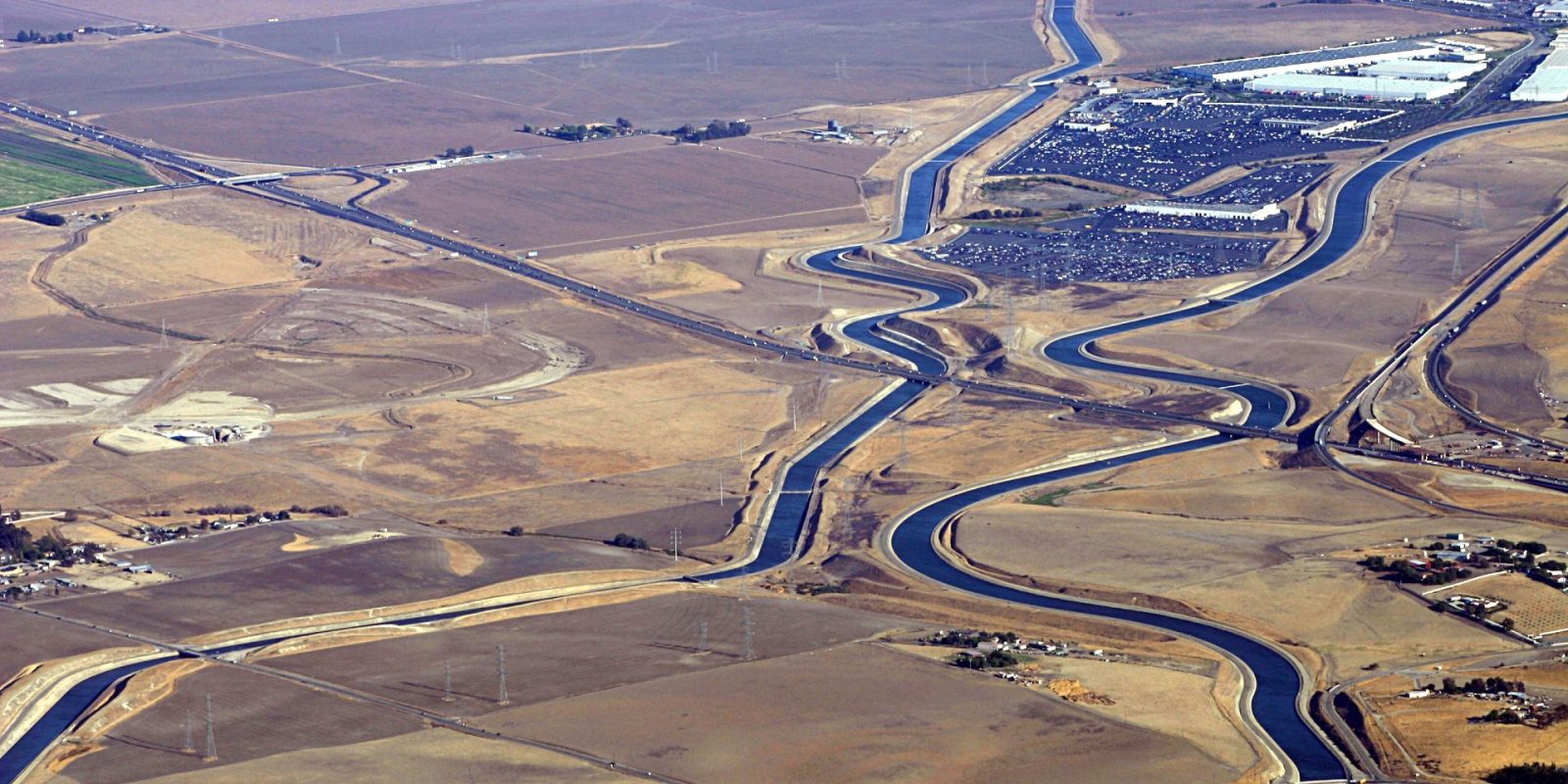 Water supply is tricky stuff in California, as the state has a constant threat of drought. The California State Water Project is one of the largest public water and power utilities in the world. It includes more than 700 miles of canals. And that’s just one part of California’s canals – there are nearly 4,000 miles in total.

So scientists at the University of California, Santa Cruz have just figured out a win-win for both California’s water canals and green energy: Build over-canal solar photovoltaic arrays, which they detailed in the study, “Energy and water co-benefits from covering canals with solar panels,” published in Nature Sustainability.

The paper is a feasibility study, but it has the potential to be a tangible solution, because, as the study states:

Case studies of over-canal solar photovoltaic arrays have demonstrated enhanced photovoltaic performance due to the cooler microclimate next to the canal. In addition, shade from the photovoltaic panels has been shown to mitigate evaporation and potentially mitigate aquatic weed growth.

Plus, the panels don’t have to occupy new land. The scientists analyzed three different configurations for eight different sites:

The study showed there wasn’t a big difference between the three project types when it came to LCOE:

Researchers recommend that the next step should be pilot projects or initial field experiments. Michael Kiparsky, director of the Wheeler Water Institute at the UC Berkeley School of Law, summed up the significance of putting solar over canals [via Wired]:

You’re taking something that’s already been altered by human activity and doubling up on the benefits it provides. That’s the profound piece.

Or in a slightly more elaborate explanation, Merkley’s website explains the bill’s aim:

The legislation would reduce plastic production, increase recycling, and protect frontline and fenceline communities from the burden of toxic emissions from plastic waste by changing the incentives of the industry. The bill would shift the burden of cleanup to the corporations that produced the plastics so they have financial motivation to end the burning and dumping; strengthening environmental justice protections; eliminating waste export loopholes; and extending across the nation existing laws that have been proven to work on the state and local level, among other steps.

Merkley, who serves as the chair of the Environment and Public Works subcommittee overseeing environmental justice and chemical safety, said:

Plastic pollution is a full-blown environmental and health crisis, and it’s time that we pass this legislation to get it under control.

The bill is endorsed by over 500 groups. This short documentary from award-winning activist, filmmaker, and cofounder of the #BreakFreeFromPlastic movement, Stiv Wilson, explains it best. The film explains how communities of color have been impacted by plastic production and waste, and also where clean energy comes into this bill. The film is a must-watch: