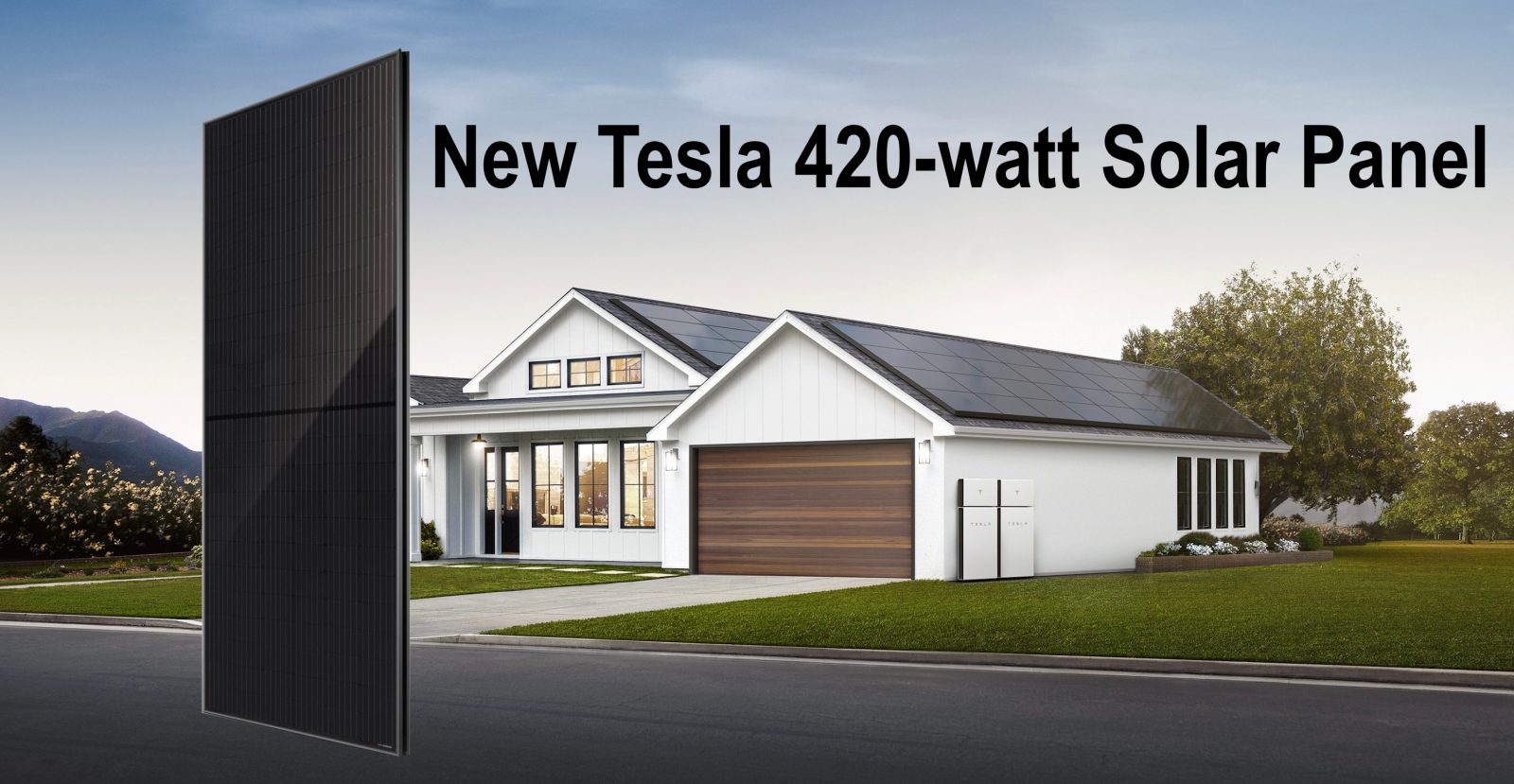 Tesla is launching a new 420-watt solar panel, one of the most powerful residential solar panels on the market right now.

As Elon Musk is standing trial in Delaware over Tesla’s acquisition of SolarCity, the automaker’s energy is quietly introducing a new solar module for its solar rooftop business.

While the solar roof tiles capture most of the attention, Tesla’s solar panels still represent most of its solar business.

With the new pricing and a new price match policy, Tesla Solar became extremely competitive, and the company ramped up installations to 92 MW deployed last quarter.

The automaker hasn’t updated its online solar panel configurator yet. It still only features the company’s 340-watt solar panel manufacturer by Hanwha Solar.

However, Electrek has confirmed with third-party Tesla solar installers that they started offering the new 420-watt panel, which is much more powerful than what it was previously offering and amongst the most powerful residential solar panels on the market.

Electrek was able to obtain a datasheet that Tesla has shared with installers. The panel is not more efficient at 19.8% efficiency, but it is bigger, allowing for fewer modules per installation.

The company writes about the panel on the datasheet sheet:

“The Tesla module is one of the most powerful residential photovoltaic modules available. Our system requires up to 20 percent fewer modules to achieve the same power as a standard system. The module boasts a high conversion efficiency and a half-cell architecture that improves shade tolerance.”

The new module features technology developed by Zep Solar, a company acquired by SolarCity before it was itself acquired by Tesla.

Tesla writes in the datasheet:

“Featuring our proprietary Zep Groove design, the all-black module connects easily with Tesla ZS components to keep panels close to your roof and close to each other for a blended aesthetic with simple drop-in and precision quarter-turn connections.”

It’s still unclear when solar installations with the new modules will start and if it will affect pricing and options, which are currently geared for 340-watt panels:

We will keep a close eye on Tesla’s solar options and pricing in order to keep you updated as soon as possible.

It’s not the first new solar hardware that Tesla is launching this year.

In January, the automaker also launched its own solar inverter as it is trying to offer a full solar ecosystem.