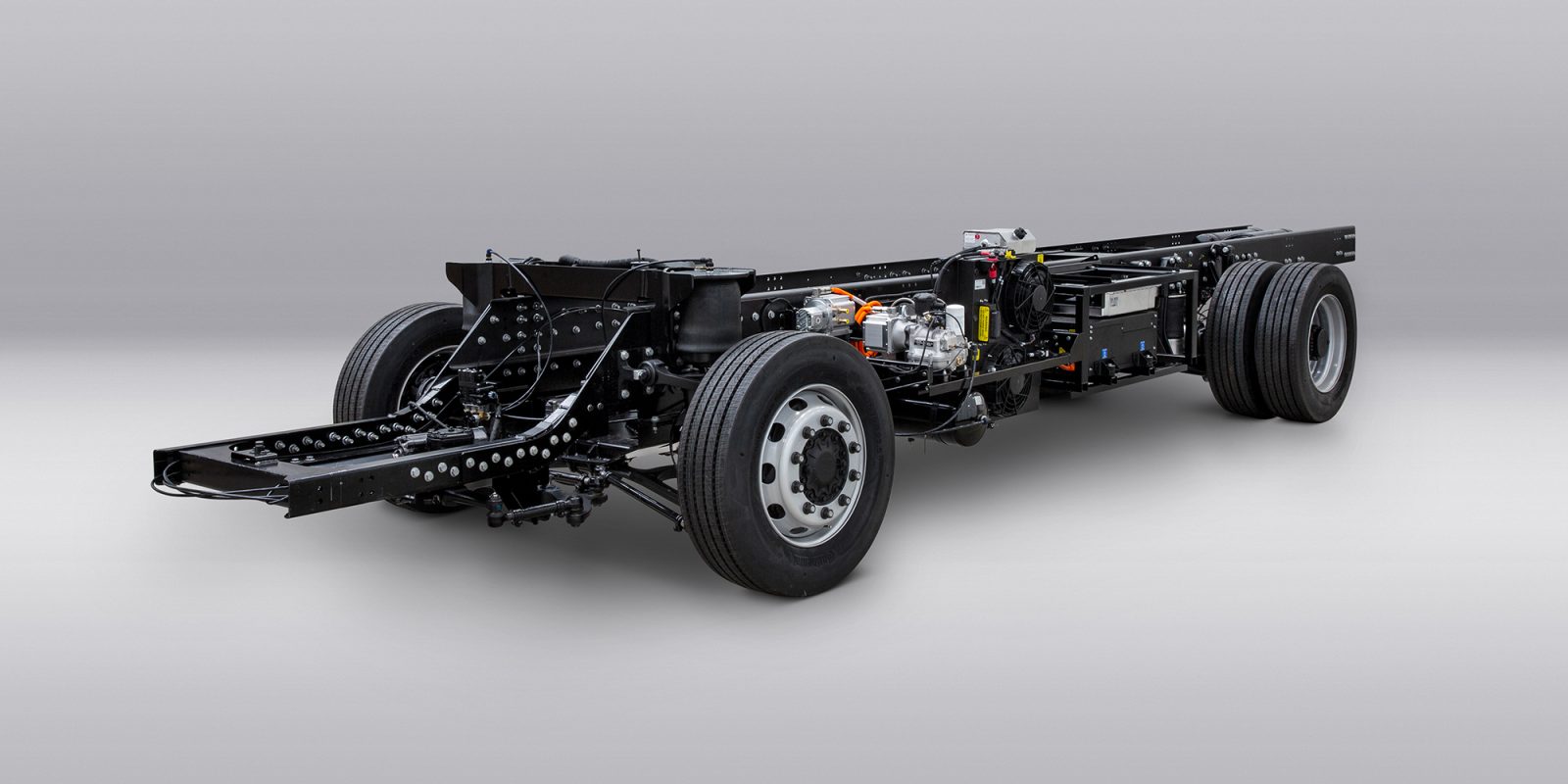 UK-based EV startup Volta Trucks has just unveiled its first running prototype chassis that will offer the framework of its upcoming purpose-built, 16-ton electric truck. The newly announced Volta Zero Truck prototype chassis was designed and built to include the production specification frame and drivetrain components consumers will eventually see in the finished vehicle. With big goals set for 2025, this announcement brings Volta Trucks one step closer to providing inner-city logistics to the masses.

Volta Trucks is a full-electric vehicle manufacturer startup and services company. Since being founded in 2019 in London, Volta has opened additional offices in Sweden and France. As a younger EV company, Volta’s focus has been on its first commercial EV, the Volta Zero. This 16-ton electric truck serves as a last-mile delivery fleet for city centers.

In January, Volta announced $20 million in additional funding, bringing the Volta Zero order book to over $260 million. With these growing orders, Volta Trucks recognized its higher-than-anticipated demand and, this past May, announced a more rapid expansion in nearly all aspects of its business, including three additional versions of the Volta Zero Truck.

In a press release from Volta Trucks, the UK startup has given us the first glimpse of a 16-ton Zero Truck chassis prototype. Previously, we have seen footage of the initial demonstrator truck, which debuted with the launch of the Volta Zero Truck in 2020.

However, this new chassis prototype is fit with the framing specifications and drivetrain components that should be present in the production version of the electric truck. This will allow the next variation to drive at normal road speeds.

This prototype chassis will also feature a battery supplied by Proterra and an integrated eAxle from Meritor, in addition to an electric motor and transmission unit. According to the release, the Volta Zero will be Europe’s first commercial vehicle to use the eAxle.

If you haven’t followed Volta Trucks, where have you been? Just kidding, but in all seriousness, the company has come a long way in the two-plus years since its inception. Remember, the Volta Zero Truck went from sketch to demonstrator prototype in less than 12 months, and is now 18 months away from full-fledged production.

That, on top of three variations by 2025, gives Volta plenty to stay busy. Company CEO Essa Al-Saleh elaborated on the announcement and the company’s ambitious timelines:

The reveal of our first running prototype Volta Zero chassis is a major milestone on our journey to producing the first customer-specification vehicles in around 18 months’ time. The prototype will provide our designers and engineers with feedback and real-world data on the vehicle performance. The learning from the prototype will also feed into the Pilot Fleet vehicles that will support our customer’s understanding of the electrification of their fleets. But this is also a great example of the nimble and agile culture and approach we have at Volta Trucks. While traditional vehicle manufacturers take years to undertake market assessments, design processes and vehicle development, at Volta Trucks, we work at speed because we know that the world’s climate emergency cannot wait, and our customers need vehicles now. In six months, we have designed and developed a running prototype chassis and 18 months from now, we will be building series production vehicles for our customers. This is what they need, this is the speed they need us to work at, and this is what we’ll deliver.

The prototype chassis will next begin a comprehensive testing program on proving grounds. The results will then be used in the production of a Pilot Fleet of vehicles expected at the end of the year.

Full-scale production of customer-specification Volta Zero Trucks is still slotted for the the end of 2022.

You have to at least applaud Volta fTrucks or dreaming big and setting these ambitious goals. Whether they hit them or not remains to be seen, but perhaps more companies should be aiming their sights higher to help reduce carbon emissions more rapidly. That dreadful sense of global urgency remains, ya know.

While this is a young company, it has stayed on track with its benchmarks, and has even added new goals along the way. The focus for now will be on the 16-ton Volta Zero, the original truck announced by the startup.

Having a running chassis featuring the frame and vital components of the production version EV is a big step, but there will be a lot of testing and retesting to complete before we see deliveries in 2022.

With that said, all seems to be going to plan according to Volta. If its order book has anything to say about it, the imprint of Volta Zero on urban streets could be tremendous if the company hits its 2025 goal with size variations. What do you think? Let us know in the comments.