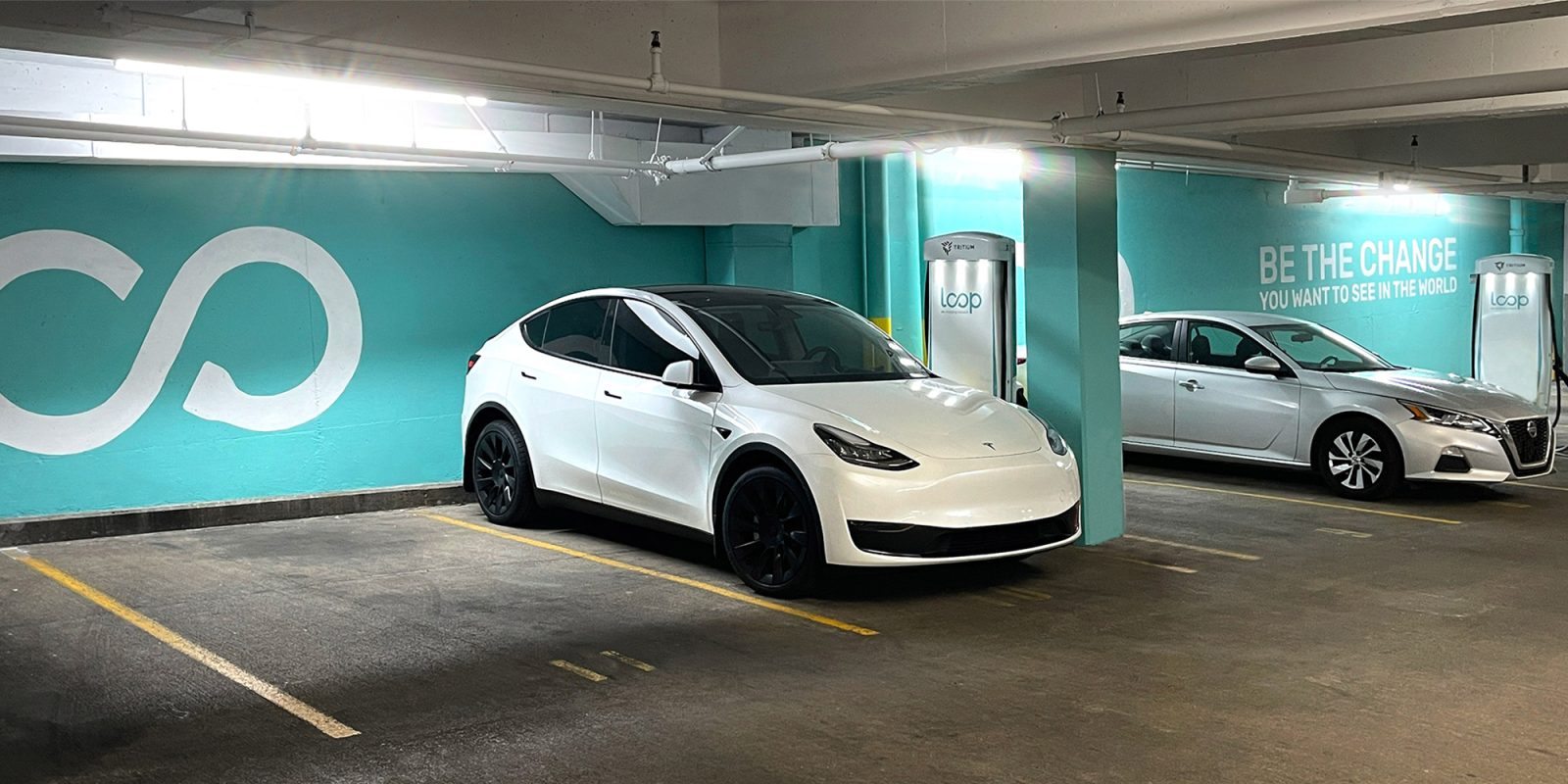 DC Fast Charging hardware and software manufacturer Tritium has announced a collaboration with Loop, a developer and operator of both public and private EV charging networks. The partnership begins with Tritium’s DCFC’s on Loop’s network on Los Angeles’ Miracle Mile, with plans to expand further in California followed by expansion to other states.

Tritium is an Australian DCFC hardware and software manufacturer founded in 2001, with offices in the US and Europe. It is a company whose other partnerships Electrek has covered, as Tritium brings its two decades of charging experience to EV networks around the world.

Last month, Tritium announced a definitive agreement for a SPAC merger with Decarbonization Plus Acquisition Corporation II ($DCRN), which is expected to be completed in the Q4 of this year.

Loop provides turnkey hardware, software, and service solutions to customers with the goal of making EV charging less of a hassle and more accessible to people. This is what the company calls Loop as a Service (LaaS).

With today’s announcement, Tritium and Loop plan to combine their respective expertise to provide seamless and easily implemented DC Fast Charging solutions throughout California and beyond.

In a press release from Tritium, the collaboration agreement with Loop was officially announced today and will begin with three RT50 chargers with capable outputs of 50 kW. These Tritium chargers exist at a commercial office building on the heavily trafficked Wilshire Boulevard in Los Angeles.

The chargers are brand agnostic, too, so EV drivers of any make or model will be able to get energy from them on Loop’s network. Mike Calise, President of the Americas at Tritium, elaborates:

As the world shifts toward electric vehicles, it is critical for drivers to have access to convenient charging solutions. We are excited to bring Tritium’s advanced technology to more Californians and to make the ease and reliability of DC fast charging available to customers where they live and work. We believe the partnership with Loop is a great way to get our DC fast charging technologies to drivers, where they are needed, as quickly as possible.

As part of this new partnership, Tritium plans to work with Loop to fill existing EV charging gaps for drivers, beginning with California. The companies have already shared plans for expansion to other states, including Arizona, New York, and New Jersey.

Tritium has stated that part of the strategy of the partnership will be to target workplaces and retail centers, installing accessible fast-charging solutions provided by Tritium on Loop’s holistic service network. Dustin Cavanaugh, CEO at Loop, explains:

Tritium’s industry-leading DC fast-charging solutions allow us to serve our customers better as we continue the expansion of Loop’s rapidly growing EV charging network. We recognize the important role DC fast charging plays in widespread EV adoption, and we could not be more excited to combine forces with Tritium to drive adoption of this technology across the U.S.

Loop is a much newer player in the charging space, especially in terms of DCFC. That’s where Tritium comes in and can truly help Loop provide the charging output it would need to keep consumers charged and happy.

That being said, 50 kW is certainly on the lower end of DCFC output. Furthermore, an initial rollout of only three chargers in one single location isn’t the biggest splash in terms of a launch, but slow and steady (sometimes) wins the race. This is a very fast-moving EV industry, however.

It will be interesting to see how quickly more DCFC’s rollout in California as a result of Tritium and Loop working together. Hopefully, they can, in fact, fill those charging gaps for drivers they strive to do, as long as they don’t get passed over for much more powerful chargers in town.