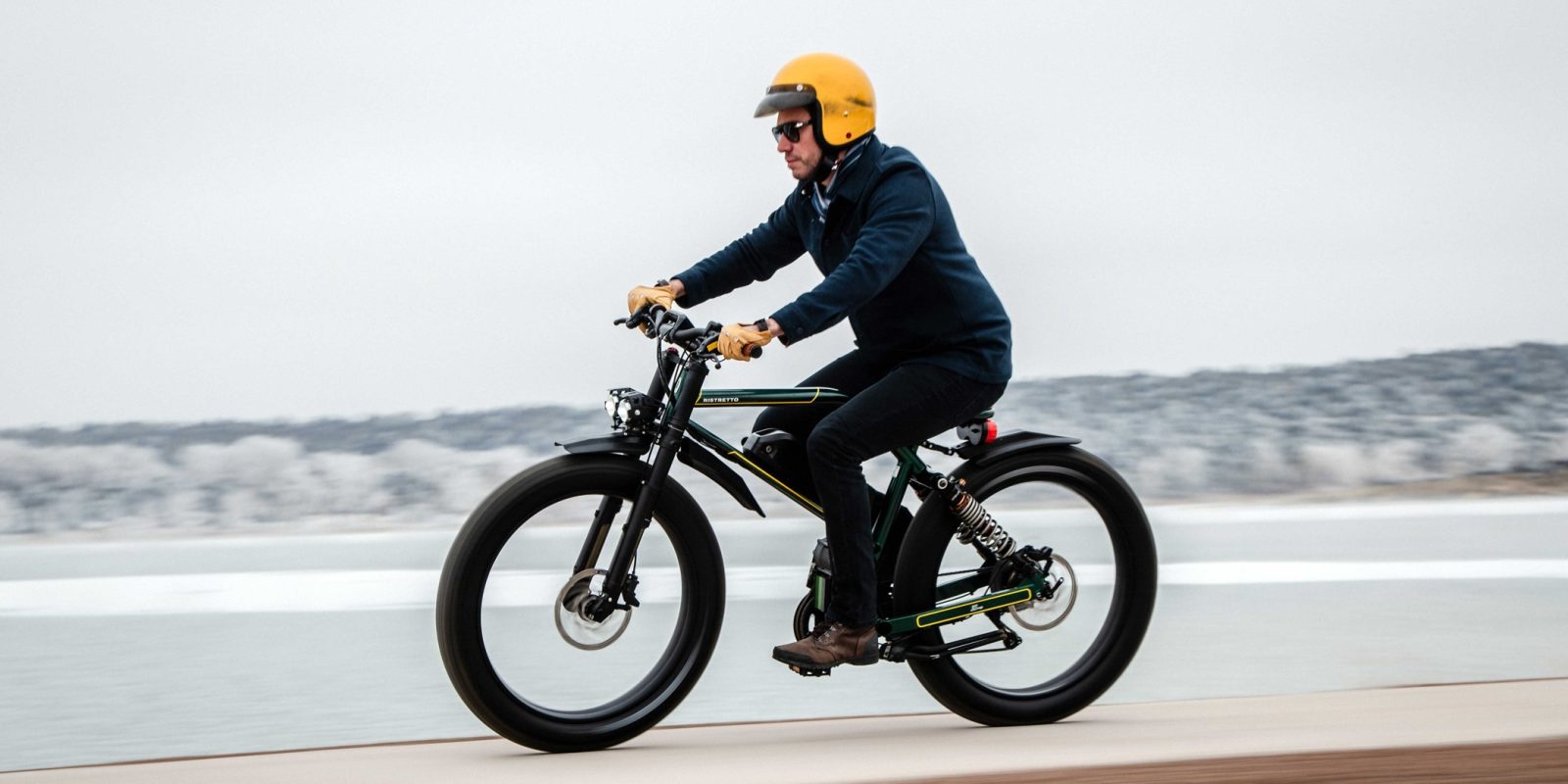 While new e-bike launches are fairly common these days, powerful mid-drive electric mopeds are still a rarity. That makes the new Ristretto e-bike all the more interesting.

It isn’t your typical electric moped, with its large 26″ diameter wheels and a more traditional bicycle-style frame.

It also goes its own way on the saddle, which appears to have been swapped for a library book – perhaps thanks to the e-bike industry’s severe supply shortage right now.

That unlocked mode might not be legal on public streets though, depending on your local moped laws. If not, consider that a private road or track option only.

Helping the bike achieve those high speeds is a CYC mid-drive motor rated for up to 3,500 watts (4.7 hp). We’ve played around with CYC motors before and the power is palpable, to say the least.

The bright LED lighting on the Ristretto is definitely of the “seeing” variety, not just the typical “be seen” lights found on basic e-bikes. The company claims the headlights provide 100 yards (91 meters) of visibility in front.

The 52V and 17.5 Ah battery offers up to 55 miles (88 km) of range. That’s only 910 Wh of capacity for a 40 mph bike, so don’t expect to get that kind of range at full speed. The maximum range was likely calculated using the bike’s pedal assist at lower speeds.

Pedaling the 84 lb (38 kg) bike might sound like a tall order, but it does include an 11-speed Shimano drivetrain that should make the task a bit easier.

The Ristretto also includes a smartphone app that allows riders to make adjustments to ride parameters. An optional GPS tracking upgrade is available as an add-on, which would let riders track their bike in the app if it was ever stolen.

For those wanting to put one of these high-powered electric mopeds in their own garage, be prepared to wait. After plopping down $3,099 for the pre-order, bikes won’t start shipping until October of this year.

The pre-order system is being offered via Indiegogo. We always advise caution with crowdfunding campaigns since you are backing a project instead of directly buying a product.

It’s a common method for pre-selling new e-bikes, and is used by small and large companies alike in the e-bike industry.