The dual suspension, moped-style bike was pre-sold via an Indiegogo crowdfunding campaign. And nearly six months to the day after the Juiced Scorpion was first announced, it’s now showing up in the driveways and garages of the first early adopters.

We had the chance to take a test ride on a Juiced Scorpion a few months ago before deliveries began.

Electrek’s Seth Weintraub was so smitten with the e-bike that he put his money where his mouth was and became one of the first pre-order customers for the bike.

Debuted at what many considered an unbelievably low price of $1,299, the Juiced Scorpion was available in either black or blue color schemes. According to the company, the black models have just arrived in the US and are making deliveries. The blue models are in another shipment that has been delayed due to global shipping complications caused by the coronavirus.

As Juiced Bikes explained in an email to pre-order customers:

We are very excited to share that the first large shipment of Scorpion e-bikes arrived at our San Diego HQ earlier this morning! This shipment only includes black Scorpions. If you are an early backer who ordered a black Scorpion, you will receive an email shipping confirmation in the next 3-5 days. We are shipping Scorpion e-bikes based on a first-ordered, first-allocated basis. Deliveries of this first shipment will take place over the next couple of weeks, possibly earlier depending on your location.

The remaining inventory of black Scorpions and all of the blue Scorpions has been delayed due to the government-mandated closures in China this month. While our manufacturing facilities are now open, operations throughout the country are resuming slowly. We expect to begin shipping the next batch of Scorpions, both black and blue models, at the end of April. 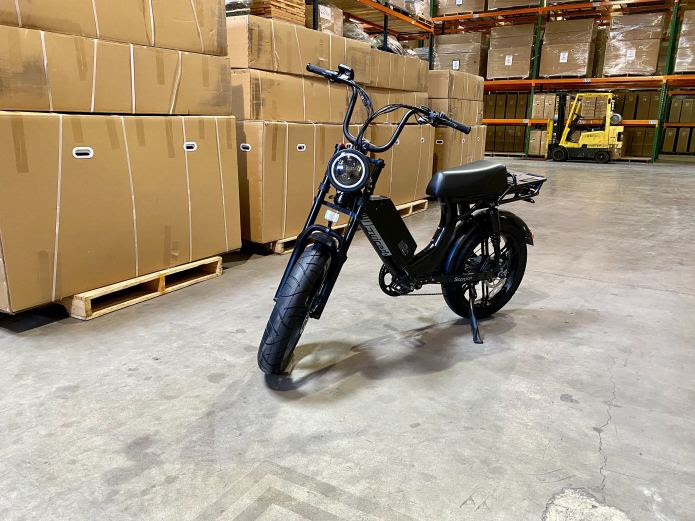 The price has since increased to $1,699 since the initial pre-order sale ended. 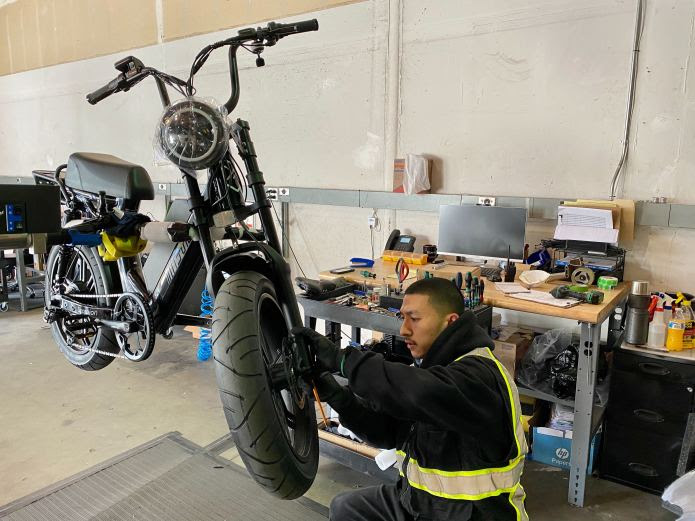 For those seeking a higher-spec Scorpion, Juiced Bikes also offers the HyperScorpion. That bike increases the top speed to 30+ mph (48+ km/h) and packs in a larger 1,000Wh battery. It also features a larger 1,000+W motor, rear turn signals and other additional features not found on the base model Scorpion.

The HyperScorpion is priced at $2,399 but won’t be making deliveries just yet. According to Juiced Bikes founder and CEO Tora Harris:

Development and production of the HyperScorpion has been more significantly impacted by prolonged supply chain disruptions. I have been working directly with our engineering team on the HyperScorpion and look forward to sharing some of the bike’s incredible new features very soon.

While I’m disappointed with the delay, I’m confident our backers will agree that it’s absolutely worth the wait! We are continuing to closely monitor the situation in China and working very hard to get the HyperScorpion made as soon as safely possible. With our revised HyperScorpion production schedule, we are currently projecting to begin shipping in late May.