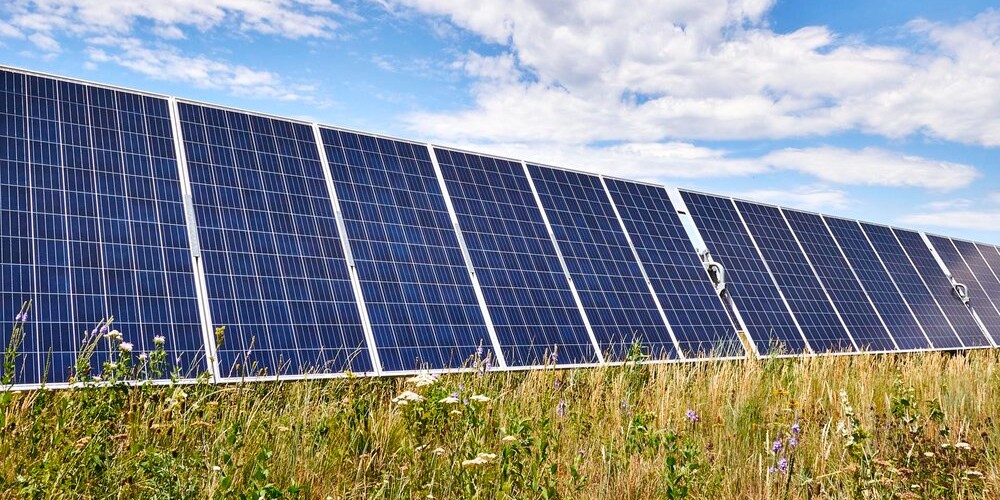 Wisconsin’s Public Service Commission voted unanimously yesterday to approve the 150 MW, 1,400-acre Onion River Solar Farm that will be in the town of Holland in Sheboygan County, Wisconsin, on Lake Michigan. It will feature a prairie and pollinator environment. Livestock could graze between solar panel rows, according to Renew Wisconsin, a nonprofit that promotes clean energy. (Onion River says it’ll look like North Star Solar in North Branch, Minnesota, pictured above.)

But some Wisconsin residents weren’t happy about the proposed solar farm. The Wisconsin State Journal reports:

Commissioners noted and dismissed objections based on use of crop land, potential loss of property values, and the process through which private developers secure leases before seeking regulatory approval.

“Not everyone is going to see things the same way,” said Commissioner Tyler Huebner. “On balance… this project is in the public interest for the state of Wisconsin.”

Onion River is expected to generate $250,000 annually in revenue for Holland and $350,000 annually for Sheboygan County. It will also prevent more than 400 million pounds of carbon dioxide from being generated per year and provide clean energy to Alliant Energy customers.

Onion River is one of six Wisconsin solar farms currently being built for Madison-based Alliant Energy. It’s part of the company’s first phase to add nearly 1,100 megawatts of solar by 2024 to replace its two remaining coal-fired plants that will be retired in 2025. Closing those coal plants and investing in solar will save the company “up to $6.5 billion in additional costs over the next 35 years,” reports PV Magazine. Alliant filed a separate application in April to acquire six more solar farms for about $515 million.

Rodeo Solar Energy Center is the fifth solar farm in DeSoto, making the county No. 1 for most solar farms in the Sunshine State.

FPL has 33 active solar farms in Florida with more than 9 million installed panels. FPL’s goal is to have 30 million solar panels installed by 2030.

Florida Power & Light is the largest energy company in the US as measured by retail electricity produced and sold.