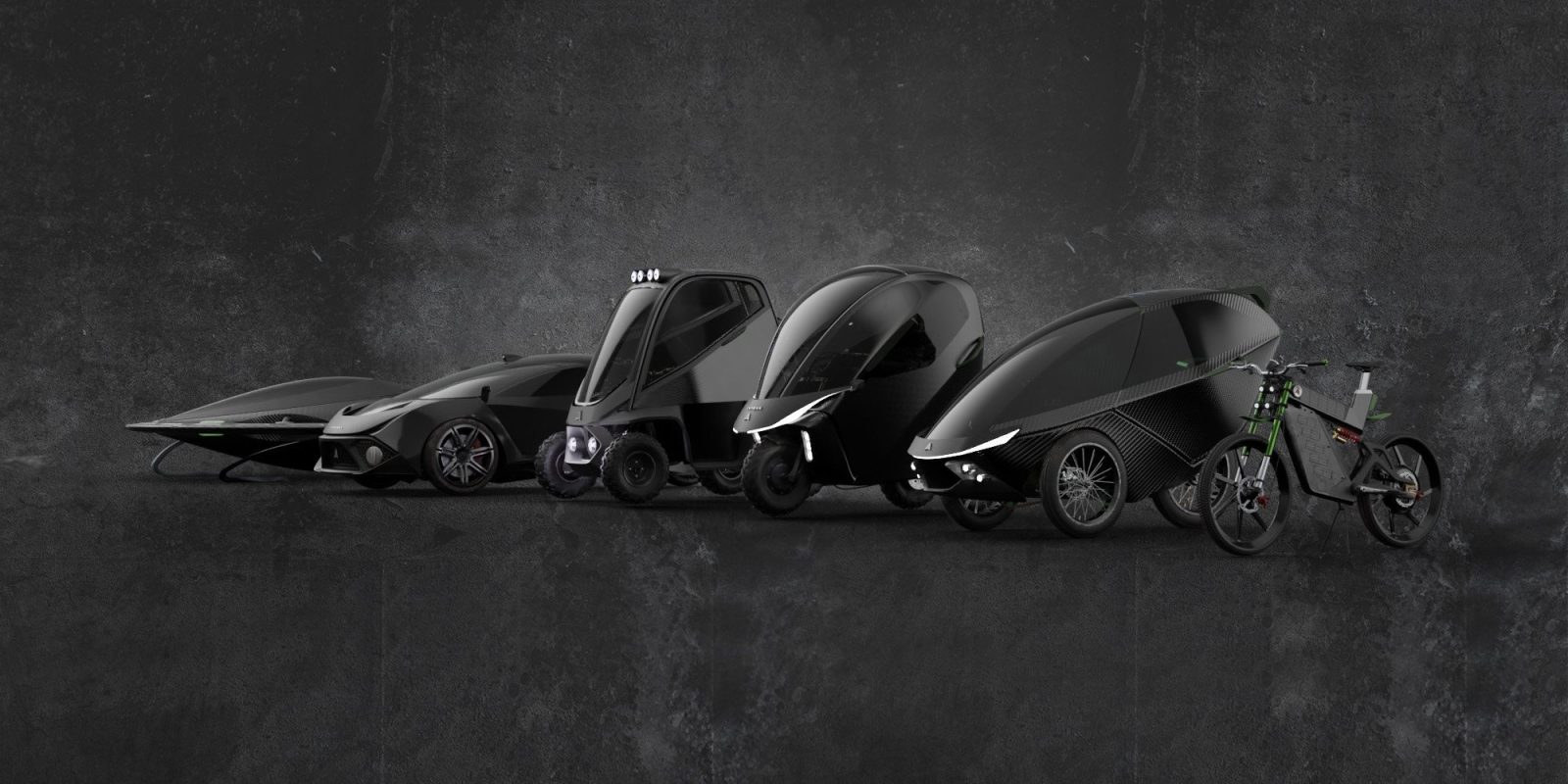 Toronto-based light electric vehicle (LEV) company Daymak has announced that it has over $300 million in pre-order commitments across its Avvenire line of various electric vehicles. The Avvenire line includes a wide range of EVs from smaller electric bicycles to a three-wheeled electric car and even a flying vehicle.

Back in March, Daymak kicked-off the presale of its Spiritus electric vehicle.

With a top speed of 130 mph (209 km/h), the company refers to the Spiritus Ultimate as the “fastest three-wheeled electric commuter vehicle on the market.”

The somewhat lower spec’d Spiritus Deluxe has a more muted top speed of 85 mph (137 km/h), which puts it closer in line with other three-wheeled electric vehicles on the market.

In the first 30 days of the campaign, the company says it has received over 4,000 pre-orders for the electric three-wheeler.

And the staggering $300M in pre-order commitments starts to make sense when considering that the Spiritus Ultimate boasts an MSRP of $149,995. The lighter-duty Deluxe version’s price tag of $19,995 suddenly looks a lot easier to stomach.

As Daymak president Aldo Baiocchi explained in a statement provided to Electrek:

“At Daymak, we’re rallying a movement of people who are passionate about tech, the environment, and want something better out of their transportation – faster, cooler, and greener than ever built before – which we believe is a gap that exists in the market today. The market validation that we have received through our commitment campaign is certainly encouraging and we’re tracking to meet our 50,000 pre-order goal for the Spiritus model by July 2021.”

While the Daymak Spiritus is one of the more visually striking members of the Avvenire line, there are several other notable vehicles on the roster as well.

The Terra is an all-terrain electric bike that includes interesting built-in tech including solar panels, GPS tracking, and speakers.

The bulky bike certainly provides extra real estate for those solar panels, but they are only designed to trickle charge the battery – not to quickly recharge it from nearly empty.

Even so, any extra charge that an EV can capture while parked is essentially “free” and helps add to its utility.

For commuters who want to bike in the rain, Daymak offers the Foras.

The enclosed electric bike has the rider laying on his or her back beneath the canopy. The rider pedals like in a traditional bicycle, yet from a reclined position.

The Foras single-passenger light electric vehicle has a range of 200 km (120 miles) and features tech normally reserved for larger vehicles, such as a GPS-based anti-theft alarm and a backup camera.

The Daymak Tectus is a fairly unique EV, combining something of a mobility scooter and an ATV into one accessible adventure vehicle.

The all-wheel-drive trike is designed to tackle various surfaces and in all weather conditions.

It’s a stark departure from even the most classy mobility scooters we’ve seen from Daymak in the past.

The Daymak Aspero is a high-end electric ATV – a market that hasn’t seen an overabundance of entries so far.

Daymak claims the Aspero is “adaptable to multiple terrain types and riding conditions, and perfect for camping, hunting, and wilderness exploring.”

Like several of the other light electric vehicles in the Avvenire line, the Aspero includes solar trickle charging from built-in solar panels.

It also sports rear storage, plow/trailer hitch, and a quick charge time of just two hours. With most light electric vehicles charging in between four to eight hours, that’s a fairly fast charge!

The most far-out vehicle in the Avvenire line is definitely the Skyrider, which is a personal electric flying vehicle.

Daymak hasn’t provided many details regarding the Skyrider, only saying that it “is an elegant and high-performance electric vehicle capable of flying. No traffic, no cars, no pollution. The future flies well.”

While some of the Avvenire vehicles seem fairly doable using today’s tech, the Skyrider definitely pulls in more sci-fi vibes.

You can still pre-order any of the Avvenire vehicles with a refundable deposit, so it’s not too late to get in line for a solar-charging e-bike or your own flying saucer!

And in case you’re curious how many others have put their name on the list ahead of you, Daymak keeps a running tally of the Avvenire line’s pre-order numbers on its site, which you can see here.