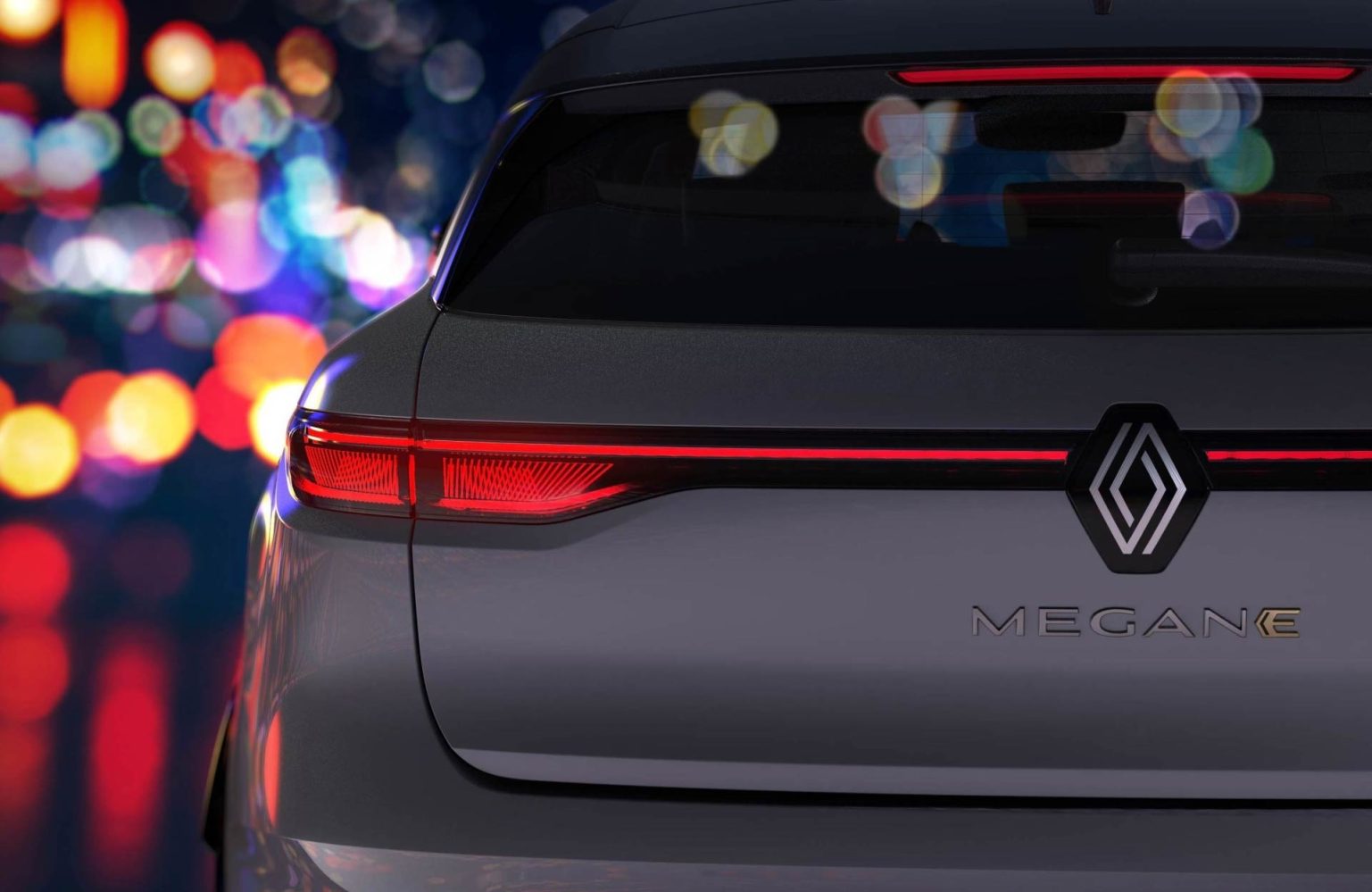 Today in France, Renault CEO Luca de Meo and the Renault brand team shared their new vision of the company. They painted themselves as an energy transition leader on the forefront of the latest technology and services, operating in a more sustainable and responsible manner.

As part of the event, they snuck in a few images of the Electric Mégane E-TECH Electric hatchback, including an Android-focused center stack.

The Electric Mégane E-TECH Electric was revealed as a gorgeous “evision” prototype in October as a showcar, but we’re told “90% of the outer design of the showcar will be seen on the production one.” The question is, which 90%?

We’ve seen many amazing electric vehicle prototypes that turned into very tame, and dare I say boring, shells of their exciting designer dreams.

The production Mégane rear end certainly looks more tame than the prototype, as shown in the image below.

Perhaps more interesting is the interior, which looks pretty futuristic and is based around Android for Automobiles (not to be confused with Android Auto, which is a popular phone projection mode). The Nissan-Mitsubishi-Renault alliance announced in 2018 that they would be incorporating Android as the car’s OS, and this is certainly an interesting implementation.

Another look below shows a wireless phone charging holder that in another era could have been confused with an ashtray. Also, there’s a good look at the ambient lighting and ample drink/storage space, as well as a key fob holding space.

During Renault Talk #1, De Meo restated the direction set for the brand, at the heart of the Group’s Renaulution plan, which at the moment is a lot of “electrified” hybrids. That’s the same greenwashing term Toyota and others love to throw around.

Renault’s Zoey has been Europe’s No. 1 selling EV since it was upgraded two years ago, though Tesla’s Model 3 has had better quarters. Renault’s Dacia brand is wowing customers as well with its low-cost SUV, this spring.

The Mégane E-TECH Electric should be another hit when it’s unveiled shortly and goes on sale next year.

The Mégane is a very popular car in Europe, and with the refreshed look, Android OS-based center stack, and modern interior, it will be a great electric option for the continent. I just wish it looked a lot more like the gorgeous prototype model. It got “Ariya-ed.”

We’ll reserve judgement for the final full look/spec reveal and test drive. Renault, I’m ready to fly to Paris for that.