Remember when Messerschmitt built that weird 3-wheeler? It’s back as an electric car! 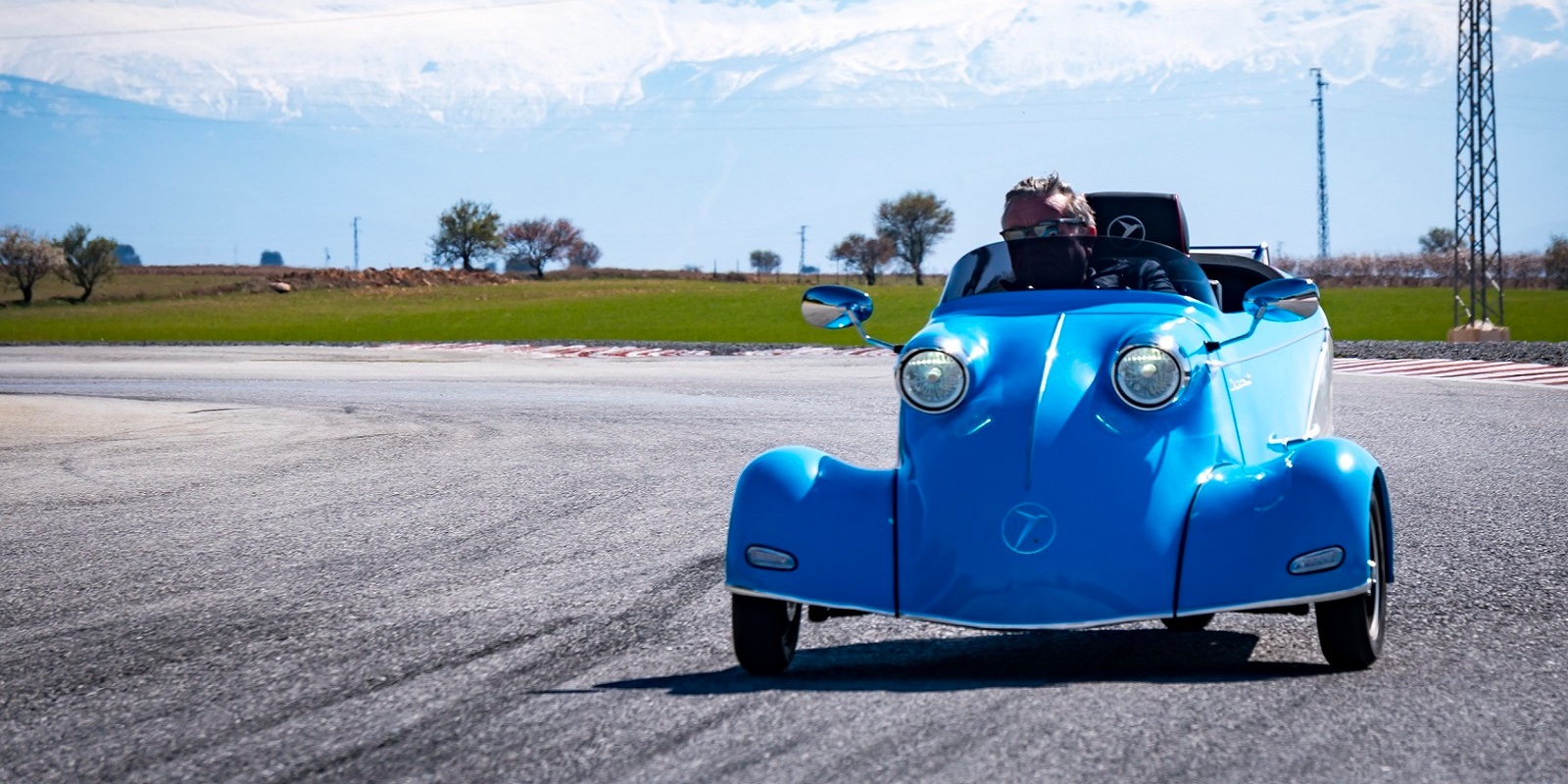 The postwar era saw a period of frenzied innovation in the automotive industry, which in part led to Messerschmitt’s Kabinroller, a three-wheeled car built by the German airplane manufacturer. Now the odd little car is making a comeback after nearly 60 years, but this time in the form of an electric car.

During WWII, the German airplane maker used Jewish slave labor from concentration camps in its factories. After the war, the company was forbidden from building airplanes for 10 years.

In search of alternative products to manufacturer, the company landed on the design of a three-wheeled car that became the Kabinroller, or cabinscooter.

It only lasted a few years, and its maker Messerschmitt has passed through a few different hands since, but now the funny little car is making a comeback with its electric version already in production.

The new KR-E5000 model is currently being produced in the company’s Malaga factory in Spain. The first models are expected to be delivered to German customers in May.

The new design retains the two-seater tandem layout along with the same 10″ wheels in a tadpole-trike layout. The little car even manages to preserve the original Kabinroller’s facial expression quite well.

The 1.4 kWh battery isn’t overly impressive either, especially since we’ve tested electric bicycles with more battery capacity than that. The company claims an optimistic range of 80 km (50 mi) from that small battery.

They also offer a second battery option for those that would like to double their range. If you plan on hitting anywhere close to the Kabinroller’s top speed, I think that second battery would be a wise choice.

That price brings the Kabinroller in at only slightly less than the cost of an Arcimoto FUV, perhaps the most popular three-wheeled electric car in the US (though if you want to get particular, these are all technically motorcycle-class vehicles masquerading as cars).

Other three-wheeled electric cars are also gaining support as they race toward production, such as the ElectraMeccanica Solo and the long overdue SONDORS electric car.