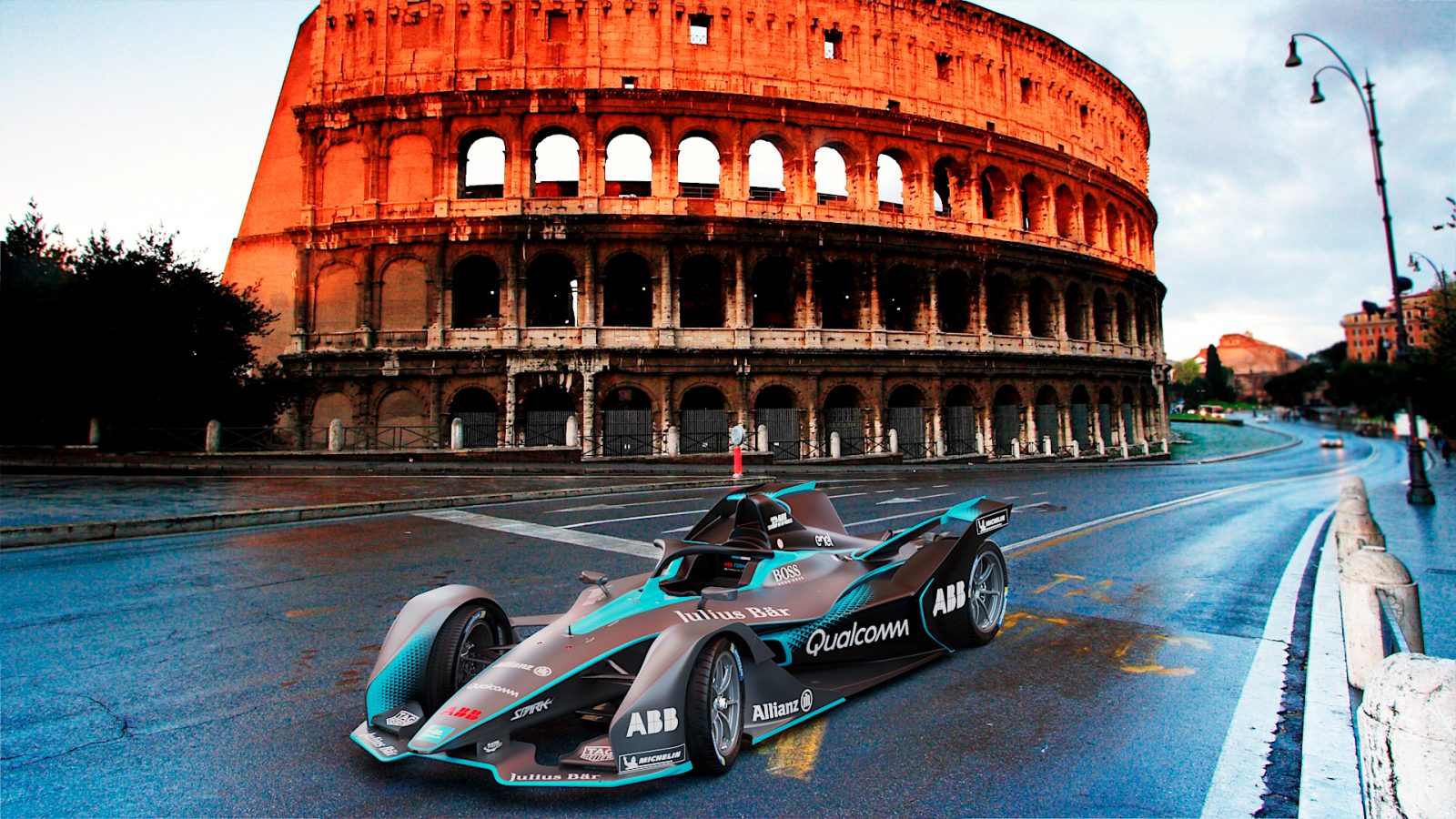 After a six-week break, Formula E returns this weekend with another double header in Rome. Better yet, races are planned to continue every two weeks from now until at least through the start of June.

We’ve also got some Formula E news that’s happened in the last month, including long-term commitments to the series from Porsche and Nissan and the announcement of a new race-modified electric Mini safety car (perhaps a sign of things to come to the showroom floor?)

Last time out in Saudi Arabia, we were treated to another solid race weekend to start the season. To see Formula E’s highlights of the weekend, check the full weekend recap or highlights from race 1 and race 2 over on Formula E’s YouTube channel.

The weekend included standard Formula E features like lots of passing, some big and scary crashes, and a very exciting race for the lead near the end of race 2. Unfortunately, the race ended under a red flag due to a big crash between Alex Lynn and Mitch Evans that sent Lynn’s car skidding upside down into the barriers. Lynn was rushed to the hospital but has been cleared to race this weekend. This resulted in Sam Bird winning the race, which means he remains the only driver to have won a race in every single Formula E season since the series’ inception.

We also had some unexpected results, such as Techeetah, one of the top teams in past seasons, doing quite poorly over the course of the weekend. They blamed it on an upcoming powertrain upgrade that wasn’t ready for Diriyah, and intend to do a lot better this weekend in Rome.

Oh, also, a missile was shot down near the circuit right at the end of race 2, though the attack seemed to have nothing to do with the race. So… that’s something.

Since the last race, we’ve had a little news to catch up on in the Formula E world.

With the COVID pandemic still ongoing, there have been difficulties and uncertainties in race planning. The second half of the season is still up in the air, but we’ve got a little more clarity on the next couple races.

The races in Rome and Valencia (this weekend and two weeks from now) have been converted into doubleheader races. The first race in Diriyah was also a doubleheader, and the Santiago ePrix planned for June 5-6 will feature two races as well.

We’ve also heard a number of teams make long-term commitments to Formula E. Late last year, Audi and BMW announced they would pull out of the sport at the end of 2021, prompting fears that other teams would follow. In the last few weeks, Porsche and Nissan both said that they are in the series for the long term, committing to remaining through the end of the “Gen 3” phase through 2026. “Gen 3” will include a new car and new regulations, intended to start in the 2022-23 season, though we aren’t likely to hear much more about the new car until the end of this year.

Despite BMW leaving the series, they’ve announced a new safety car to be used in Formula E races. Since season 1, Formula E has used the hybrid BMW i8 as its safety car. Now the i8 will share duties with a specially prepared John Cooper Works electric Mini.

This is interesting, given that BMW has confirmed a higher-performance electric Mini coming “soon,” so this pacesetter concept might be our first look at the type of spec improvements we could see from a retail-available John Cooper Works Mini.

Finally, last weekend we had the debut of Extreme E, another electric racing series by Formula E founder Alejandro Agag. For more information about that series, see our previous article and stay tuned for future coverage.

Despite being held in one of the most historic cities in the world, packed full of beautiful historic sights, the Rome ePrix is held in the rather boring “EUR” business district that was built before World War II as a celebration of fascism (and let’s just say it looks the part).

So the track itself isn’t in the prettiest environs, and in the past its tight streets have been somewhat of a hindrance to good racing.

This year, though, the track layout has changed significantly. The track is now a little longer, with less emphasis on 90-degree turns and more sweeping curves and longer, faster straights. More of the lap occurs on tree-lined streets instead of between fascist brutalist architecture (though there’s still plenty of the latter), and the new layout promises more opportunities for overtaking.

Techeetah will get their powertrain update for this race, so all eyes will be on them to see if their performance improves after a disappointing first race weekend.

It’s tough to read trends for a season from just one race weekend, especially given how close pre-season testing was. We will be interested to see if Dragon’s good pace continues. They placed 4th and 5th in race 2, which was better than any race result they had over the entirety of last season (9th was their best placement). NIO also managed to score more points in the first weekend than they did in the entirety of the last two years combined.

BMW and Mahindra had a rough start, with five retirements between them over the two races. Both teams qualified mid-pack in each race, though, so they will hopefully manage better results in Rome.

The races start at different times on Saturday and Sunday. Saturday’s race starts at 7 a.m. PDT/10 a.m. EDT, 2 p.m. UTC, and 4 p.m. local Rome time. Sunday’s race is three hours earlier, 4 a.m. PDT/7 a.m. EDT, 11 a.m. UTC, and 1 p.m. local Rome time. Races will be aired on CBS Sports Network in the US, or if you’re elsewhere, head over to Formula E’s website to find out how to watch the race in your country. If you can’t find a way to watch the race live, Formula E usually uploads race highlights to their YouTube channel within days.