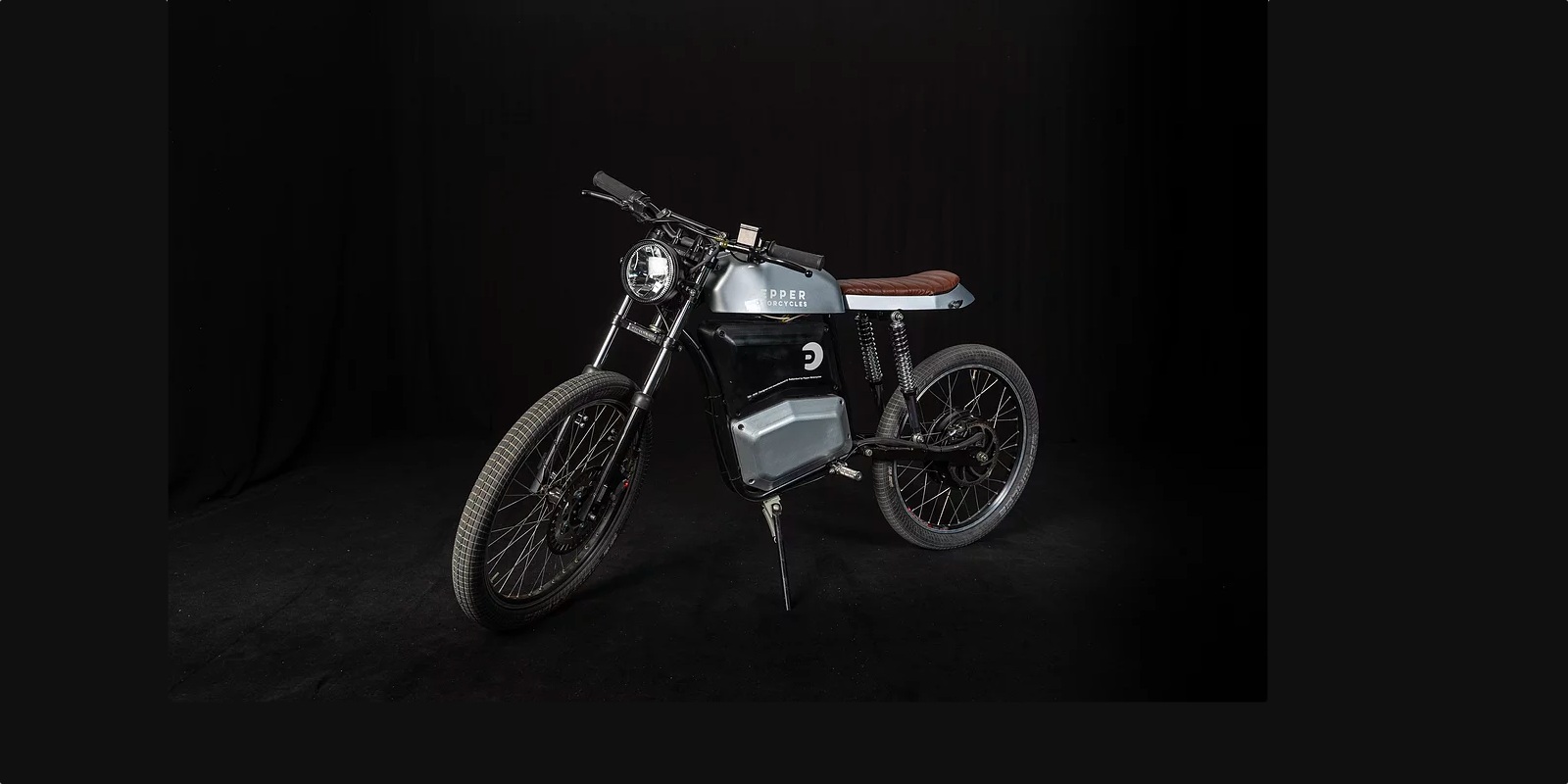 They say there’s nothing new under the sun, but that doesn’t mean you can’t still combine classic styling to create novel products. And the recently unveiled Pepper electric moped is a prime example of old meets new with a design that blurs the line between electric bicycles and motorcycles.

Developed in Switzerland by Jonas Ohlsson and his team, the Pepper electric moped (or perhaps “noped” due to the lack of pedals) offers a new take on a classic design.

A vintage-style faux gas tank hides electronics, but the real stored energy comes from a battery mounted low in the frame.

As the battery takes up the space where a classic moped’s engine would normally reside, the electric motor has been moved to the rear. That’s where you’ll find a 3,000W nominal and 6,000W peak hub motor.

Some may complain about unsprung weight disadvantages of large hub motors, but this 8 hp electric moped isn’t exactly a high-performance machine. Instead it’s an urban runabout that serves as a bit of eye candy as well.

The bike’s low weight and modest power make it more approachable than a typical electric motorcycle, offering a step up from a high-power electric bicycle.

In Europe it will qualify as an L3e-A1 vehicle, or a 125-cc equivalent motorcycle.

A top speed of 70 km/h (43.5 mph) places it solidly in the gap between light electric motorcycles and powerful electric bicycles.

In fact, it was the increase in powerful electric bicycle options that inspired the company to build a new electric moped.

“Electric bikes were becoming more and more powerful, as powerful even as these mopeds. This observation opened my eyes to one point in particular: the potential of new electric vehicle technologies. I started to imagine what an even more powerful bicycle could look like? An electric bike that could rival motorcycles?

I started drawing sketches of this ‘bike-motorcycle’. The further I progressed, the more the bike I was designing looked like a classic motorcycle due to its power and the absence of pedals. This led me to consider turning the the problem around : Why not try to design an electric motorcycle with features inherited from the bicycle? A light, agile and easy to use two-wheeler. A product that could be positioned in this “gap” between the e-bike and the e-moto. Features that would make it very suitable for the urban environment. From these sketches, I wanted to actually design and build a prototype of this bike.”

Throughout the design process, the goal remained to blend e-bike and e-moto features and performance. The entire vehicle only weighs 53 kg (117 lb), which is only slightly heavier than several high-power electric bicycles.

That low weight is partially aided by the rather small 700 Wh battery. While that diminutive battery pack certainly fits with the electric bicycle specs, it is currently just the prototype pack and is likely to increase in size before the Pepper electric moped reaches the market.

There’s no word yet on price estimates, but we’ll be sure to update as soon as we know more.