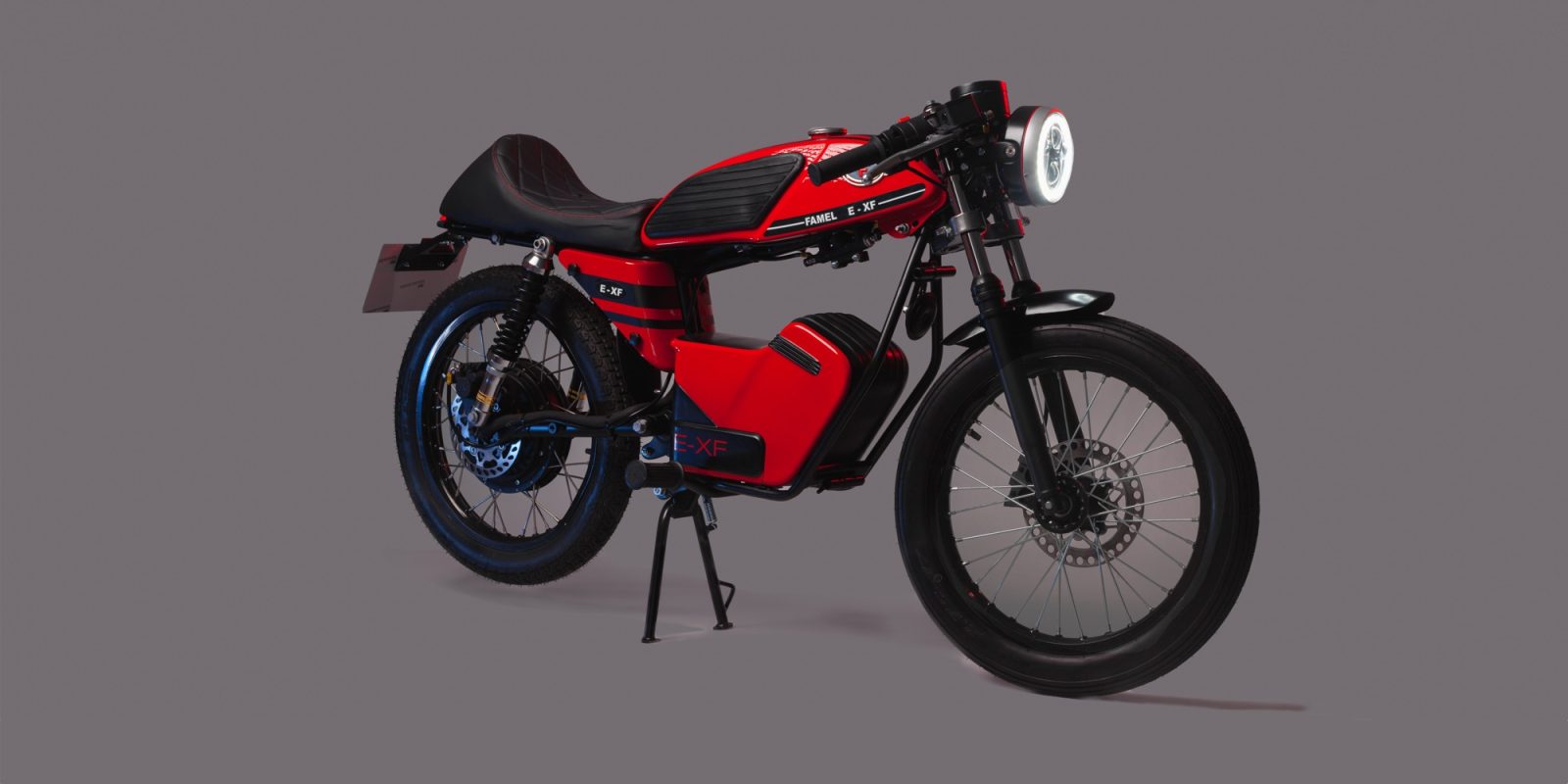 Famed Portuguese motorcycle manufacturer Famel is returning to production. This time it is giving its best selling model the electric treatment, creating a beautiful new electric motorcycle known as the Famel E-FX.

The bike sported classic cafe racer lines that have been carried over into the 21st century reincarnation.

“The return as a Portuguese electric motorcycle brand was a tough decision because of the heritage and culture established, but we embraced this mission for a cleaner future and stand for our coming generations that will also be our riders.”

The new Famel E-FX will offer a 5,000W hub motor in the rear wheel.

The use of a hub motor frees up space in the small frame for the battery pack, which measures 2.88 kWh. It can be recharged in as little as 4 hours from a standard wall outlet.

The bike can be unlocked to reach 70 km/h (43.5 mph), though it won’t qualify for moped use at that higher speed.

Pre-orders will open soon for a limited first run of the new Famel E-FX slated for delivery in 2022. The bike is estimated to debut at €4,100 (approximately US$4,900).

Joel expanded on the decision to follow an electric path forward with the company’s rebirth:

“We could have gone the obvious way of putting a gasoline engine. Perhaps for Portugal it would make more sense, but we have to be more ambitious and project the brand abroad, starting immediately to establish the business on Europe. This can only be achieved with an innovative product and with enormous potential to scale on markets like the electric mopeds and motorcycles, that are still open and growing fast.

We are now entering a second phase that will be the most critical to rebuild the brand: industrialization and commercialization; there will be huge challenges, but we are convinced that pre-reservations will give us very positive indications. Also we will need to bring strategic investors and partners on board that share the same vision for the brand by making it known worldwide”

In the company’s debut video below, you can see how the E-FX takes inspiration from the original XF-17, yet charts its own path.

While I’ve never been a huge fan of cafe racers personally, I must say this is a very nice looking example.

That beautifully-stitched seat makes it one of the most comfortable-looking electric cafe racers I’ve seen in a long time.

The 5 kW of power should give it plenty of pep, but keep in mind that this is really more of a moped-class bike in terms of performance. Energica shouldn’t have anything to fear.

This level of electric motorbike performance is definitely becoming quite popular in Europe, especially in the retro-inspired scene. Other examples like those from Germany’s Black Tea and Sweden’s RGNT have shown that there is significant demand for nicely-design and retro-infused electric motorbikes.