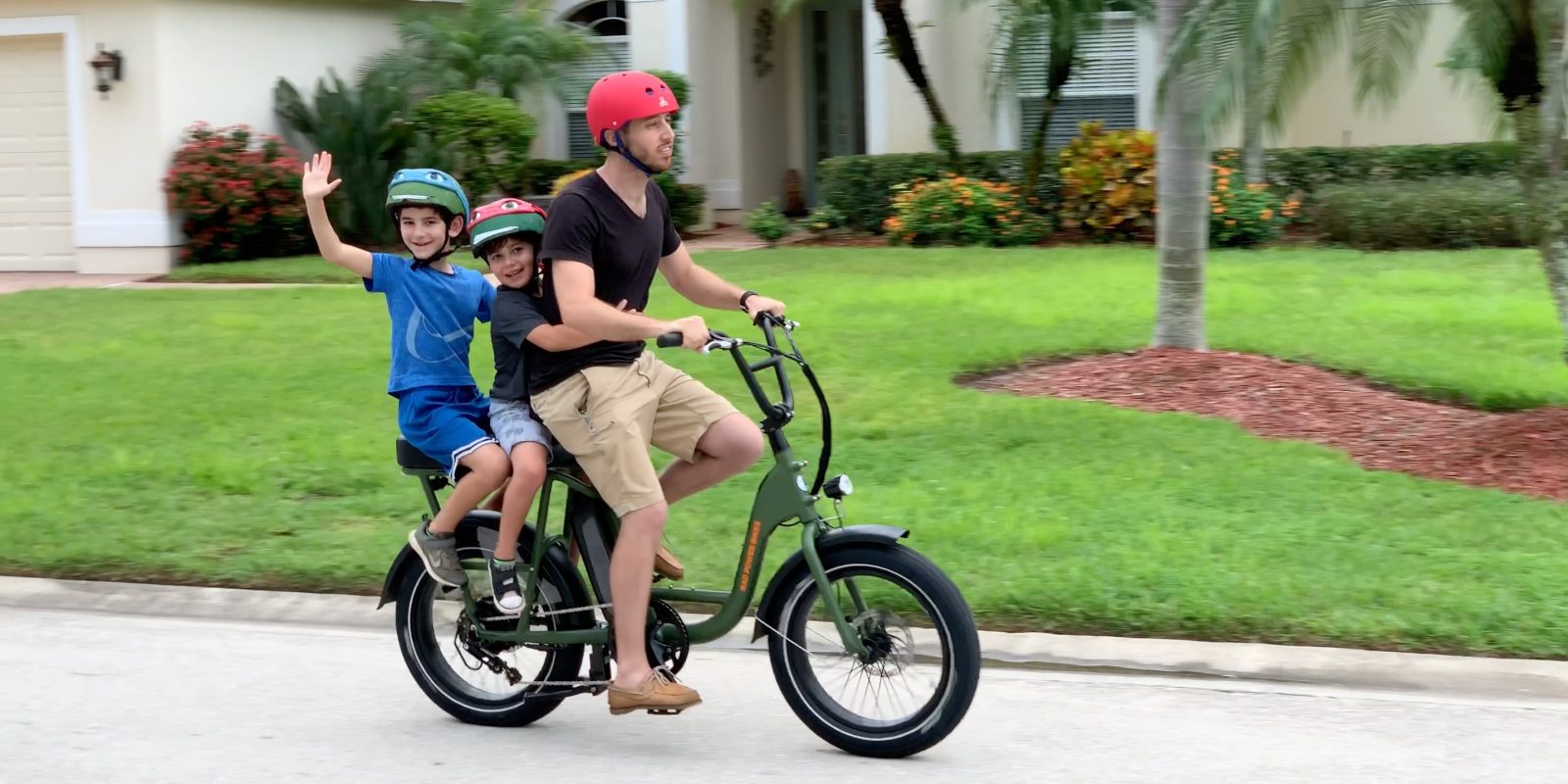 As electric bicycles continue to explode in popularity, 2021 is seeing a number of interesting and affordable designs. These e-bikes, all of which we have personally tested and reviewed, provide much of the same recreation and utility as more expensive e-bikes, yet at prices that most Americans can afford.

The RadMission was unveiled as Rad Power Bikes’ most affordable e-bike to date.

Available in two frame sizes and five colors, the RadMission is a metro e-bike designed for cities but that can hold its own for light trail use.

When I reviewed the RadMission, I had just as much fun riding in bike lanes as I did on dusty nature trails.

The pedal assist provides a nice workout, yet the bike also offers a hand throttle in case you get tired and want to zip away effortlessly.

To achieve its low price of $1,099, the RadMission does make a few sacrifices such as a simplified LED display, single-speed drivetrain and slightly smaller motor and battery.

But all of these compromises have also created a lighter, more streamlined e-bike that is easy on the wallet.

The Ride1Up Roadster V2 is one of the most affordably priced belt-drive e-bikes I’ve seen, at just $995.

When I reviewed the bike, I was genuinely impressed by how light and smooth it rode, which is largely thanks to that minimalist frame and silent belt drive setup.

The battery is a bit small at just 252 Wh, but it still offers a decent range thanks to its pedal assist-only operation.

There’s no throttle on this one, but the five different levels of pedal assist can offer anything from a significant workout to a low-intensity joy ride.

The bike has a few tradeoffs with the RadMission above, even though they are both single-speed city e-bikes.

While the Roadster V2 has a smaller battery and slightly less range, it actually reaches a higher top speed and has a few nicer components, like full metal pedals and an LCD display – not to mention that belt drive!

The Lectric XP isn’t nearly as light as the previous two e-bikes, but it is lighter on the wallet at just $899.

The extra weight in the Lectric XP comes from its more rugged design as a fat tire folding e-bike.

The Lectric XP reaches the highest top speed on this list at 28 mph (45 km/h), yet folds into a small and portable package. It has been a favorite among RVers and others who like to bring an e-bike with them on the go.

The bike is available in a step-through and standard frame, making it more accessible to a wider range of riders. Shorter riders have also found it to be a comfortable height, though the seat of course adjusts up to fit taller riders as well.

For such a low-cost e-bike, the Lectric XP even comes with a few nice features such as a 7-speed Shimano drivetrain, a rear rack and a full-metal fender set. The fully enclosed battery is a nice touch, too!

You can see my full review of the Lectric XP here.

Ecotric is one of the better known e-bike companies on Amazon, and their claim to fame is a lineup of e-bikes that are simple, inexpensive, and just plain work. They aren’t fancy, but they get the job done for an affordable price, as I found out when I reviewed the company’s 500W fat tire e-bike.

When I bought this e-bike to test it out, the price was a bit lower $850. But inflation has been at work and bumped the price up to $885, which is still a steal for these specs.

The bike easily gets to 23 mph with its 500W peak motor, yet its fat tires offer a much wider range of ridable terrain. I covered fire roads, dirt trails, and paved bicycle lanes all in the same ride.

All in all, this is another great option if you’re on the hunt for a full-size fat tire e-bike and don’t want to spend a fortune.

Rad actually made the list twice, which makes sense because they are the largest e-bike company in the US and they focus on value-based e-bikes.

Another one of their high-value models is the RadRunner, which offers a more moped-style step-through frame that is high on utility.

I was fortunate to be one of the first to review this e-bike, and I’m glad I was because I became immediately smitten with the thing!

There is a pile of accessories you can add to the bike, such as passenger kits to carry kids (or adults!) on back, an array of racks and baskets for carrying cargo, or just about anything else you can imagine.

The large battery offers plenty of range and the wide tires make it a fun e-bike to ride just about anywhere. At just $1,199, this is one of the most affordable moped-style utility e-bikes out there.

The only downside I can see is that you don’t get suspension or a multi-speed transmission. If you need those two features, Rad offers the RadRunner Plus, which is likely more up your alley.