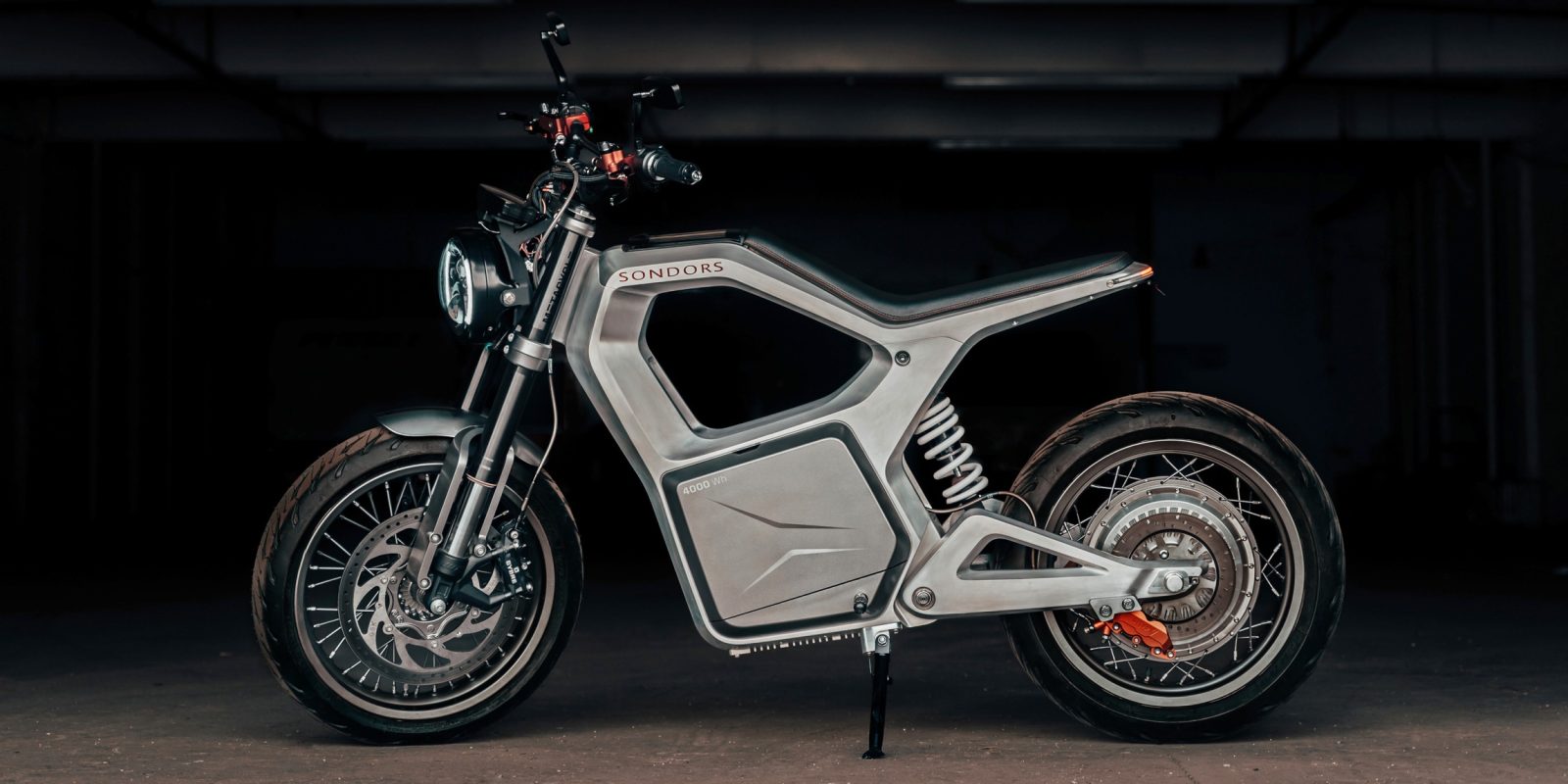 In a surprise announcement, electric bike manufacturer SONDORS has reported that its low-cost electric motorcycle known as the SONDORS Metacycle is running ahead of its production schedule.

The first deliveries of the $5,000 Metacycle weren’t expected to begin arriving at customers’ homes until Q4 2021.

Based on a recent email sent to early reservation holders, SONDORS now appears to be making quicker progress than initially anticipated.

As a result, the company is expecting deliveries of the SONDORS Metacycle to now begin in Q3 2021. Based on the company’s timeline, addressed in the email below, production is expected to run around one month ahead of schedule.

The budget-minded electric motorcycle was unveiled to much acclaim in January of this year. While it received a largely positive response, one of the few criticisms was the fairly lengthy pre-order period that pushed deliveries until Q4 2021.

The update from SONDORS is likely to buoy hopes of those hoping to get some late season riding in during 2021.

The email message from the company can be seen below:

You are one of the lucky ones to make the cut for the first Metacycle production round. And you’ll soon be one of the very first to ride and own the electric motorcycle that has taken the entire industry by
storm.

We’re very excited to keep up with the unprecedented demand while making steady progress towards delivering you a phenomenal electric motorcycle that defies comparison.

And as a result, we have great news.

Our team has been working overtime to accelerate production and we are now gearing up to deliver your Metacycle by the end of Q3 instead of Q4.

We ensure every element of Metacycle from the ultra-lightweight exo-frame, head-turning design and performance either lives up to or exceeds the prototype we initially unveiled.

Each detail of Metacycle has been optimized to align with the unique mission of SONDORS – to continue making beautiful, intelligent, sustainable transportation accessible to everyone.

The demand for Metacycle has been profound, and since closing orders for the first round, reservations for Q4 delivery are continuing to roll in at an expeditious rate.

So, you can pat yourself on the back for recognizing a golden opportunity when you see one.

We appreciate your excitement and patience, yet more importantly, your belief in the SONDORS mission – Electric For Everyone.

Thank you for your continued support and confidence. You’re part of leading our world’s transition to affordable, sustainable transportation, and I’m confident you will love Metacycle as much as I do.

SONDORS recently closed reservations for the first production batch of Metacycles that were expected to be delivered later this year. The company is still accepting reservations for Metacycle deliveries beginning in Q1 2022.

The Metacycle has injected enthusiasm into the electric motorcycle industry, representing one of the first affordable, highway-capable models on the market.

The Metacycle’s 80 mph (130 km) top speed presents a significant advantage over the few other affordable electric motorcycles on the market. Until now, electric models like the $2,495 CSC City Slicker have dominated the budget category, but those bikes’ top speeds, which often fall shy of 50 mph (80 km/h), have limited their use to mostly urban riding.

While the Metacycle isn’t expected to reach its 80 mi (130 km) claimed range at highway speeds, the bike’s ability to access highways at sufficient speeds opens the door to true e-motorcycle commuting on a budget.

SONDORS, a company that has previously focused largely on electric bicycles, is a newcomer to the electric motorcycle industry. But by leveraging the company’s existing production prowess and by hiring away engineers with previous experience at companies such as Zero Motorcycles and Ducati, the company has managed to beat established motorcycle companies to market with an affordable electric model.

Honda is quickly playing catchup, as recent patents have revealed that the company is developing an entry-level electric motorcycle based on the CB125R platform.

Harley-Davidson has also been at work on a lower-cost electric motorcycle, though the company’s recent revisions to its five-year plan have shaken up the already somewhat unclear timeline for new electric models.

While other companies may be developing higher-speed light electric motorcycles designed for thinner wallets, SONDORS is still expected to be the first to actually put one on the road. And now the company’s expedited production schedule will only make that even more likely.