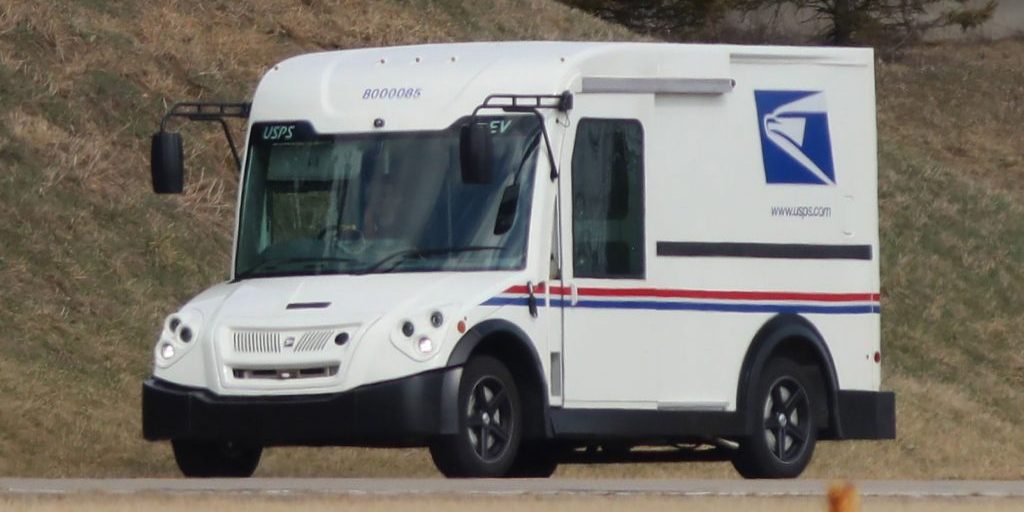 The United States Postal Service (USPS) announced today that it has awarded its postal fleet replacement contract, and the government agency disappointed by not fully committing to going all-electric.

One of the first things Joe Biden did as president was announce that the federal government will transition its entire vehicle fleet to electric vehicles.

That was just a month ago, and that’s why when the US Postal Service announced that it awarded its new contract to update its fleet with 165,000 new vehicles, we were fairly certain they would be all-electric.

The contract was awarded to Oshkosh Defense, a Wisconsin-headquartered defense contractor mainly known for building military vehicles, and in the announcement, USPS said:

Under the contract’s initial $482 million investment, Oshkosh Defense will finalize the production design of the Next Generation Delivery Vehicle (NGDV) — a purpose-built, right-hand-drive vehicle for mail and package delivery — and will assemble 50,000 to 165,000 of them over 10 years. The vehicles will be equipped with either fuel-efficient internal combustion engines or battery electric powertrains and can be retrofitted to keep pace with advances in electric vehicle technologies. The initial investment includes plant tooling and build-out for the U.S. manufacturing facility where final vehicle assembly will occur.

Louis DeJoy, the head of the USPS behind the decision, was appointed by Donald Trump.

The decision is under fire by environmentalists and the electric vehicle community.

The lack of a clear commitment to electrification by the USPS is surprising. The electric vehicle market needs clear signals. This announcement did not provide one.

Delivery vans are top candidates for electrification in terms of technology suitability and cost savings, let alone for much needed reductions in vehicle emissions. A press release in 2021 that leads with combustion vehicles gives me pause.

USPS delivery vehicles are on the road a long time. The current Grumman vans were made in 1987 to 1994. We don’t have another 27 years to spare in the transition from combustion to zero-emission vehicles.

US Postmaster General Louis DeJoy is trying to lock our postal vehicle fleet into decades of carbon-intensive transportation. This directly conflicts with the administration’s stated goals and is certain to see swift pushback from appropriators who have sought to drive USPS vehicle electrification. Many have questioned whether DeJoy has actually had USPS’ best interests in mind, but this reckless misstep is a new low. We encourage others to join us in speaking out about this decision and call on Congress to act on what is a clear invitation from DeJoy to reverse his decision.

Several people are calling for Congress and Biden to intervene and reverse the decision.

This is a completely missed opportunity by USPS.

There’s no reason not to make this contract only for all-electric postal vehicles. There are plenty of companies that can do it, especially on the 10-year timeline.

Furthermore, it feels kind of stupid for USPS to be ordering new ICE vehicles just a month after Biden announced transitioning the federal fleet to all-electric vehicles.

Come on, Presideent Biden. You need to fix that immediately.