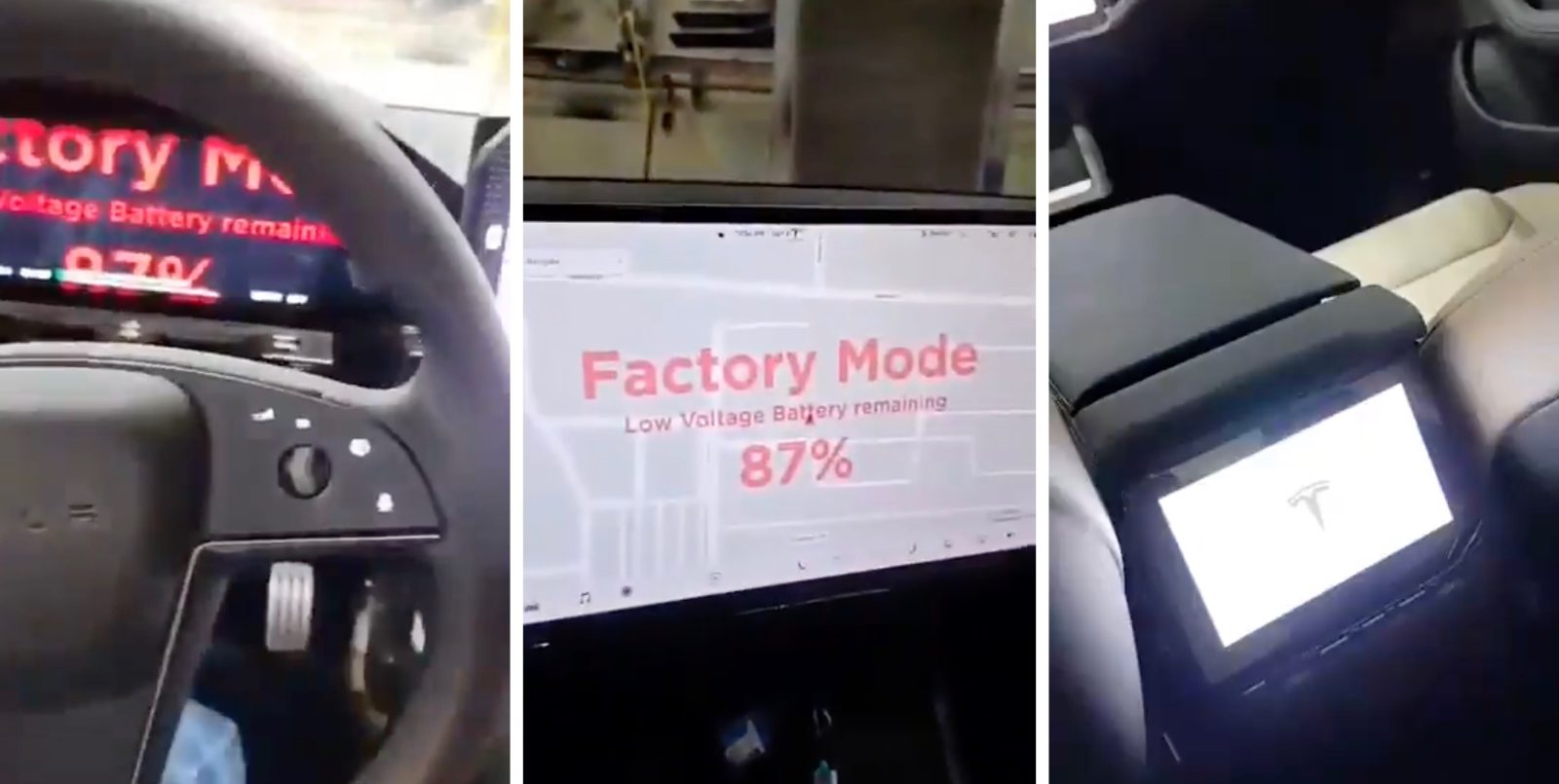 Someone managed to get a first look inside a new Tesla Model S refresh, showing the first unpolished look inside the new electric vehicle.

The unveiling of the new vehicle was somewhat strangely on the sidelines of the release of its Q4 and full-year 2020 earnings.

Tesla didn’t do an official release of the updated vehicles.

CEO Elon Musk said that Tesla will hold a separate call for the new Model S and Model X in the following week, but it never happened.

Deliveries are expected to start any day now, but the only good look we had at the refresh was from Tesla’s own pictures on its website and from pictures taken through windows of test prototypes spotted around the US.

A Tesla Model X going by Chris on Twitter shared a quick video of going into the backseat and driver seat of a new refresh Tesla Model S:

This results in the first good look at the new version of the electric sedan unpolished by Tesla.

Obviously, this is not exactly representative of what buyers will get as many trims are visibly missing in the car, but it does give us a good look at the backseat display and the new steering wheel.

The update to the Model S and Model X includes a new powertrain and a brand-new interior, but one of the biggest changes is the new “yoke” steering wheel.

We did a deep dive on the steering wheel based on information that we obtained in a document Tesla shared with its staff.

However, all the prototypes spotted recently had a round steering wheel instead of the one in Tesla’s pictures.

But as you can see in this sighting, while the wheel is round, it doesn’t have any stalk, which is probably the bigger change to Tesla’s new steering wheel:

Instead, drivers are going to rely on force touch buttons on the steering wheel and the center consoles for things like windshield wiper controls, blinkers, and drive modes.

Although, Tesla aims to automate all these through its Autopilot and self-driving programs over time.

Deliveries of the new Model S are expected to start in the coming weeks, while the new Model X should follow in the next few months.