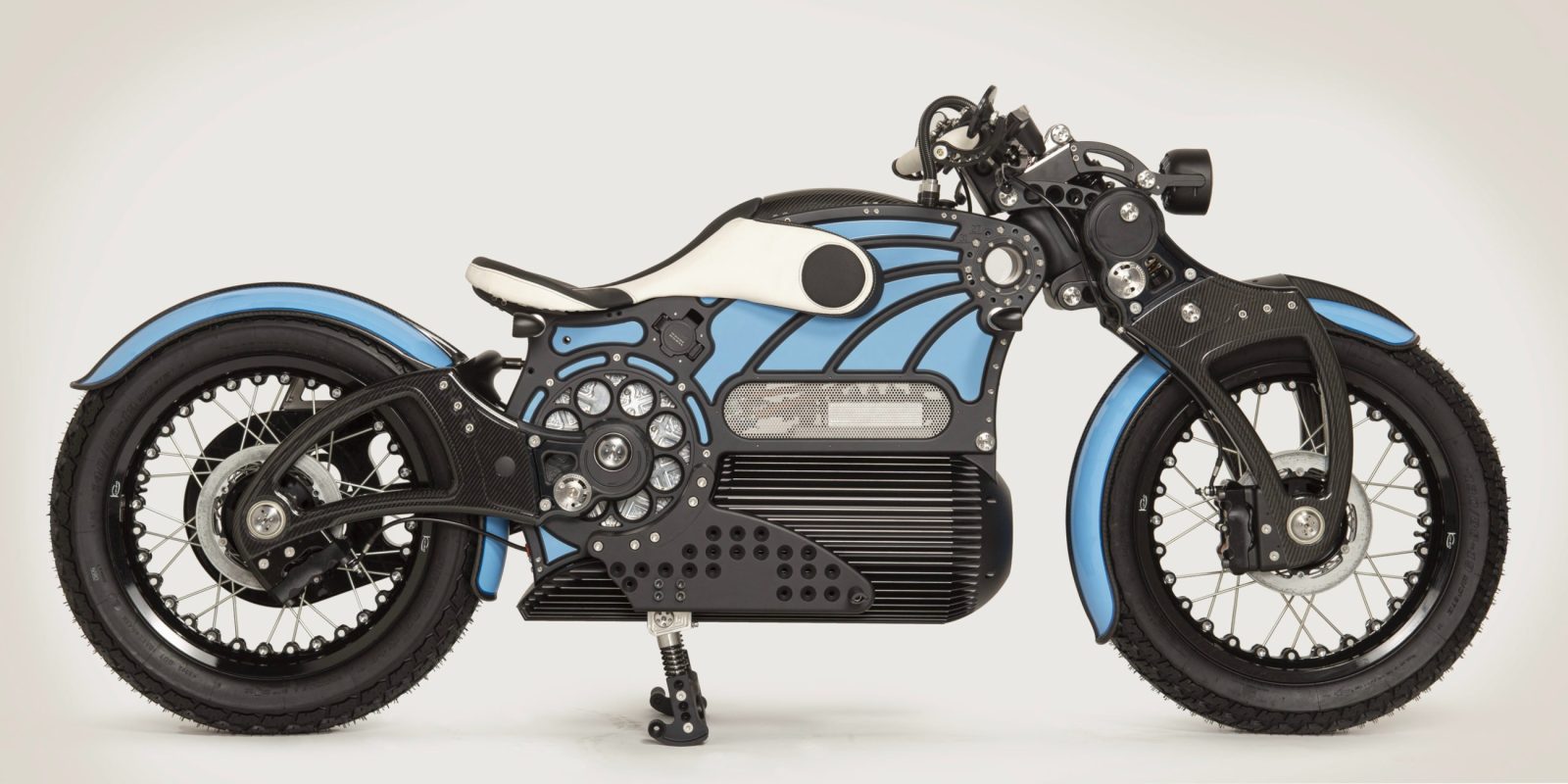 Electric motorcycles have been increasing their North American market share for years, but largely in the sport bike and naked bike categories. Now cruiser motorcycle fans are finally getting something to cheer about as Curtiss Motorcycles begins taking orders for its first cruiser electric motorcycle known simply as Curtiss One.

But before you start cheering too hard, you might want to check out the price.

The first run of 15 Curtiss One electric motorcycles will be part of a limited edition, and a pricey one at that. They’ll cost USD $115,000. The first limited-edition run will begin delivery this summer.

If you don’t have six figures to plunk down for an electric cruiser motorcycle, you might be in luck. The good news is that once those 15 bikes are sold out, 2022 will see higher production volume to the tune of 100 units. And as we all know, increased production leads to reduced pricing. Waiting for that second run will net you a discounted price of a mere USD $78,000.

If you’re wondering what $78K or more gets you, the Curtiss One actually has some fancy construction and a high-performance powertrain.

The bike’s motor is claimed by Curtiss to be “the most power-dense motor in the world.” The motor is capable of up to 168 kW (217 hp) of power, though is electronically limited to a peak power output of 89 kW (120 hp) in the One.

Curtiss claims that the high-power potential is there to make the motor “future-proof.” Presumably that means we’ll likely see future models sporting even higher power.

That large centrally mounted battery, which Curtiss calls the Power Pak, is a 399V unit featuring radially arranged cylindrical battery cells sitting in a liquid cooling bath. It has previously been listed as having a 16.8 kWh capacity, and Curtiss claims the battery has a built-in crumple zone for protection during an impact.

Protection of the battery, that is. You’re of course on your own in a crash.

There’s no talk of range ratings or top speed, which seems like some pretty important details to leave out. But the 193 kg (425 lb) motorcycle isn’t quite as heavy as it looks thanks to a plethora of carbon fiber, so that might help the range figure a bit.

The bike’s frame uses what Curtiss calls a Triple Load Path monocoque, with the battery case actually comprising the backbone of the design.

Previous versions of the motorcycle’s design have shown a cantilevered battery pack that some observers have noted looked somewhat… phallic? The latest design for the One shows the battery has now been heavily integrated into the frame as a load-bearing member.

The frame also offers customization of the rake angle between 27º and 31º. Suspension is provided by a fully adjustable RaceTech monoshock in both the front and rear.

Curtiss has previously taken aim at Harley-Davidson, unveiling a future $30,000 electric motorcycle that was intended to compete against the H-D LiveWire. At this rate though, the $29,799 LiveWire is a budget bike compared to Curtiss’s expensive offerings.

What do you think? Could you see yourself on an electric cruiser motorcycle? We want to hear your thoughts in the comments section below!