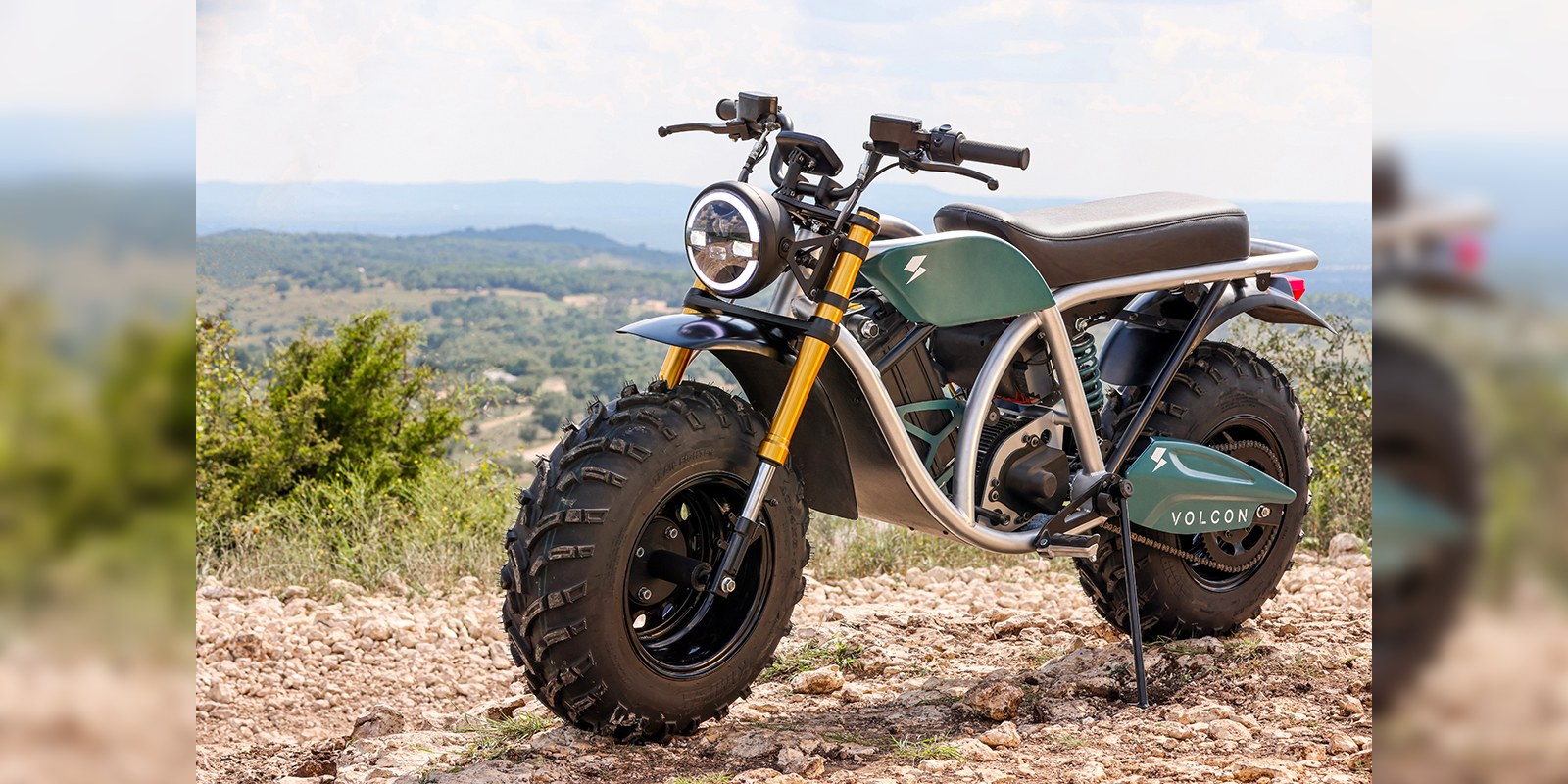 The Texas factory is currently under construction ahead of Grunt production planned to begin later this spring.

Until then, Volcon is showing off the Grunt in a new promotional video that shows it climbing berms, jumping through the air, and generally engaging in exactly the kind of shenanigans you’d expect of an off-road electric motorcycle.

You can see the interesting new electric motorcycle below in all its glory.

Powered by a 50 hp (37 kW) electric motor, the Grunt is reportedly capable of putting down 75 lb-ft (100 Nm) of torque to its comically wide yet awesome-looking fat wheels.

The bike features a top speed of 60 mph (97 km) and gets up to that speed quickly in just 6 seconds.

With a maximum rated range of 100 miles (160 km), the Grunt is likely to be able to play (or work!) for hours, depending on the type of riding you’ll ask from it.

The Grunt will feature multiple power settings and adjustable throttle response so that experienced and new riders alike can enjoy the off-road electric motorcycle safely. And with the low-maintenance associated with electric motorcycles compared with gas motorcycles, riders will likely be able to spend a lot more time on the bike and less time kneeling down next to it.

Another advantage of the electric design is that the bike is actually waterproof. As the company explains:

“Like all Volcon vehicles, the Grunt’s all-electric powertrain is IP67 rated and fully waterproof. Don’t worry about pressure washing or stalling out crossing deep rivers or streams. The Grunt can actually be ridden underwater.”

No more pulling out spark plugs to drain cylinders! Simply ride through, under, or over just about any obstacle, wet or dry!

The Volcon Grunt is currently takings reservations towards the $5,995 purchase price.

Volcon ran a crowd-investing round last year, (and full disclosure: I gambled a bit on the company myself) as it prepares to enter production of the Grunt later this year in Texas.

The company also has two other electric vehicles planned for production, the two-seater Stag and four-seater Beast UTVs.

Volcon expects the Stag to become available as soon as this summer, but the larger Beast won’t be ready until spring of 2022.