Review: These tiny Razor electric motorcycles could be your kid’s first e-bike

I didn’t get bitten by the e-bike bug until I was nearly 20 years old. I shudder at the thought of other innocent kids having to wait that long to experience the thrill of electric drive on two wheels. That’s why I was excited to test out two of Razor’s electric motorbikes, the MX350 dirt bike and Pocket Mod scooter.

While I would have loved to do this testing myself, these two mini EVs aren’t really meant for me. They’re for actual kids, not just kids at heart.

And while the box says “Ages 13+”, my 5 and 7-year-old nephews aren’t aging quickly enough, so they would have to do in a pinch. 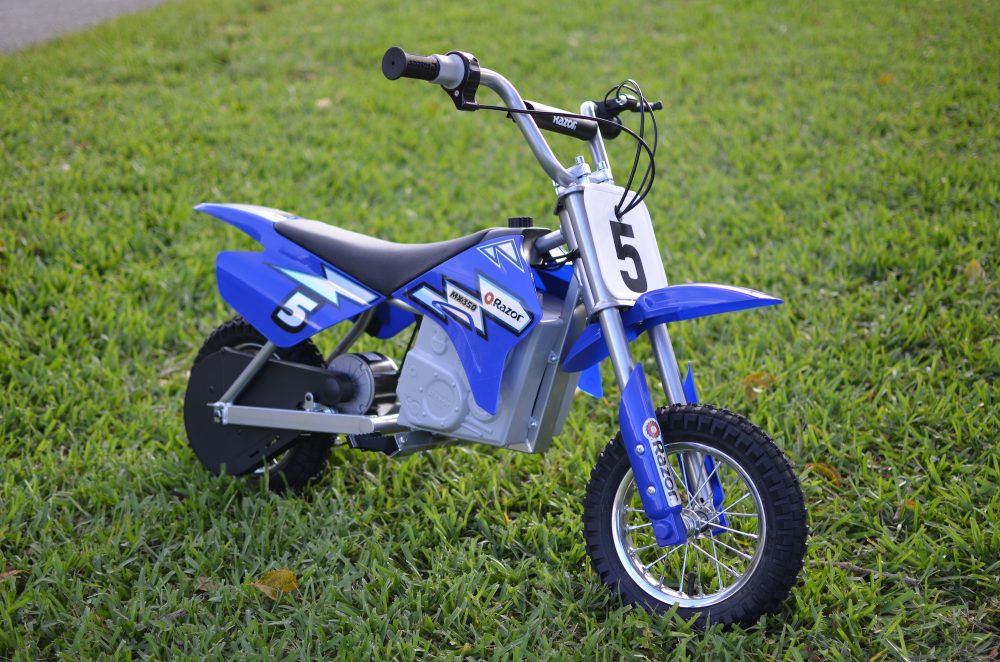 The two motorbikes both feature 24 V and 350 W motors, meaning they are actually pretty peppy. That’s more power than many adult electric scooters. The MX350 did surprisingly good in thick Florida sawgrass. I thought the bike would get bogged down, but it really took off even when starting on grass.

The Pocket Mod scooter didn’t ride quite as nicely on grass, though it still performed fairly well. But when moved to the street, it really shines. I raced my 7-year-old nephew using a Swagtron Swagger 5 adult electric scooter. The Swagger 5 scooter is supposed to go 18 mph, but had a half charged battery. That meant that we were actually racing neck and neck at 15 mph (25 km/h)!

The batteries in both the MX350 and Pocket Mod are SLA, which is a bit of a bummer. But they still get an advertised 10 miles (16 km) of range. Not that your kids will be going that far – these are basically for tooting around the neighborhood.

Neither have real suspension, but kids are flexible. The cushy seat on the Pocket Mod scooter also makes up for the lack of suspension. And there’s even a little storage compartment under the Pocket Mod’s seat, just like in a real electric moped.

While my 7-year-old nephew could ride either, the 5-year-old wasn’t quite tall enough for the Pocket Mod scooter’s higher seat. And to be honest, his hands weren’t quite big enough to pull the brake on the MX350, even though the size of the bike fit him better. Instead, he just released the throttle and let the motor braking bring him to a stop. That meant he was limited to riding in the yard. The 7 year old could make full use of the bike though, transitioning from street to yard and back. 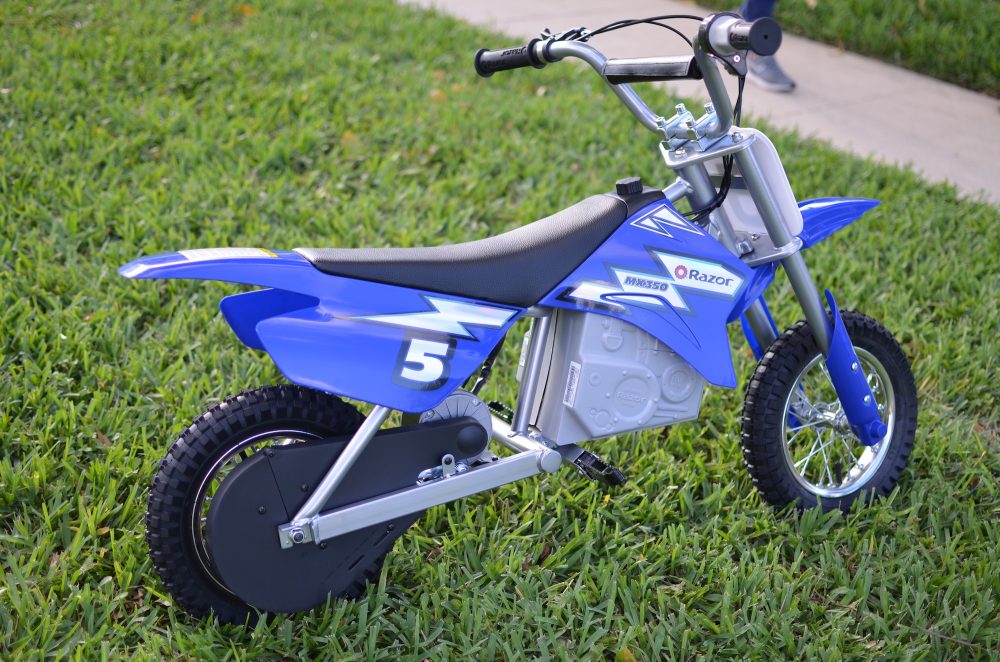 The build quality is also better than I would have expected. Obviously, these are still kid toys, but the frames are sturdy and rigid. They actually have weight limits of 170 lb (77 kg) and so I gave them a try. At 150 lb (70 kg), I could tell that the acceleration was slower with me than with my nephews, but the bikes still worked! I was riding around with my knees pressed up against the handlebars, but they still powered me around just fine. And you know that if the lawyers let them write “Max weight: 170 lb” then they really put a 200+ lb guy on there at some point.

I could even stand on the pegs on the MX350 and not feel like I was stressing the thing close to its limits. That’s not to say that I would recommend these as an alternative to a real e-bike for adults, but they are definitely over-built for kids. Which I guess is what you want for a kid’s ride on, right?

I would have loved if they had some fun little features like horns or lights (the scooter’s light isn’t functional, it’s just a plastic dome). But for under $300, the kids had a blast riding around the street and yard, racing each other and generally just enjoying being kids. I wish I had these electric bikes when I was that age. But at least I can ride them now!

What do you think of the Razor MX350 electric dirt bike and the Pocket Mod electric scooter? Let us know in the comments below!