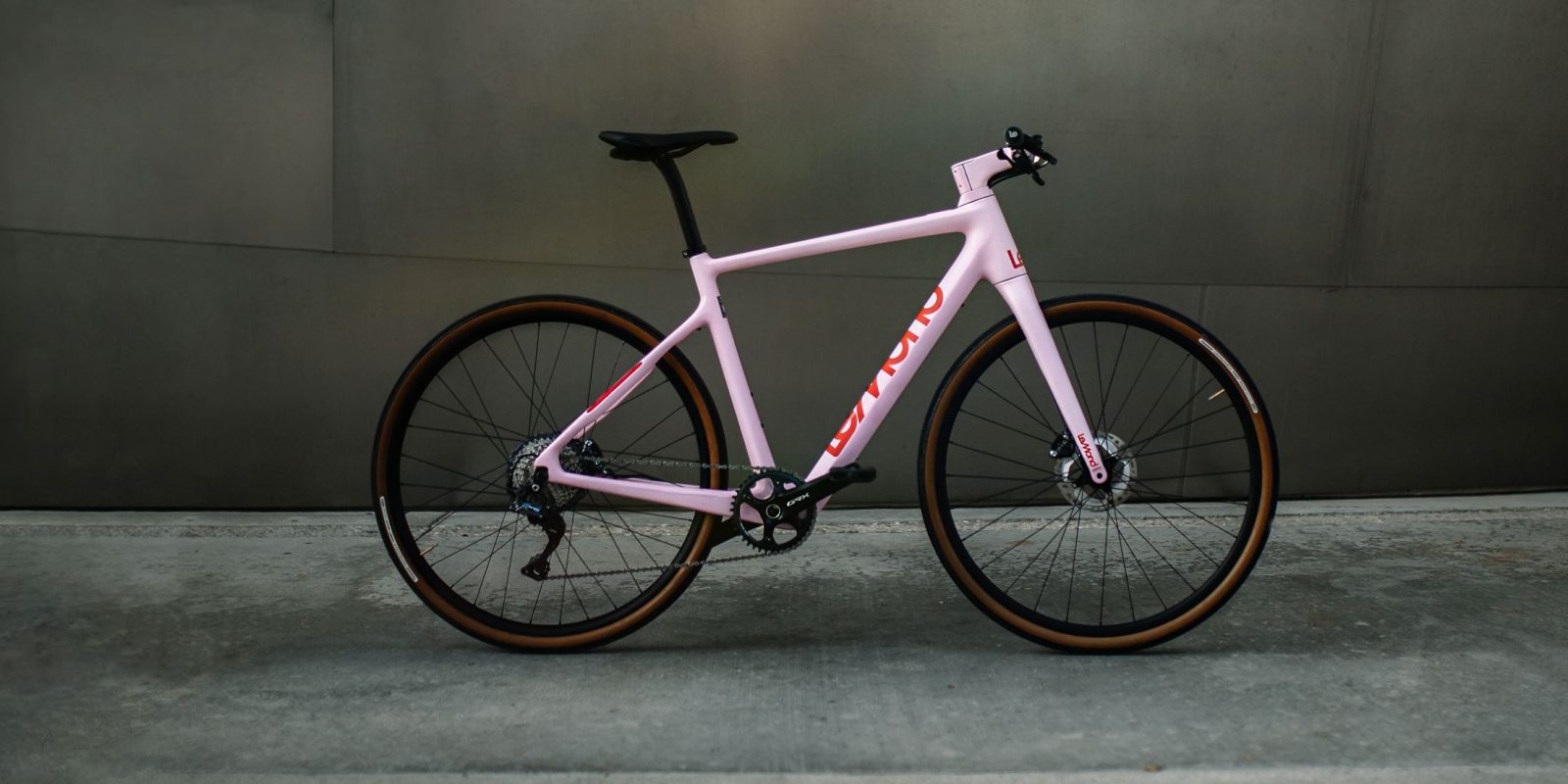 When cycling legend and three-time Tour de France winner Greg LeMond announced he was releasing a pair of new electric bicycle models last year, we knew these weren’t going to be any ordinary e-bikes.

With deliveries set to begin next month, LeMond Cycles is releasing the first official photos of one of the new e-bikes.

The new model, known as the LeMond Prolog, is produced entirely from carbon fiber – not just in the frame but also in the fork, fenders, stem and handlebars. That helps the bike achieve its super-light weight of just 26 lb (11.7 kg).

Despite Greg LeMond’s elite-level athletic background, the LeMond Prolog is designed as an everyday e-bike designed for both fitness riding and urban transportation.

The new photos from photographer Alonso Tal show off the bike’s ultra-clean design. And if pink isn’t your thing, it also comes in white and black.

In fact, it takes a trained eye to even spot that these are electric bicycles.

The 36V integrated battery isn’t overly large at just 250 Wh. That’s less than half of the average battery capacity found on most of today’s throttle-enabled e-bikes. But as a lightweight and efficient pedal-assist e-bike, the LeMond Prolog is still capable of a claimed 45 miles (72 km) of range in the lowest assist setting.

A range that high is is likely more than any casual cyclist will need, but may be enticing for anyone setting out on an extra-long ride.

The fancy spec sheet includes quality components like a Shimano GRX Hydraulic 1×11 drivetrain and a tubeless-compatible aluminum wheelset. There’s even an included Spurcycle bell – a part that can retail for $50 or more on its own!

The LeMond Prolog isn’t cheap at its starting price of $4,500. But that’s not unreasonable for a carbon fiber e-bike like this and falls in line with similarly spec’d carbon e-bikes. Plus, that price is practically a song compared to some of the even more premium electric bicycles we’ve seen.

Could you imagine yourself on one of the many new carbon fiber e-bikes in this new wave of interesting fitness/transport e-bikes we’re seeing lately? Let us know in the comment section below!