There’s a new electric motorcycle debuting next month. And based on early specs it looks like the Ultraviolette F77 may give medium-sized gas sportbikes a run for their money!

Ultraviolette is a Bengaluru, India-based manufacturer that has been working on its F77 electric motorcycle design for the past two years.

The company has now set a date for the big reveal of the Ultraviolette F77, scheduled for November 13th.

While the bike hasn’t been unveiled yet, Ultraviolette knows the game well and has released a few dark teaser images designed to build hype without revealing too many details. And of course, we’ve played our part in the game by toying with the image levels to pull out as much detail as we can. 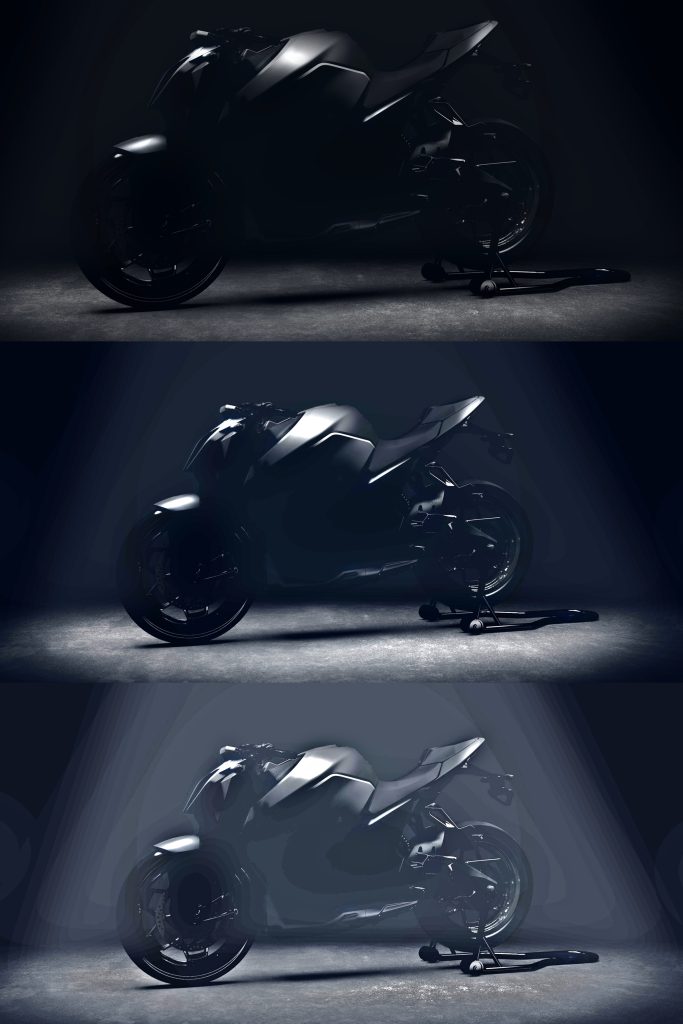 The Ultraviolette F77 appears to be a sportbike with a mid-drive electric motor and an aggressive stance. Pillion pegs and LED lighting can be spotted along with what appears to be a central monoshock, but it’s hard to make out too much else.

While many riders have been itching for a fully-faired electric sportbike, this doesn’t appear to be it. The F77 looks like a naked bike.

Though we recently got wind of Zero testing out a fully-faired SR/F in spy shots, so fans of full fairings might at least have something to look forward to.

Aside from a few teaser shots of the F77, we have some preliminary specs on the bike as well.

Ultraviolette shows off the F77 out-accelerating a 250cc gas bike In a video clip on their site. The video is filmed from above to keep us from getting a good look at the bike, but it shows that the F77 should have some peppy performance that can rival other small and medium sportbikes that are still running on fossil fuels.

The battery capacity and range of the F77 haven’t been revealed yet, but it appears the bike will come with a home charger and will also offer Level 3 DC fast charging, based on the inclusion of a CCS port seen in images on the site. Other images on the site show a battery using cylindrical cells, perhaps 18650 or 21700 cells.

While it isn’t clear if the battery is removable, the number of cells suggests that the battery is likely in the 2-3.5 kWh range, despite the 7200 label on its side that would imply a 7.2 kWh pack.

Thus, multiple removable batteries may be an option on the bike, though it is too soon to know for sure. 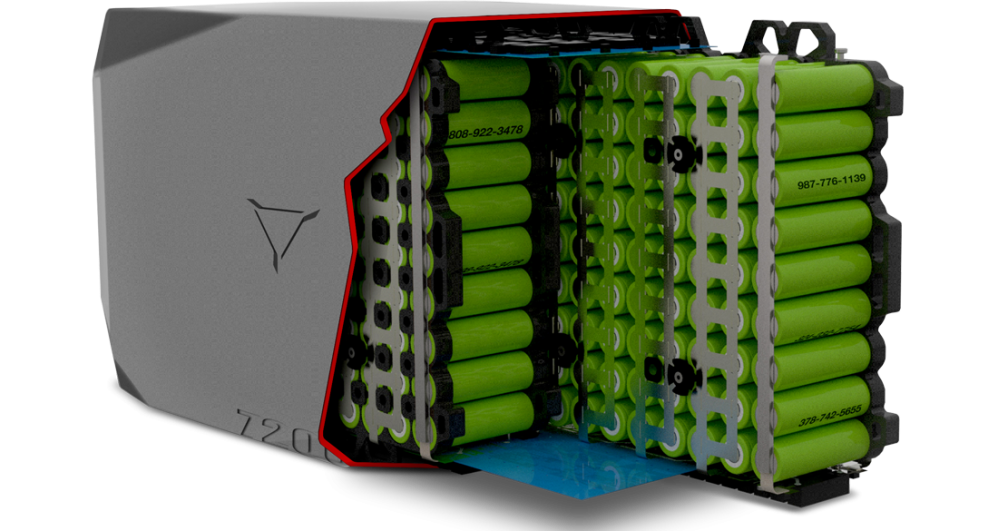 The bike will also offer a number of smart features such as vehicle data telemetry and a “Find my bike” option, in case you forgot where in the parking lot you left your bike.

The company claims that the Ultraviolette F77 will be India’s first true electric sportbike, though they have some competition for that title from the Emflux One. That bike has seen a number of delays though, and thus the F77 could end up beating it to market.

The Ultraviolette F77 seems like one to keep an eye on.

At 25 kW, it’s not going to be competing against the larger offerings from Zero or Lightning anytime soon, though it could give the small but sporty Zero FXS some potential competition.

But the F77 could also wind up being a lot cheaper than models from those larger manufacturers too, which may open the door to many new riders that have been turned of by the high prices of American electric motorcycles.

A lot of the success or failure of this bike will come down to the price. But so far, the specs seem quite interesting. And if the Ultraviolette F77 offers Level 3 charging, that will place it among a select few electric motorcycles to offer that feature.

We’ll be reporting back as soon as we have more info on the bike. Until then, let us know what you think in the comments below!