Australian electric motorcycle company Savic prepares for production Down Under 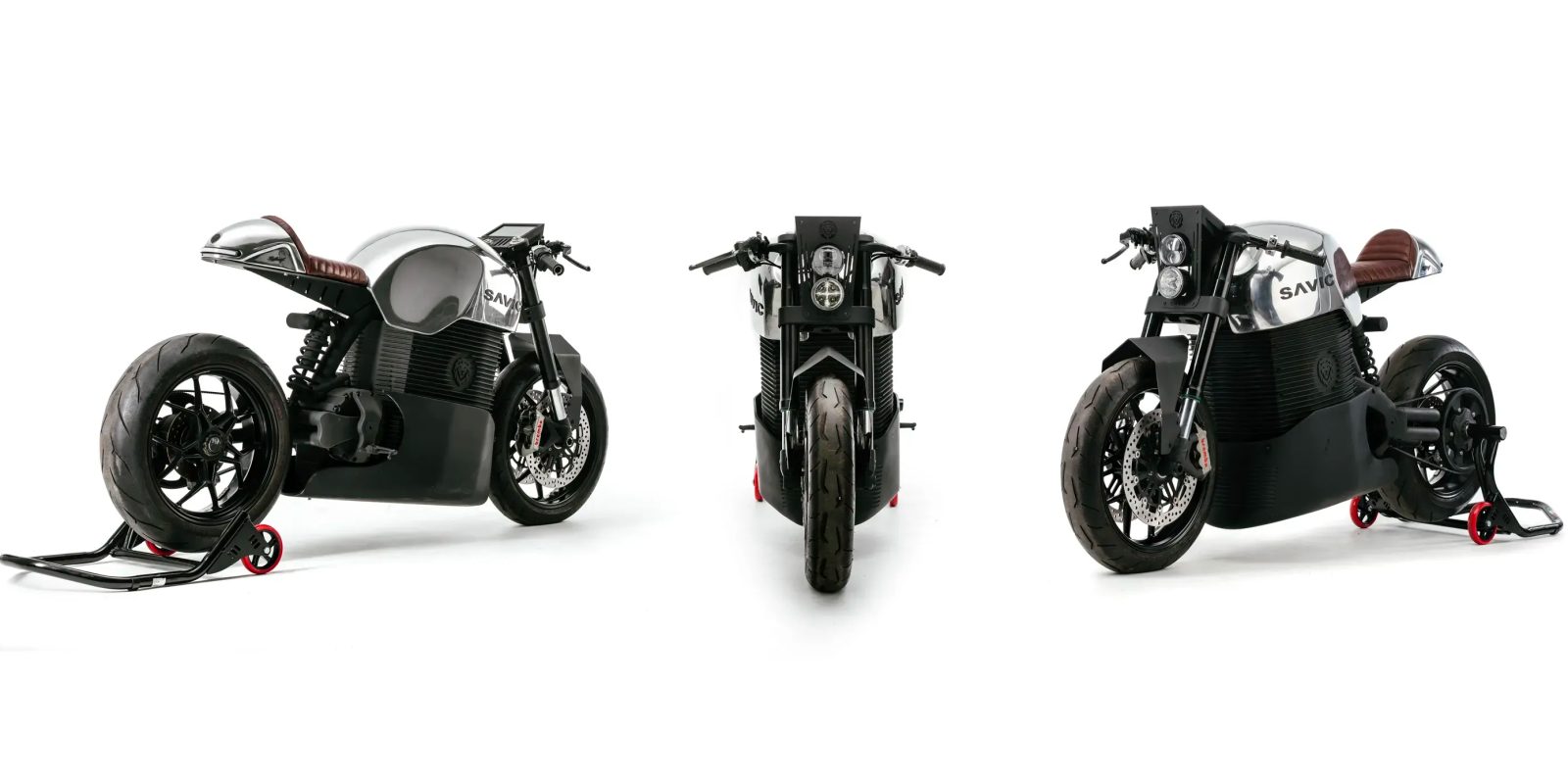 We’ve been following Savic Motorcycles for the last year or so, watching them progress toward commercial release of their electric motorcycles. Now the company is marching closer to production while showing off its new C-Series prototype and a new workshop.

Savic Motorcycles is an Australian electric motorcycle builder currently in pre-production, having recently moved into a larger space to facilitate its expansion.

Everything from the axles, to the nuts, to the rims, it’s all our own design and in-house engineering. The fact that we’ve done all that on the budget we’ve had is pretty rare.

The latest version of the prototype includes fiberglass bodywork, though hand-formed aluminum and carbon bodywork will be available as options.

The design showcases the large battery wrapped in cooling fins, with the belt-driving motor nearly hidden away and disappearing into the single-sided swingarm.

Despite the sheer size of that battery, it actually comes in a bit smaller than the high capacity batteries found on other electric motorcycles such as those from Zero (14.4 kWh), Harley-Davidson LiveWire (15.5 kWh), and Energica (21 kWh).

The largest capacity offering from Savic is an 11 kWh unit that will be available in the company’s flagship Alpha model. It will be rated for a range of 200 km (112 miles) and paired with a 60 kW (80 hp) motor.

That would put it in competition with bikes like the Zero FXS, which offers similar performance figures and a similar price tag.

In fact, Dennis even calls out Zero directly:

The prototype will have 60 kW and 190 Nm of torque at the motor. It’s all direct drive to the rear wheel. We’ve designed the pulleys ourselves, and we’re running a 36mm belt, which is the widest belt, I think, in the EV market. I believe Zero is running 21mm belts, and they’ve been having snapping issues, so we decided to go up. We’ll be adding a lower belt guard as well for production, just to protect it from any rocks. The pulley is our own design, and the spokes on it will line up with the spokes on the wheel, which is ours as well. I just really like those kind of features. It’s billet machined aluminum, anodized black. And we like the red belt color, it looks cool. And it’s 100% faster. More torque if it’s red!

But it’s got a bit further to go before it will be production-ready. Some features, such as the wraparound license plate holder, are still in progress. To be fair, Savic Motorcycles was hit hard by the COVID-19 lockdowns that strangled production in their home of Melbourne, yet were successful at eradicating new cases of the pandemic.

Now the company is quickly receiving the parts they need to continue development and are knocking at the door of beginning low-volume production.

We’ll be sure to update on their story when the company reaches production and is ready to bring an Australian-made electric motorcycle to market.