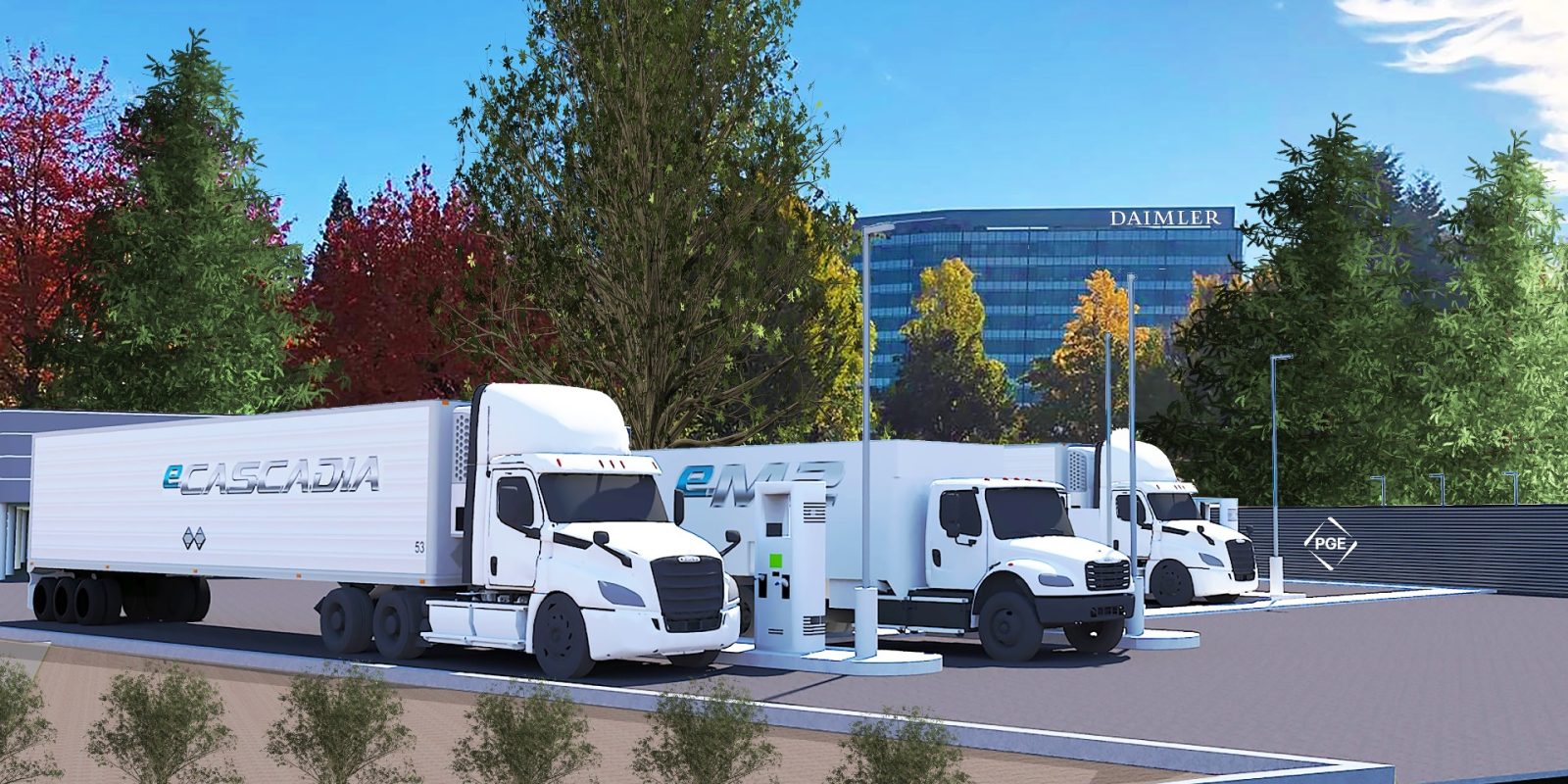 Portland General Electric (NYSE: POR) and Daimler Trucks North America (DTNA) today announced that they are co-developing a large public charging site for medium- and heavy-duty electric trucks. Known as “Electric Island,” it is expected to be the first of its kind in the US.

Electric Island is under construction now near DTNA’s headquarters on Swan Island in Portland, Oregon. It will support up to nine charging stations with charging levels of up to greater than 1 megawatt — more than four times faster than today’s fastest light-duty vehicle chargers — by spring 2021. Lighter vehicles can also use the charging station.

The site was designed to host up to 5 MW of charging infrastructure. The use of on-site energy storage and advanced charge management software could enable additional capacity in the future. The site will initially include chargers that output 200kW or less from a number of different, leading manufacturers of equipment, including but not limited to: ABB, BTC Power, ChargePoint, Power Electronics and Proterra. We are exploring the future deployment of charging infrastructure capable of up to 1.5 MW as technology progresses.

DTNA is also enrolled in PGE’s Green Future Impact renewable energy program, which offers large nonresidential customers the opportunity to source up to 100% of their electricity from a new wind or solar facility in Oregon. So that will makes Electric Island completely net zero.

The electric trucks are coming

The heavy-duty electric vehicles are really and truly coming — like, next year. And seeing how Daimler is the leading heavy-duty truck manufacturer in North America, of course they need a place to charge their e-trucks.

Electric Island is going to help accelerate the development, testing, and deployment of electric commercial vehicles.

Tesla launched its electric truck program in 2017, and they are now expected to go into volume production next year. Tesla received an order for 130 Tesla Semi electric trucks from Walmart Canada in September 2020, and Pride Group Enterprises reserved 150 Tesla Electric Semis with the option to increase to 500 trucks in November this year — possibly its largest order yet. Tesla’s Semis are expected to have a range of 500 miles on a single charge.

In 2018, in what could be seen as a response to Tesla’s truck launch, Daimler launched its own electric truck group, the E-Mobility Group, to consolidate its electric truck strategy. It launched the eCascadia to compete with the Tesla Semi. At 475 kWh, the eCascadia will have a range of up to 250 miles, and can be recharged to around 80% within 90 minutes to cover a further 200 miles. The eCascadia will be brought to volume production in 2022.

Electrek predicted in June that all all new trucks are going to be electric by 2030, in response to California’s new zero-emission truck program, which also spurs on e-truck production and deployment. And the incoming Biden administration asserts that it’s all in for electric vehicles.

So it’s time to ramp up those heavy duty charging stations for big vehicles, and fast. It’s great to see the ribbon symbolically being cut at last on a real semi charging station.