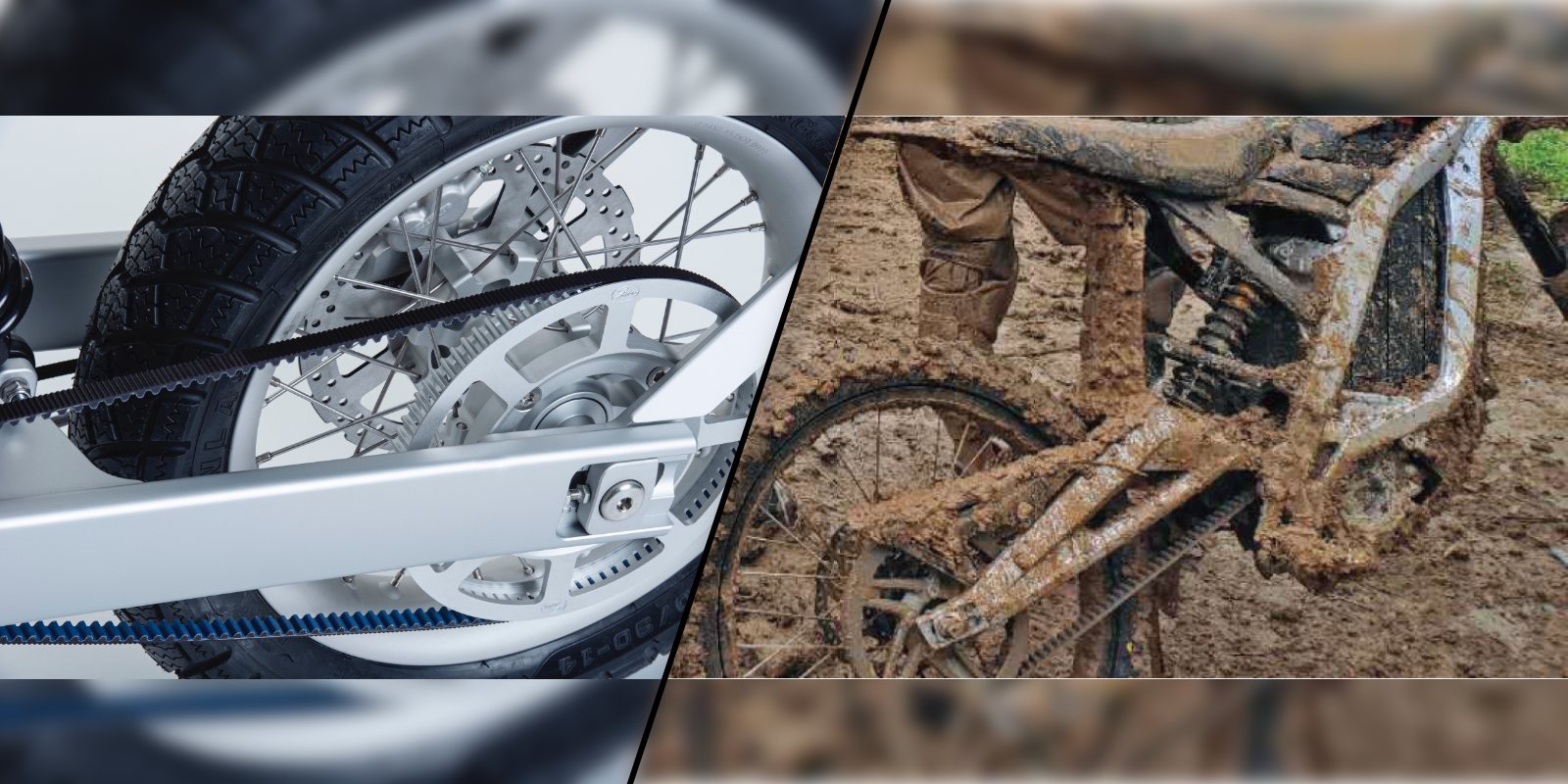 Gates has just released its new sprocket design, which was specifically designed for applications with electric motorcycles and scooters to be used in both on- and off-road environments.

If you take a look at the image below, you’ll instantly see the difference. Those windows or ports on the sprocket create an easy pathway to shed all the junk slung up by off-road tires.

While belt drives have been popular for electric motorcycles and scooters as their noise reduction actually makes a significant difference with the lack of a loud gas engine, extreme off-road vehicles have presented unique challenges to belt drive manufacturers.

The introduction of the MudPort system from Gates further enables belt drives to penetrate the off-road powersports industry.

MudPort builds on Gates Carbon Drive’s fourteen-year legacy of designing sprockets that are perfectly paired to its carbon-fiber belts. An early version of MudPort technology was first used on bicycles starting in 2007. Since then, the technology has been improved and scaled up in power rating by optimizing port design, tooth shape, and materials, and by eliminating flanges where possible. The end-result is a belt-drive system that is expected to increase lifetime in high-debris riding conditions while also reducing weight vs. standard sprocket designs.